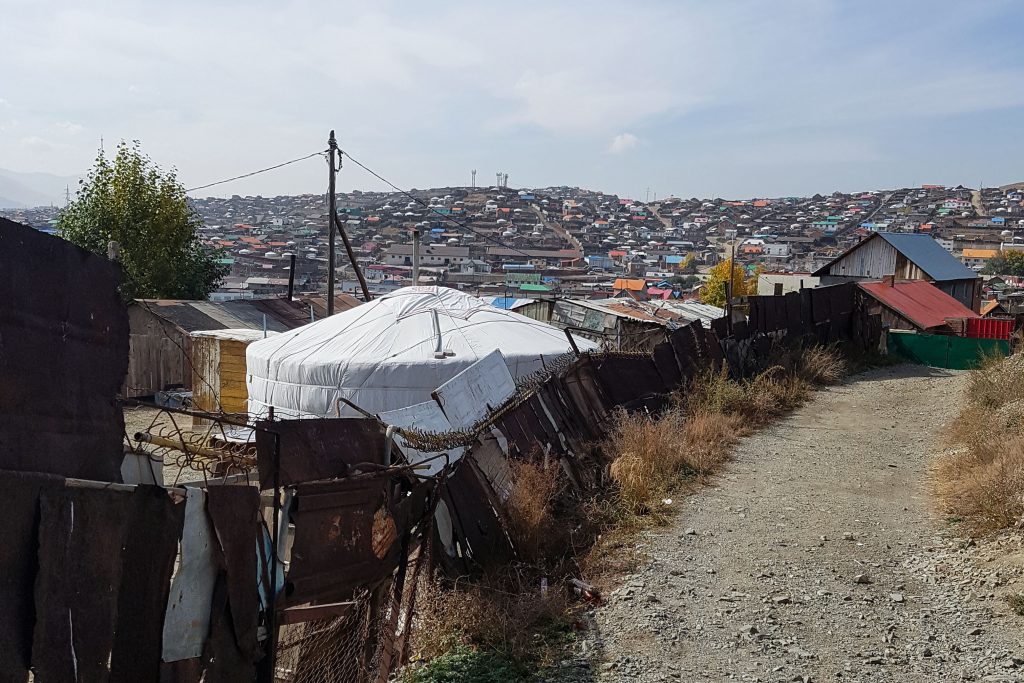 Mongolia is one of the world’s most intriguing nomadic societies with an important Buddhist and Shamanistic heritage, and a varied intangible cultural heritage centered on music, dance, oral traditions, and festivals.

Ulaanbaatar is Mongolia’s capital and largest city. It houses 1.5 million people (or almost half of the country’s population), of which 60% live in gers, the traditional portable round Mongolian tents. Historically, owing to Mongolians being nomadic, ger areas were set up as temporary settlements and lack of auxiliary infrastructure such as transport, water supply, etc. were expected and distinguishable features. Due to the rapid urbanization of the city center, ger areas have become more permanent with residents acquiring property rights.

As tourism in Ulaanbaatar is beginning to be developed, there is little attention directed to the range of cultural heritage assets in ger areas, and their potential for expanding cultural tourism. That is why CDIA, in collaboration with the City of Ulaanbaatar and private and voluntary sectors developed the “Tourism Plan for Cultural Heritage Assets in Ger Areas of Ulaanbaatar.” In the long run, the plan seeks to: 1) increase income and employment opportunities; 2) conserve and make productive use of heritage assets; and 3) link infrastructure investment to tourism development.

The tourism plan presents three packages of infrastructure investments that will offer various tourism-related actions for both built and intangible heritage. CDIA intends to conduct Pre-Feasibility Studies (PFS) on each of the project packages in order to provide more comprehensive information for Ulaanbaatar to make technically and financially sound investments. Once completed, the PFS is expected to feed into Tranche 2 and 3 of Asian Development Bank’s Multitranche Financing Facility on Ulaanbaatar’s Urban Services and Ger Areas Development Investment Program.

In December 2016, two important workshops were held in Ulaanbaatar towards progressing the PFS. The first workshop was attended by representatives from the MUB, non-government organizations, the private sector and other officials involved in the PFS and tourism plan. Through breakout sessions, the results of Strengths, Weaknesses, Opportunities and Threats (SWOT) analysis for each of the aforementioned project packages were presented to the stakeholders, which they in turn, subsequently reaffirmed. Other topics discussed were the institutional structure necessary to implement the packages; and key issues that will be raised with top-level officials of the city in the subsequent workshop.

The second workshop/meeting was attended by two Vice-Mayors of the city and representatives of several MUB departments and key ger organizations in the city. It enabled CDIA and its partners to solicit feedback on the key issues raised in the first workshop, as well as the project packages and tourism plan in general.

“We are happy to see from both events the strong commitment and support of city officials to the tourism plan and the investment packages we are proposing,” said Brian Capati, CDIA’s Municipal Infrastructure Engineer. “Along with the support of City government, enacting the proposed tourism plan also requires a confluence of support from various sectors – the communities that need to be aware of their role as guardians of cultural traditions, and the private sector to see more of the opportunities and assets within the ger areas,” he added.