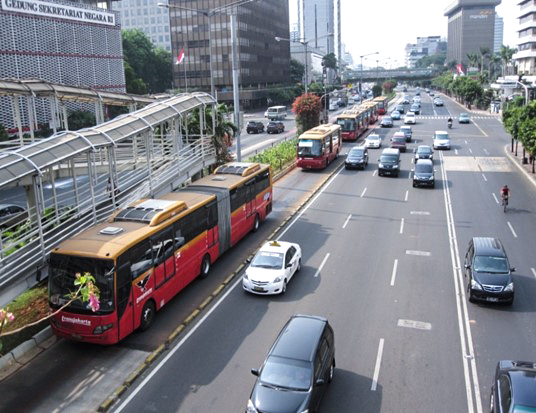 Jinan City in People’s Republic of China (PRC) is set to take on new and more strategic routes to facilitate urban mobility, and ensure that its transport development follows an environmentally, economically and socially sustainable path.

This was following the conduct of CDIA’s project preparation study (PPS), which recommended a sustainable urban mobility plan for Jinan City, and in particular developed the preliminary design and pre-feasibility study (PFS) for the Green Trolley Bus Network Pilot Project.

Jinan City, popularly known as the “City of Spring” because of springs underneath its urban center, has unique mobility issues that tagged the city as the most congested city in PRC in the first quarter of 2016.

Jinan’s public transit system is inadequate and lacking efficiency to meet the demand of its 7 million population. Congruently, over the past years, car ownership in Jinan has been increasing by 20% annually, reaching 1.67 million vehicles in 2015. Motor exhaust emissions accounted for more than ¼ of total air pollutants, thus further increasing air pollution in the city.

Upon completion in 2030, the Green Trolley Bus Project is expected to cater to 134,000 passengers in the morning peak hour or 21% of total public transit system flow.

“CDIA’s technical assistance in project preparation is really helpful and it enables us to meet the earliest possible schedule for the project implementation,” said Mr. Yao, Deputy Director of the Transportation Bureau in Jinan City.

Following the completion of the PFS, a fact-finding mission by the Asian Development Bank (ADB) has been recently undertaken in Jinan to prepare the loan for the transport improvement project.

“CDIA’s PFS helped make the loan process a lot easier; and the team’s work is good,” said Ki-joon Kim, Principal Transport Specialist of ADB. “It sought to improve Jinan’s urban public transport service through improved travel demand management; and demonstrated how the trolley bus system can support the above purpose at the same time reduce air pollution in the city,” he added.