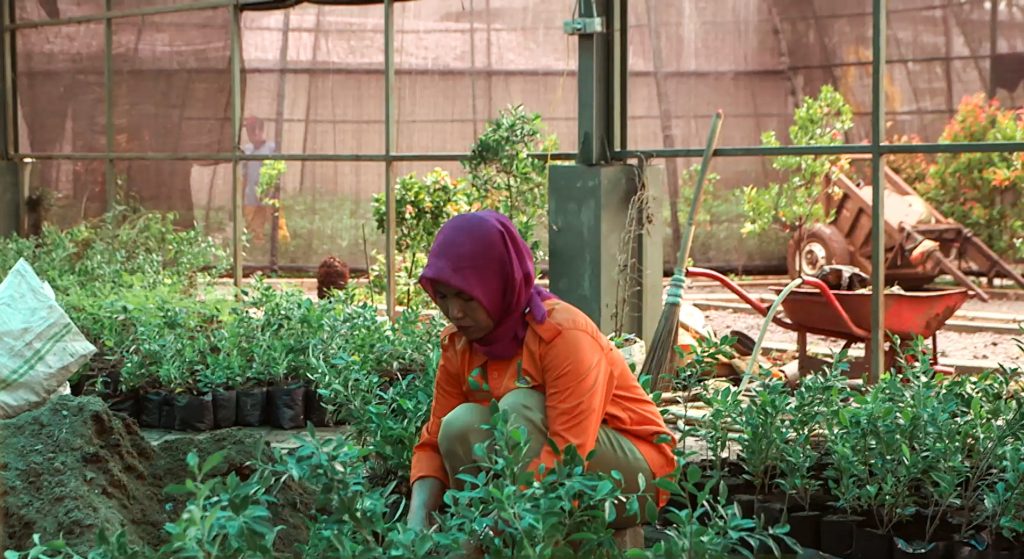 Tangerang City’s transformation from being one of the dirtiest cities in Indonesia in 2006 to being a Clean and Green (Adipura Kencana) awardee in recent years speaks volume of what the city has done to reduce the solid waste of its 2 million population, and how CDIA contributed to this process. In December 2016, CDIA sought to capture in a video documentation how this transformation became possible.

CDIA carried out a pre-feasibility study (PFS) in 2013 to revitalize Tangerang City’s solid waste management program. Three years after, the city government took some of the recommendations from the PFS; and implemented those measures using their own resources.

“The PFS increased our technical knowledge, and some of our actions now are still based on it,” said Anna Susanti, Section Head of Technical Sanitary Planning Office of Tangerang City.

By 2016, Tangerang City has re-engineered the Rawa Kucing Landfill from an open dumping site into a sanitary landfill, applying technologies such as geomembrane to prevent environmental problems. More than 2 hectares of land have moreover been turned into green spaces for the public to enjoy, contrary to the conventional image of a dirty, smelly place to avoid.

The city government understands the importance of involving the communities in the solid waste program that is why as mentioned also in CDIA’s PFS, Tangerang City expanded their waste bank program. To date, about 1,000 waste banks have been established, giving additional income opportunities to community members in exchange for their recyclable wastes.

“We are glad to see that our solid waste management program has helped in the social awareness and encouraged people to do segregation,” said Ms. Susanti. “They have come to realize that by managing their wastes, they are not only getting additional income, they are also taking care of the environment,” she added.

“CDIA is quite proud to have seen the wonderful transformation of Tangerang City, and we hope that by sharing this video, other Asian cities could pick up lessons from their experience,” said Mrs. Claudia Hermes, CDIA-GIZ Program Coordinator. “Truly, much can be done if the city has a sustainable approach to urban development, and it is complemented by political commitment and active involvement of the people,” she added.