There is more to Balikpapan Landfill than meets the eye 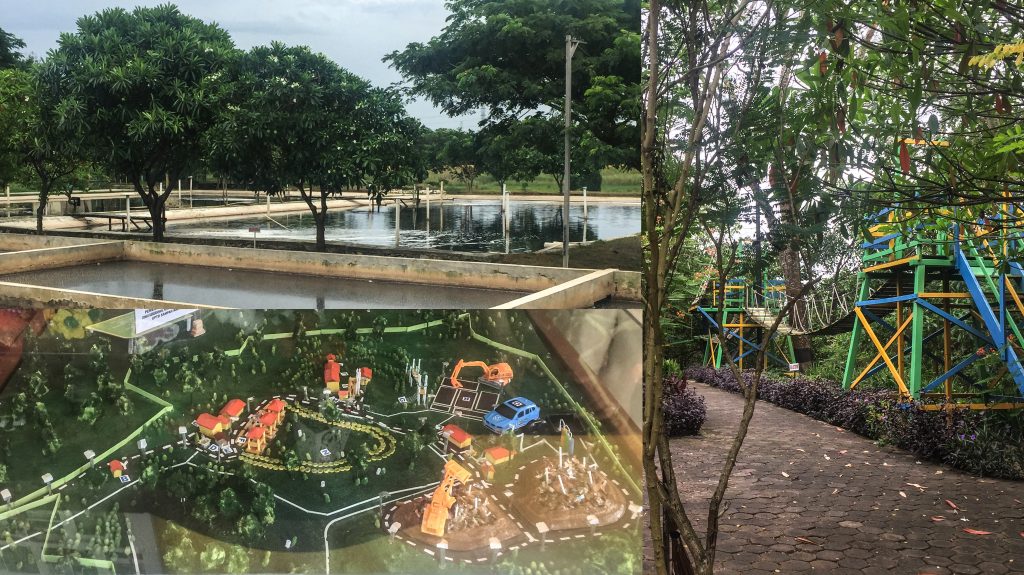 A landfill with its mounds of waste is typically a place to avoid. But the Manggar Landfill in Balikpapan City in Indonesia is an exception to this rule as it has been developed as a place for people to meet.

Balikpapan’s landfill has amenities that draw people to it such as a zip line, children’s playground, sauna, picnicking facilities and a small gallery where art objects made from recycled materials are exhibited. While having fun, visitors may also learn about the city’s solid waste management (SWM) program and the means by which they can usefully participate in reducing, reusing and recycling their own waste.

In 2013, CDIA conducted a pre-feasibility study (PFS) that noted major environmental, health and safety concerns at the Manggar landfill. Its operation at that time, whilst good, was not fully up to standard for a sanitary landfill while its leachate treatment plant (LTP) did not fully treat liquids trapped inside the landfill before they were discharged to waterways.

Four years later, the local government has instituted multiple interventions derived from CDIA’s PFS using their own resources. Following his visit in February 2017, CDIA’s Sr. Infrastructure Finance Specialist Stuart King reported that, “technically, the landfill is professionally operated and  incorporates a number of impressive features that address many of the key  issues indicated in our PFS.”

Regarding waste-to-energy provision, the methane extracted from the landfill cells is now being used to fuel a generator that supplies electricity for the SWM facility and provides gas supply to houses nearby. Meanwhile, trucks with household waste are channeled to landfill cells while those with waste from traditional markets go straight to composting facilities.

The government is in the process of taking forward more of CDIA’s recommendations including the construction of an intermediate treatment facility (ITF) in Kota Hijau worth Rp. 10 billion (approx. $800,000) and a material recovery facility (MRF) in Gunung Bahagia worth Rp. 1.5 billion (approx. $120,000). The ITF will be used to separate organic from inorganic waste and convert the organic into compost; while the MRF will be used to separate recyclable materials from general household waste.

“These initiatives are just some of the many steps that Balikpapan City has taken to adopt an integrated approach from waste minimization to final disposal,” said Mr. King. “We are pleased that CDIA has contributed to the vision of ‘green city, zero waste and sustainable development,” he added.