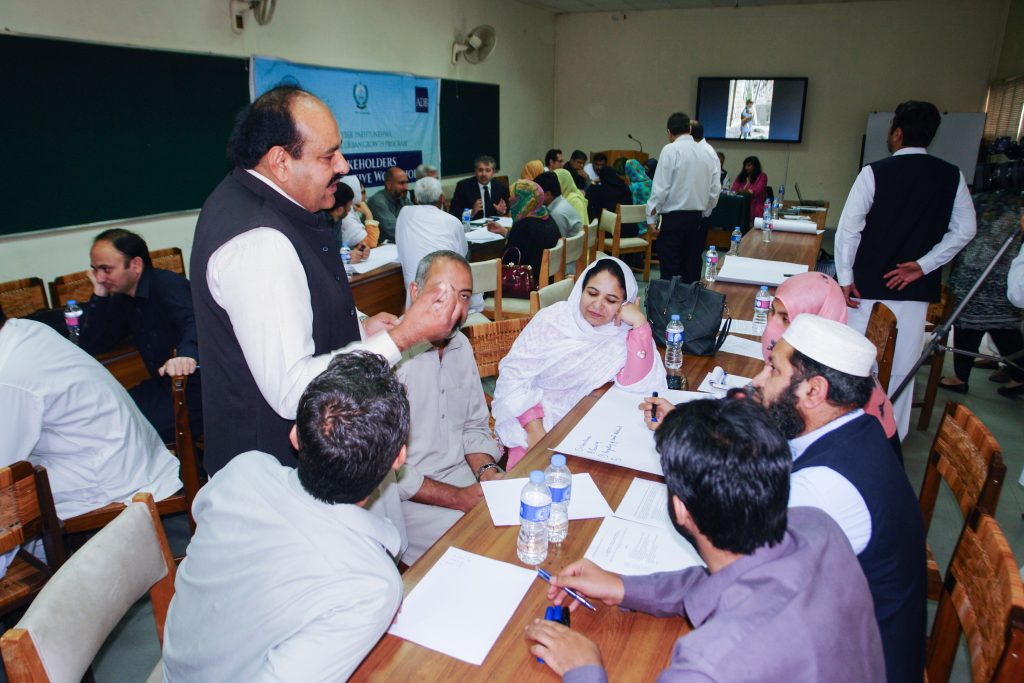 Local citizens have recommended to the Government of Khyber Pakhtunkhwa in Pakistan to build resilient and inclusive cities for future socio-economic growth. The key recommendations were provided during community consultation workshops involving different stakeholder groups from various cities.

CDIA is supporting the Government of Khyber Pakhtunkhwa in preparing 15-year City Development Plans (CDPs) for the cities of Peshawar, Mardan and Abbottabad. Currently, these cities lack strategic plans that reflect growth-oriented development. CDIA is preparing the plans in close coordination with the Urban Policy & Planning Unit (UPU), Planning and Development Department, Government of Khyber Pakhtunkhwa.

The recommendations reflected the vision, which citizens have for the kind of city they want to live in. Citizens also presented a priority list of investments that cities should consider to build future resilience, inclusion and opportunities (including job creation). The list indicates areas of investment to ensure improved quality of life for all city residents, including the vulnerable population.

Citizens in Peshawar called for more ‘smart-city’ investments that would lead to increased economic opportunities, employment and social inclusion. Citizens of Abbottabad on the other hand, envisaged their city to become the tourism hub of Pakistan, and making it well-managed, livable and appealing. Finally, citizens of Mardan highlighted the importance of ensuring sustainable ecosystems, better transport system, and strengthening social service delivery systems.

“The stakeholder consultations are a very important part of our planning and development process. Our aim is to increase transparency in our work and get insights into issues, which directly impact the local communities,” said Mr. Khan. “These insights will pave the way for preparing investment priorities which are wanted and needed by the people. By working together with all key stakeholders, the Government aims to build trust and consensus. This will also lead to better decision making and effective outcomes,” he added.

CDIA’s Senior Urban Environmental Engineer Neil Chadder, who manages the CDIA intervention in Khyber Pakhtunkhwa informed that CDIA’s technical support aims to structure priority investment projects that would promote urban development in the Province. “To achieve that, it is important to consult stakeholders and know what they want. This is the only way to ensure that any urban development investment proposed by citizens is demand-driven. We need to make sure it has a direct and positive impact on the people,” Mr. Chadder asserted.

CDIA’s work in Khyber Pakhtunkhwa is based on the upstream urban resilience assessment studies funded by the Asian Development Bank’s (ADB) Urban Climate Change Resilience Trust Fund (UCCRTF). CDIA is currently finalizing the long list of potential investment sub-projects, which will be discussed with stakeholders at workshops to be held at each city in mid-May. The outcome will be the identification of priority sub-projects which will be taken forward to pre-feasibility study level in the second half of the project. The Final Report is scheduled for presentation in early August 2017. 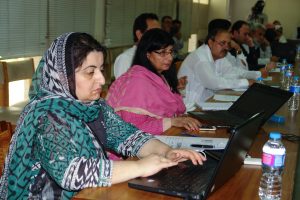 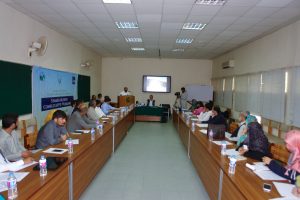 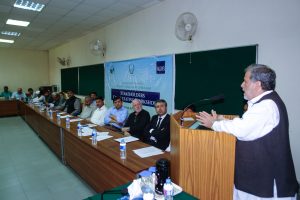 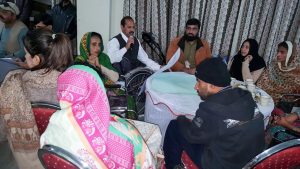