Unfazed by fire, Semarang City Primes for the Revival of Its Famous Traditional Market

Semarang City boasts of Pasar Johar, the largest traditional market in Central Java, Indonesia. The market used to rent out 7,800 stalls to 6,400 vendors who were mostly women micro-entrepreneurs. Despite its popularity, the market was in a dilapidated condition with high exposure to climate risks, and lacked the basic facilities to support the efficient functioning of a traditional market.

In 2014, CDIA helped the city government to revitalize Pasar Johar and its surrounding area to increase its competitiveness as a trade center while preserving its historic buildings. The years after the completion of CDIA’s pre-feasibility study (PFS) however, have not been easy for the city, as Pasar Johar was subjected to two incidences of fire, which razed the heritage buildings and forced many vendors to relocate to temporary markets or occupy the nearby side streets.

But a resilient Semarang is now putting the past behind, as the city primes for the revival of its famed Pasar Johar.

This is what CDIA witnessed from its monitoring visit in April of this year. To date, the city government, through its Spatial Planning Office has completed the feasibility study and detailed engineering design (DED) for the reconstruction of the market complex.

Interestingly, some components from CDIA’s PFS in 2014 have been integrated into the DED. Among them are the revitalization, restoration and climate-proofing of the original structure of Pasar Johar Selatan and Pasar Johar Tengah (heritage buildings), redevelopment of Yaik Permai and Yaik Baru building blocks, and re-creation of Alun-alun (a public square).

CDIA’s recommendation of a private sector-led commercial development was excluded from the final rehabilitation plan due to a recent government policy that prohibits the city from using private financing in the development of traditional markets.

A budget of Rp 742 billion ($56 M) was requested from the Ministry of Finance, of which Rp 50 billion ($3.7 M) have been allocated for the investigation of structural soundness and strengthening of the columns of the heritage buildings affected by fire in 2015. Construction is set to be completed by 2019.

With 6, 075 vendors expected to be accommodated by the revitalized Pasar Johar, this traditional market will undoubtedly bustle again as the trade center of Semarang! 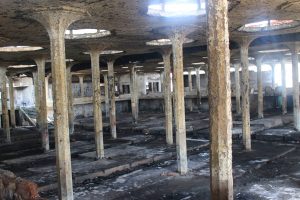 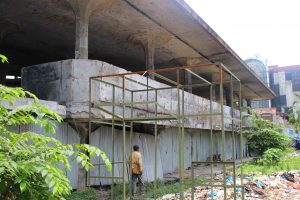 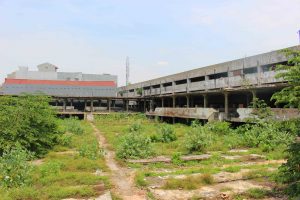 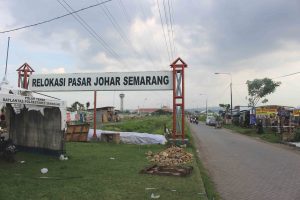