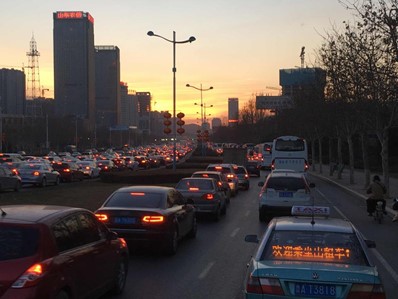 In December 2016, CDIA concluded its project preparation study (PPS) for Jinan City in People’s Republic of China, which recommended a sustainable urban mobility plan for the city, and developed the preliminary design and pre-feasibility study for the trolleybus-based public transport network for the central areas of Jinan.

Upon completion of the study, the Asian Development Bank (ADB) started preparing for the loan process for Jinan’s Sustainable Urban Mobility Development Project in the amount of USD 150 million. Part of its due diligence was the project preparatory technical assistance (PPTA), in which the CDIA PPS served as an important reference.

“We are pleased to have directly contributed to ADB’s PPTA,” said Zhang Yu, CDIA’s Senior Project Development Specialist in China. “ADB’s inclusion of our outputs indicates that we are getting closer to turning our PPS into actual infrastructure that will help Jinan City address its urban mobility issues,” she added.

To assist the PPTA implementation, CDIA extended its engagement so that the findings of the study, surveys and consultations; together with the methodologies and design principles could be explained in detail and shared fully with the ADB PPTA team.

As a result, many facets of the CDIA PPS have been reflected in the ADB’s PPTA, which will then be taken to the next level of planning and project preparation. These include among others, the CDIA-proposed corridor plan, bus route plan, Intelligent Transit System (ITS), bus fleet estimation, and cost estimation for the trolleybus network project. CDIA has also supported ADB to further refine the travel demand model by providing the transit demand forecast, including the prospective road network, transit system, and passenger origin destination matrix, among others.

CDIA consultants have moreover proposed design studies on the logo and architectural styles for the stations, drawing inspirations from the city’s cultural elements, the current BRT station in Jinan, as well as famous BRT stations in other countries.

Jinan City, popularly known as the “City of Springs” because of springs underneath its urban center, has unique mobility issues that tagged the city as the most congested city in PRC in the first quarter of 2016. Its public transport system is inadequate and lacking efficiency to meet the demand of its 7 million population. Congruently, car ownership in recent years have been increasing by 20% annually, with motor exhaust emissions accounting for more than ¼ of total air pollutants in the city.

CDIA’s assistance was anchored on the need to develop an integrated and sustainable urban center transport system for Jinan, improve its transit service, and promote clean fuels and new energy vehicles.