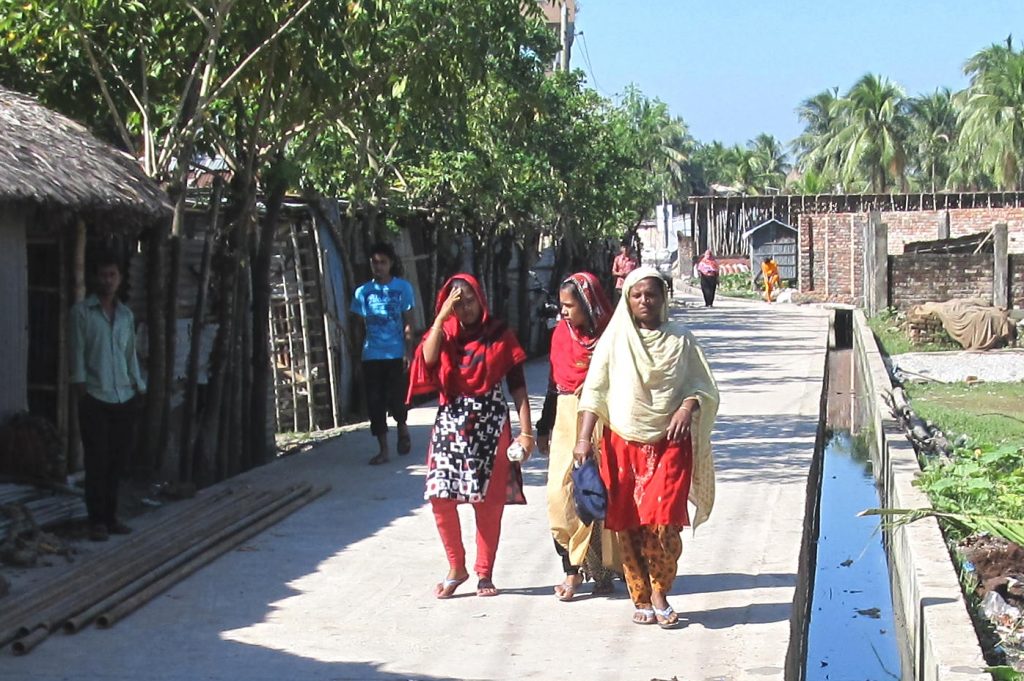 More than 200,000 urban poor in Khulna City, Bangladesh are living under better health conditions and are now more resilient towards environmental risks and climate change with the implementation of the road and transport project that CDIA helped to plan in 2008.

The project is embedded in the City Region Development Project (CRDP) co-financed by the Asian Development Bank (ADB) and the Kreditanstalt für Wiederaufbau (KfW), in which KfW took care of the Pro-Poor and Green Urban Transport Sub-Project. Its implementation started in 2013, taking into account the findings from the 2009 Medium-term Prioritized Urban Infrastructure Program (MTPUIP) Transport Sector Study.

The project has two key objectives – to decrease the vulnerability of the city against flooding, and improve accessibility and mobility of low-income residents. Apart from these main benefits, it helps to improve the health status of the urban poor in several ways.

In fact prior to the project, the transport system of Khulna was characterized by poor condition of roads and lack of footpaths and drains. Congestion and consequently the number of road accidents was growing. This was particularly hazardous for pedestrians, who mostly come from poorer sectors of society. Poorly-lit roads compounded the problem, especially impairing the safety of women on journeys after dark.

Additionally, some access roads were continuously inundated for up to six months per year. The floodwater did not only cause damage and disruption, but often rendered mobility impossible in slum areas that were already difficult to access. This produced loss of income and impeded the access of urban poor and disadvantaged people to basic services, such as health facilities. It further led to serious illnesses and injuries.

The infrastructure improvements from the road and transport project helped improve the quality of life drastically. Among the construction works that have been completed, the most notable components are dedicated non-motorized transport (NMT) lanes, access road enhancements, safety measures including footpaths, speed breakers, pedestrian ramps and street lighting, as well as riverbank protection works and drainage channels.

The new solar-powered street lamps constitute an additional security measure in previously poorly lit roads, especially for the most vulnerable groups who walk out of necessity: women, children, elderly and the poor.

Likewise, access road improvements in the slum areas along with the riverbank protection and roadside drainage help prevent flooding. As of now, 17 wards being home to about 200,000 urban poor are benefiting from a well-constructed drainage system, improving the access to basic services and at the same time reducing serious health risks. It prevents vector-borne diseases such as malaria and dengue fever arising from stagnant water, which can provide prolific and dangerous breeding grounds for mosquitoes. Flood protection likewise alleviates infection risks from having to walk through floodwater and water-borne diseases like diarrhea, spread through contaminated ground/drinking water.

Lastly, the savings in road maintenance due to flood prevention and reduced medical expenses resulting from the downsized number of accidents could now be invested in the development of further infrastructure facilities and climate change adaptation measures.

Overall, the project is a paramount example of how inclusive urban infrastructure projects could safeguard public health by ensuring adequate road safety measures, improved flood management, and better drainage systems based on the needs of the Khulna City residents.

Before and After Project Implementation 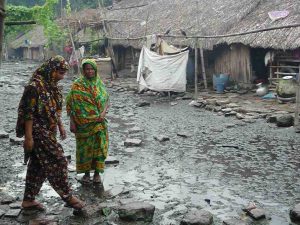 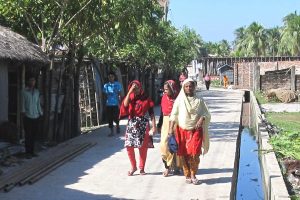