CDIA Identifies Priorities for the Rehabilitation of the Tbilisi Metro System 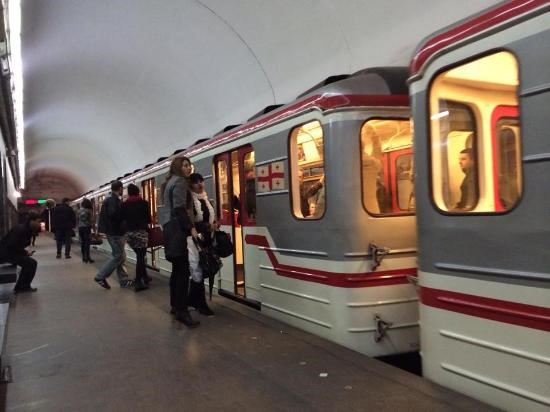 Through its pre-feasibility study (PFS) in Tbilisi, Georgia, CDIA recommended specific rehabilitation works for the city’s metro system – and do it quickly to ensure the safety of its 300,000 daily passengers.

Tbilisi Metro opened in 1966 as one of the earliest systems in the former Soviet Union. Currently, it comprises two lines, one from Akhmeteli to Varketili and the other from Moedani to Vazha-Pshavela with a total length of 27.1 km. It is operated by the Tbilisi Transport Company (TTC).

Despite effective management and stable performance, CDIA found out that the metro system needs urgent rehabilitation since most of its components are outdated and dilapidated, with significant public safety concerns.

To address this, CDIA proposed to the city government specific rehabilitation works in the next five years and beyond with the objective of meeting present day technical, operational, safety and accessibility standards. CDIA further prioritized the rehabilitation works based on a multi-criteria analysis. Total investment for the project is estimated at USD 359 million.

Emergency repairs for safety-related components such as cables and 32 ventilators will take precedence over other rehabilitation works, as they are most urgently required. The Asian Development Bank (ADB) under its Sustainable Urban Transport Investment Program (SUTIP) has agreed to finance the initial phase for a total investment of USD 10 million.

To ensure that emergency repairs for these prioritized components can proceed smoothly, CDIA is set to extend the contract of its PFS consultants to include the preparation of technical specifications for the cabling and ventilator components, which will be included in the ADB’s tendering documents.

“For the first time, we have broadened our sphere of involvement to include technical specification preparatory work leading to actual project implementation,” said Neil Chadder, CDIA’s Senior Urban Environmental Engineer. “This indicates our commitment to go the extra mile to facilitate immediate project implementation, especially when the urgency of our proposed measures could not be emphasized enough,” he added.