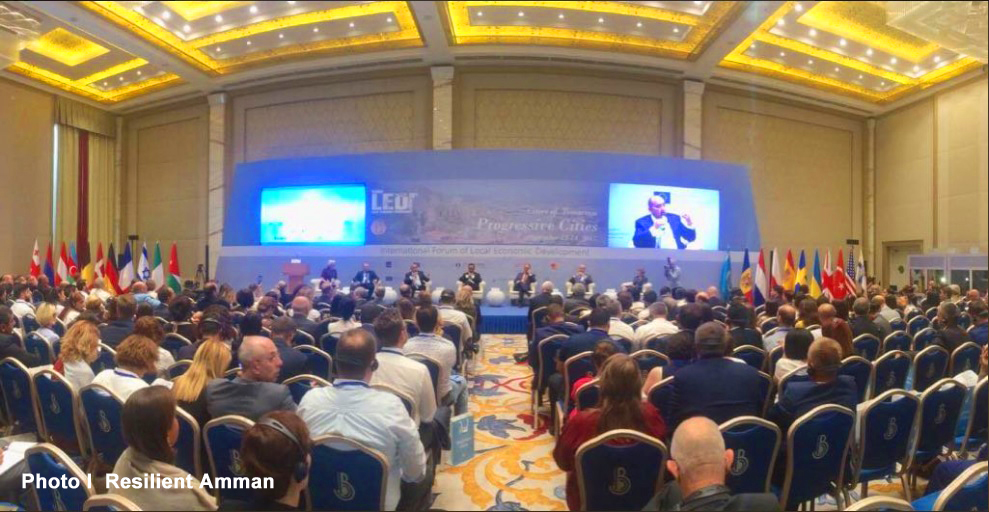 Mobility conditions in Tbilisi, Georgia have worsened in recent years due to high road congestion, increased car ownership, and poor quality of public transport, among others. The good news is that the wheels of change have already been put into motion by City Hall, which highlighted the topic of sustainable urban transport at the 10th International Forum for Local Economic Development (LED), held 13-14 September 2017 at The Biltmore Hotel in Tbilisi.

In one of the sessions titled, “Future Cities,” CDIA’s Senior Urban Environmental Engineer Neil Chadder shared how CDIA is working closely with the city government in shifting towards sustainable urban public transport. “What we at CDIA are helping the City to do is to make public transport the most attractive option. People make individual choices, but let’s make the choice easy for people,” he said.

Mr. Chadder presented the key findings of the two project preparation studies that CDIA recently conducted to help revitalize Tbilisi’s public transport system. The first was the Tbilisi Bus Network Study, which proposes to the city government concrete courses of action to improve the quality of the city’s bus network and introduce an efficient surface transit system in line with its Sustainable Urban Transport Strategy 2015-2030. On the other hand, the Metro Upgrade Study proposes specific rehabilitation works in the next five years and beyond in order to meet present-day technical, operational, safety and accessibility standards. Both studies aim to help the city government make sound infrastructure investment decisions.

CDIA will further extend its expert support to guide its transport office in taking the study recommendations further.

“Because of this work, priority investments for both bus network improvement and upgrades for the Tbilisi Metro have been identified, of which some will likely be financed through [ADB’s] Sustainable Urban Transport Improvement Project,” said Mr. Bambang Susantono, Asian Development Bank’s Vice President for Knowledge Management and Sustainable Development in his keynote address.

The LED Forum is held every year in Tbilisi since 2007 with the participation of international and local cities. It is organized by Tbilisi City Hall in cooperation with partner organizations, institutions and other professional agencies to address a host of challenges that hamper the city’s flexibility in developing program targets and tailoring activities to meet local needs and priorities.