CDIA Shares its 2017 Accomplishments with the Advisory Panel and Stakeholders 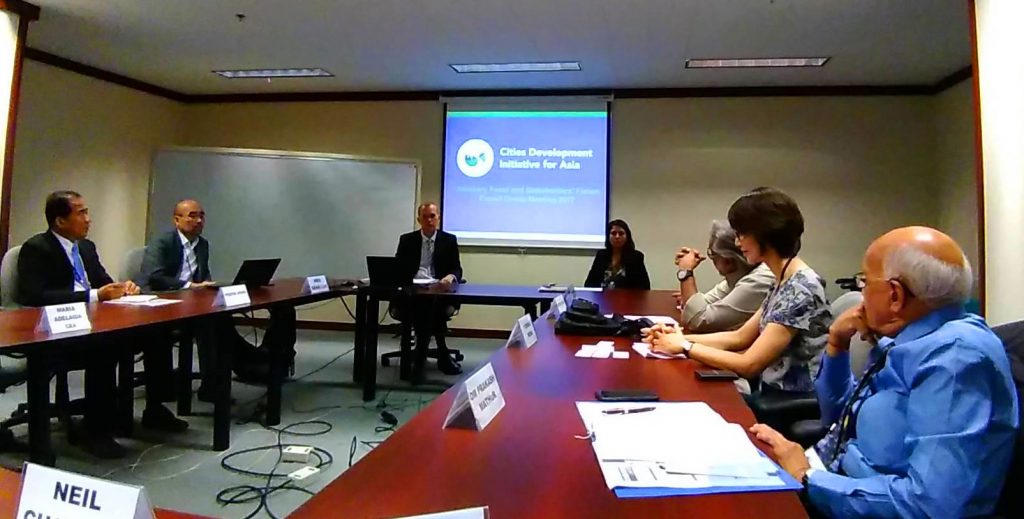 The CDIA Advisory Panel and Stakeholders’ Forum Expert Group (AP-SHFEG), composed of representatives from CDIA partner cities as well as national and regional partner organizations, gathered in an annual meeting on 23 November 2017 at the Asian Development Bank (ADB) Headquarters in Manila Philippines. The meeting served as a venue for sharing an overview of CDIA’s activities and progress in the past year, at the same time heeding insights from the group on the strategic directions of CDIA.

This year, the AP-SHFEG meeting was held in line with the celebration of CDIA’s 10th year anniversary. For this purpose, the meeting was conducted to also acknowledge the invaluable contributions and advice of the AP-SHFEG members, and reflect on the milestones of CDIA and its partnership with them in the past 10 years.

Beyond this, the meeting also gave light to CDIA’s future as Mr. Neil Chadder presented the CDIA Trust Fund, after which, a lively and insightful discussion capped off the meeting.