The water that runs down the drain from households and commercial establishments is a mixture of grey and black water. Without proper treatment, it causes environmental pollution and affects public health which, in turn, undermine the city’s poverty reduction and economic development efforts.

With the goal of helping Mataram City in Indonesia collect and treat its wastewater, CDIA recently completed a project preparation study (PPS), which comprehensively reviewed the existing technical, social, environmental, and climate change issues surrounding wastewater and septage management in the city. To address these issues, CDIA has prepared a long term wastewater infrastructure development plan and completed the technical design options for the proposed infrastructure.

More specifically, CDIA has identified a 20-year strategy, which will be implemented in four phases until 2037 to help meet the country’s 100/0/100 goal – an important aim to reach 100 per cent access to potable water, 0 slums, and 100 per cent access to sanitation for urban inhabitants. Infrastructure investment targeted at developing a sewerage system network, household connections, wastewater treatment plant and septage treatment will be implemented simultaneously, yet gradually, within the set timeframe.

The wastewater development plan targets the city’s most densely populated (>150 inhabitants/hectare), as well as its most environmentally-affected areas. By the end of Phase 1 (2027), over 40% of the city’s wastewater is expected to be collected and treated effectively via a sewerage network with the remainder being collected in septic tanks.  In the subsequent two phases, the sewerage network will continue to be expanded across the city.

With no city-wide wastewater infrastructure currently in place, environmental health is one of the most serious issues affecting Mataram’s sanitation. Households, restaurants and markets dispose of their sewage and solid waste directly into rivers or creeks, which causes surface water pollution in the city. Congruently, despite Mataram’s attractiveness as a tourist spot and its success story on poverty reduction [from 16.3% in 2008 down to 9.8% in 2016], public health is at critical risk due to poor hygiene and sanitation conditions.

These situations are compounded by lack of budget allocation for environmental protection and sanitation, which accounts for only 2% of the city’s budget. It is in this respect that CDIA’s work appears to be crucial: firstly, to help the city identify investment priorities and secondly, to link such plans to financing opportunities.

CDIA’s assistance is in support of the city’s development plans, and the country’s legislation and priorities, such as the Universal Sanitation Access Program. The study is likewise in line with the project preparatory work of the Asian Development Bank (ADB) under the Sewerage System Development Project (SSDP) to be implemented in the cities of Mataram, Banda Aceh and Bekasi.  The SSDP supports: 1) rehabilitation and construction of offsite and on-site wastewater management systems; 2) establishment of effective service delivery system, and 3) implementation of public awareness campaigns.

Upon completion, the SSDP is expected to close the infrastructure gap that will ensure better health and environmental conditions in the three cities, at the same time build their resilience against the impacts of climate change and other shocks and stresses. 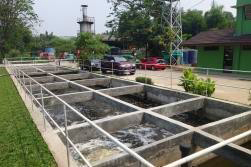 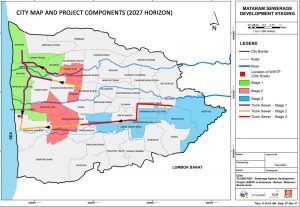 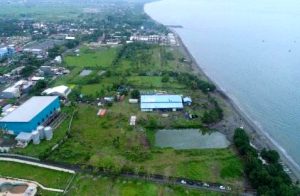