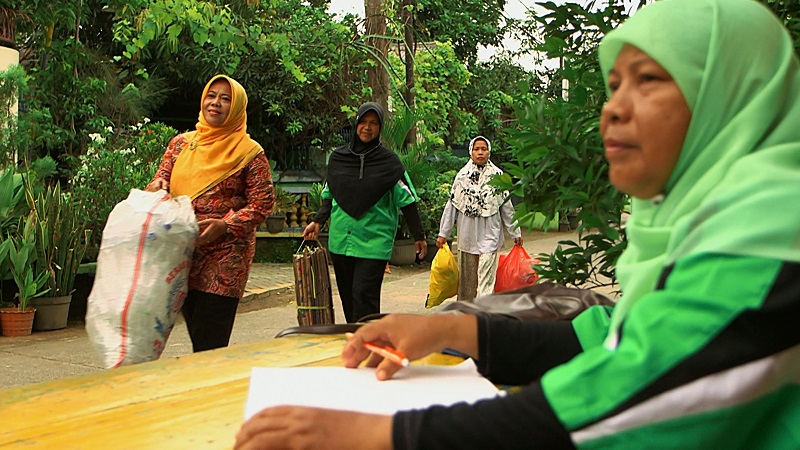 Earth Day is celebrated every year on April 22. In line with this year’s theme of “End Plastic Pollution,” CDIA brings you a story of how Tangerang City in Indonesia involves its community members in waste management. The strategy effectively reduces waste at the household so that less ends up in the city’s landfill. More importantly, it allows people to earn extra income from selling their waste. How is it possible?

As population grows and consumption patterns increase, more waste is generated. Oftentimes, the municipal landfill is inadequate to accommodate it. This situation is particularly true in the Municipality of Tangerang, a city of more than 2 million population, and tagged in 2006 as one of Indonesia’s dirtiest cities. In less a decade, however, with the active participation of community members in the government’s solid waste management efforts, the city was able to turn the situation around and now holds not one but five Adipura Kencana (Clean and Green) Awards.

The city government, through the Environmental Agency has implemented various community-based programs to increase public awareness and engagement. Aside from the Clean Village Program and the conduct of Waste Festival every year, the city has likewise implemented the 1000 Waste Bank Program, which provides income opportunities for people in exchange of waste materials.

So what is a ‘wastebank’? ‘Bank Sampah’ as they are commonly called in Indonesia are found in the neighborhoods. Waste materials from the households, segregated into organic or inorganic are brought into waste banks in exchange for monetary value as set by waste collectors. The value is then deposited into the bank account, which one can readily open, and withdraw from, like any commercial bank. From the waste bank, organic waste are turned into compost, while inorganic waste, after they’ve been further divided into paper, plastic, etc. are commonly sold to respective waste collectors and processors.

We took a look at the experience of Bank Sampah Gawe Rukun in the Village of Kunciran Indah and here’s what we found out.

There are roughly 200 households served by this waste bank, of which more than 50 people bring their waste to waste bank every week. In 2016, about 55 metric tonnes of waste was brought in the wastebank, of which almost 40% were plastic materials. From the waste, a total of Rp 34 million of income was generated in that particular year.

What is more interesting from this waste bank is that they have turned it into a more sophisticated form of social enterprise. Instead of merely selling the waste to collectors, community members themselves recycle some of these waste products and turn them into handicrafts and other useful materials, thus creating another stream of income.

Organic waste materials, which the group prefers to recycle, are processed into compost to be sold as fertilizers. Yet, some of these products find their way into the village’s chili plantation directly managed by some community members.

“It takes a while to shift the mind set of people to manage their waste and be interested in social enterprise,” observed Tukidi, Chief of Bank Sampah Gawe Rukun. “For the wastebank to be successful, it is important to not just build it, but more importantly link it to something that members are already engaged in [like farming] so it becomes more acceptable and integrated in the society,” he added.

Aside from the obvious economic benefits, it was also found out that the waste bank has brought in a lot of social benefits, some of which were the following

The community waste bank is part of the ongoing efforts of Tangerang’s Environmental Agency to improve their solid waste management program. Aside from public awareness campaigns, Tangerang City has likewise implemented measures to improve its waste collection and transport measures, and revitalized its dumpsite to be converted into a sanitary landfill.

In 2013, CDIA carried out a pre-feasibility study which recommended a sustainable and integrated SWM system consisting of the following investment options: 1) collection and transportation, 2) material recovery facilities, 3) intermediate treatment facility, and 4) landfill rehabilitation and engineering development.

“The PFS increased our technical knowledge, and some of our actions now are still based on it,” said Anna Susanti from Regional Development Planning Board of Tangerang City. 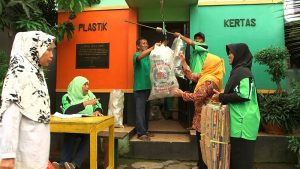