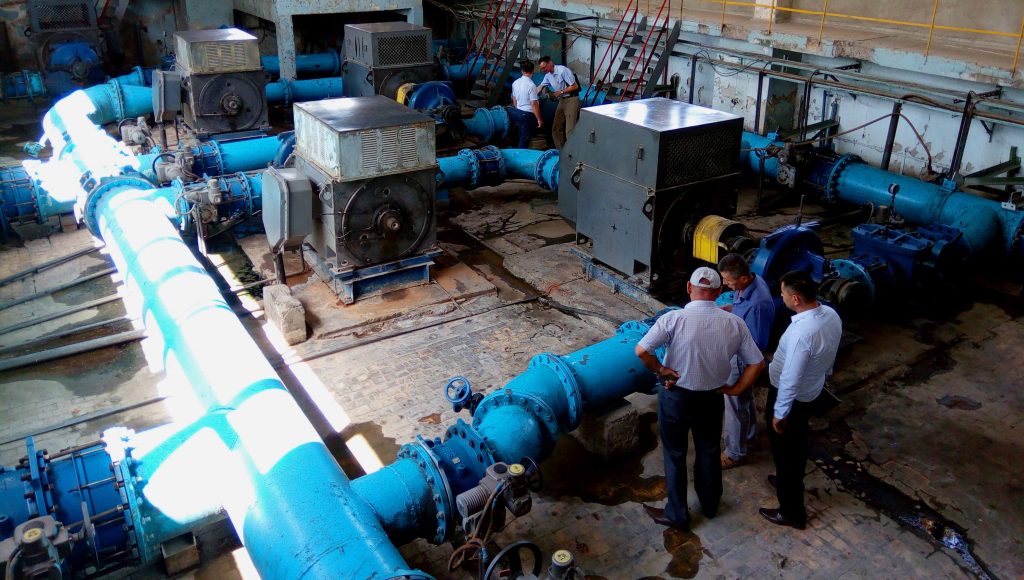 Once a small village popular for its market on Mondays, Dushanbe grew to become Tajikistan’s largest and capital city. While it has been growing in both population and space, its infrastructure and services have been lagging behind and can hardly meet the needs of its citizens. With support from the Asian Development Bank, The World Bank and CDIA however, things are coming around for the city’s water and sanitation systems. How will city residents benefit from this collaboration?

On April 12, 2018, CDIA presented the draft final report of its project preparation study, which includes: 1) the roadmaps for improving the water supply and sanitation services of Dushanbe; 2) institutional capacity building road map for the State Unitary Enterprise SUE Dushanbe Vodokanal (DVK), the agency responsible for the city’s water supply and sanitation services;  and 3) pre-feasibility study and preliminary engineering design for a priority project that will serve the Shohmansur District.

The results of the study were then handed over to the ADB who will be funding the implementation of the proposed priority project, probably through a grant to the city of Dushanbe. The ADB is now conducting financial, economic, social and environmental due diligence as part of its grant document preparation.

“We have worked very closely with the City and the ADB throughout the course of this study to ensure that we are all coordinated and working towards a common goal,” said CDIA Program Manager Neil Chadder.  “I am delighted that we are now passing on the baton to ADB, as it means that we are getting closer to actual infrastructure construction that will improve the water and sanitation services for the city residents,” he added.

At present, Dushanbe’s water supply services are impaired by overaged infrastructure, inaccurate registration of customers and inadequate billing and collection practices. Similarly, its sanitation system is characterized by a worn-out sewerage network and ineffective wastewater treatment facilities. As a result, untreated wastewater is discharged into rivers and creeks, or into irrigation and surface drainage systems, thereby causing environmental and health risks.

Specifically, its water supply intervention has five subcomponents covering rehabilitation works in the Kafarnigan I and II well fields, replacement and reinforcement of transmission lines and water mains, rehabilitation of pumping stations and construction/rehabilitation of reservoirs, and rehabilitation of secondary and tertiary networks along with establishment of 18 district metering areas (DMAs). Total investment cost for the water component is expected to be USD 45 million.

CDIA, ADB and World Bank’s assistance to Dushanbe will ensure the availability of state-of-the-art water supply and sanitation services for the entire spatial coverage of the city, make 24/7 water supply available, decrease non-revenue water (NRW) from the current 65% to 30%, and guarantee that the sanitation services comply with national and international standards.