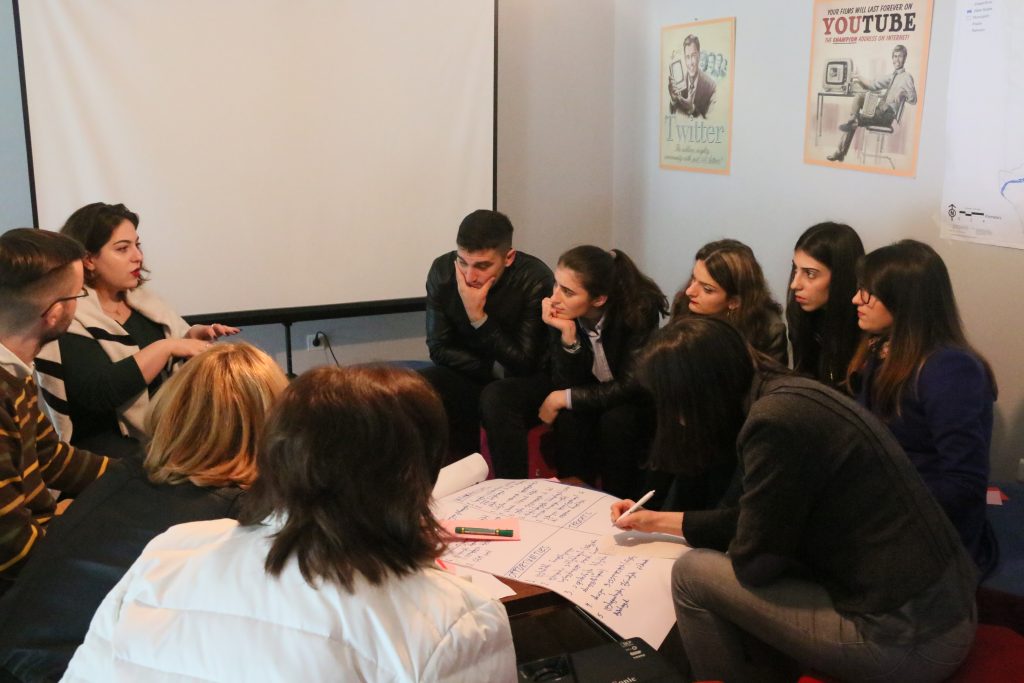 International Youth Day is held each year on the 12th of August to celebrate the contribution of young people in developing societies all over the world. In line with this, CDIA brings you a story of how we have paved the way to mainstream youth engagement in our projects – supporting the fact that the youth has a valuable role to play in sustainable urban development.

By 2050, it is estimated that around 68% of the world’s population will live in cities and urban areas. It is already evident in the Asia and Pacific region that the number of urban dwellers are growing year on year as people migrate to cities to study, work and live.

It is also apparent that the region is currently experiencing a youth bulge, where there’s a vast and growing population of young people (between the ages of 18-30), primarily in low and middle income countries. The youth population of Asia and the Pacific is now estimated at 1.1 billion, which accounts for around 60% of the total population.

As cities grow and the population of young people grow, governments and international development organizations should seek to design and build cities with youth’s needs, challenges, opportunities, and solutions in mind.

CDIA believes that youth is a key stakeholder and driver of change, and has committed to exploring how they can be involved in line with its inclusive and integrated approach to urban development. Towards this, CDIA has drafted a forward-looking, ambitious vision: “Youth engagement mainstreamed across all CDIA operations in Asia and the Pacific.”

To achieve this vision, CDIA has identified two objectives:

CDIA has brought in Mr. Lee Lambert, a Youth Engagement and Innovation Specialist to join its team of urban development experts to help strategize and implement our vision. The initial actions CDIA proposes are the following:

CDIA has started to explore opportunities for mainstreaming youth engagement in some of its current and upcoming projects. These include exciting youth-led and youth-focused initiatives in Panaji, India and Yangon, Myanmar.

“We hope that by mainstreaming youth engagement in CDIA projects, we can serve as a bridge by which the needs, perspectives and innovative ideas of young people can be integrated in city development,” said Lee Lambert. “After all, young people are integral to a city’s prosperity as future leaders and decision makers, and it’s only sensible that we start getting their active involvement in building sustainable and resilient cities,” he added. 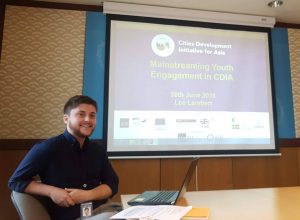