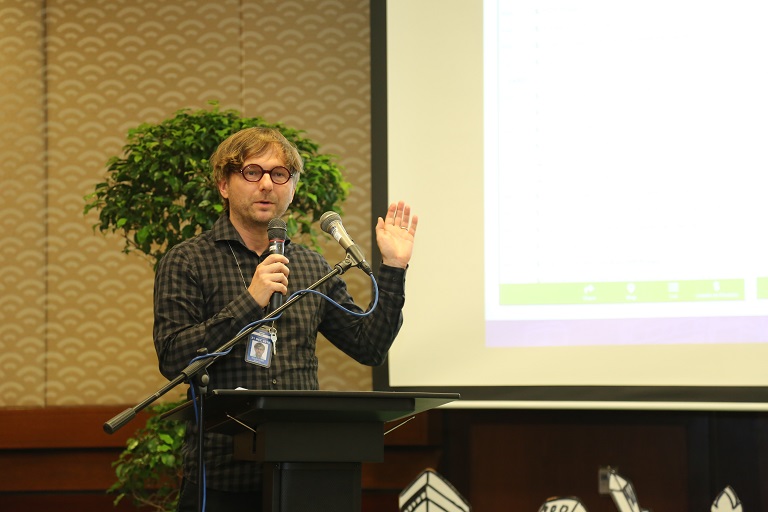 It is standard for CDIA to closely monitor the status of its infrastructure investment projects, i.e. the cities it worked with, the expected number of beneficiaries, which projects got linked to finance, and their intended results and impacts, etc. Yet, there is another aspect of CDIA – its capacity development work – wherein its results are not systematically documented. Because of this, CDIA looked back to the 116 training activities it conducted to find out their results and reflect on what can be improved in the future.

The focus of earlier capacity development activities was more on developing knowledge products like guidebooks and training modules, which were all related to the project development cycle. Knowledge about “public-private partnership,” and how to “link projects to finance,” for example were intended to help city partners structure and develop their projects in a way that would make them feasible, and bankable to potential investors.

Similarly, as CDIA seeks to make contributions in poverty reduction, environmental improvement, climate change mitigation and/or adaptation, and good governance, it also anchored some of its training activities on these topics to better integrate them in project preparation.

After some years of working closely with selected city partners, CDIA encouraged them to be part of the “Center of Learning” so they can pass on their experiences to other cities. This concept however, did not bear fruit as most cities tended to prioritize their own needs and lacked the capacity to bring others forward. Only Singapore [not CDIA’s beneficiary city] has served as a true “Center of Learning,” having hosted several times the “Effective Urban Infrastructure Programming,” which allowed local counterparts to learn both theory and practice.

CDIA’s national partner institutions in almost 20 countries have helped the initiative to advance urban development topics and connect with more cities. To date, CDIA has sustained its close collaboration with the Public-Private Partnership (PPP) Center of the Philippines and PT Sarana Multi Infrastruktur (Persero), both of which have similar focus and objectives as CDIA’s.

Going further into the training courses in the past 11 years, CDIA endeavored to find out the results of those courses and whether participants have applied their knowledge in their actual work. To have a better insight, a survey was conducted among former participants of CDIA training activities (with email access) and out of the 26% who responded, 92% said they have learned something new from the courses and workshops, while 75% stated to have applied the knowledge they learned.

Examining also the participants’ profile, the survey has shown that the trainees indeed belong to CDIA’s target group of senior professionals and municipal decision makers.

In terms of nationality of trainees, the survey has indicated high number of participants coming from People’s Republic of China (PRC), which was not surprising given its geographical scope; and one of our former funders, the Shanghai Municipal Government also pushed for those training activities. Yet, it is also worth mentioning that a single seminar recently in the City of Chongqing has attracted 600 participants interested in topics related to green transformation projects. 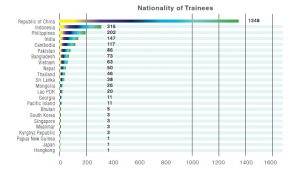 CDIA’s Gender Strategy and Action Plan, which encouraged women participation in its activities had limited effect. While women participation has somehow increased over time, it can be assumed that infrastructure, and public administration are topics that still lack women participation. More definitely needs to be done, and one of which is to actively formulate gender-responsive policies at the country level. 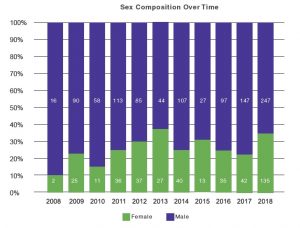 Finally, from the individual statements of previous trainees, CDIA can derive the positive results of its training activities and these give the team the motivation to continue its capacity development concepts in the future.

“After 11 years, what can be the most important things to take forward in the years to come? Our experience in capacity development leads us to two key approaches henceforth: 1) the need to continue cooperating with a longer term perspective with project development facilities like CDIA; and 2) continue working closely with partner cities on an integrated capacity development approach side by side with project preparation,” concluded Thomas Hagedorn, CDIA’s Capacity Development Advisor.