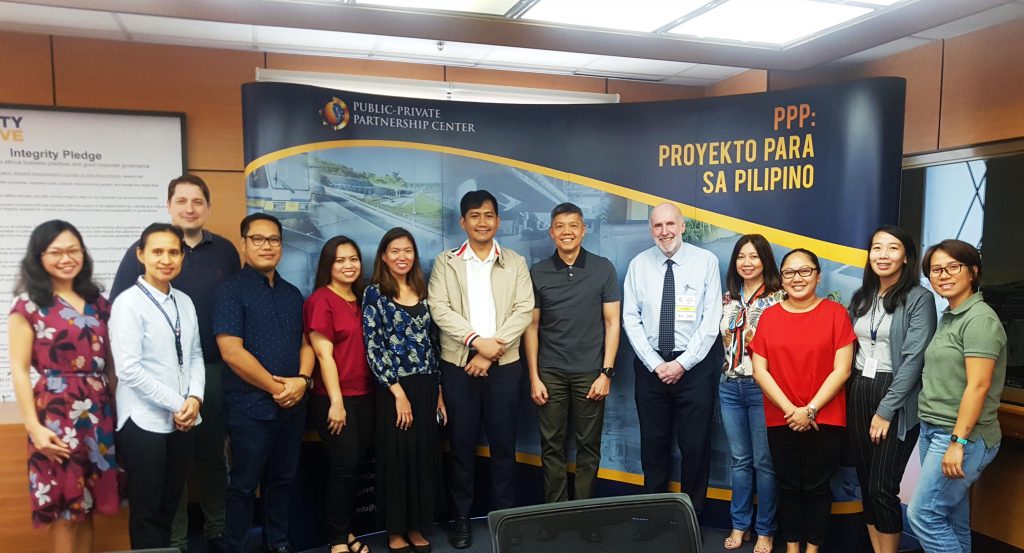 In three separate meetings, CDIA discussed with the Ministry of Public Works and Transport (MPWT) of Cambodia, PT Sarana Multi Infrastruktur (Persero) (PT SMI) of Indonesia, and the Public-Private Partnership (PPP) Center of the Philippines concrete ways of accelerating infrastructure project development in the three countries.

“We would like to reinforce our partnerships with these agencies so we can better collaborate on project preparation and capacity development, moving forward into the new chapter of CDIA as an ADB-managed Trust Fund,” said Neil Chadder, Program Manager.

On January 31, 2019 in Phnom Penh, CDIA agreed to support MPWT in improving its project formulation and management capacity. MPWT is expected to have a much deeper role in CDIA projects and as a way of capacity building, involve an identified staff in a CDIA project outside Cambodia. Another area of partnership is improving the acceptability of certain sanitation approaches, such as connecting directly to a new sewerage system without constructing a septic tank. Furthermore, CDIA is targeting the execution of at least one project in Cambodia per year of the CDIA 2018-2022 Strategy, working closely with MPWT.

On February 7, 2019 in Jakarta, CDIA and PT SMi agreed to improve their support to cities in project preparation, by involving PTSMi more in CDIA studies. PT SMi has also expressed strong interest in any CDIA study that will complement the Solid Waste Management/Emission Reduction in Cities 2 (ERiC2) Project of the German development bank, KfW. In addition, the General Assembly for PT SMi’s priority cities was identified as another platform for CDIA to meet local officials and explore possible projects to develop together.

On February 15, 2019 in Manila, CDIA and PPP Center discussed opportunities for bringing PPP infrastructure projects to market in the shortest possible time. One concrete step is to look at previous CDIA projects that were not implemented, see which have the potential for PPP and explore private sector interest for those projects.

Another area of collaboration is for CDIA and PPP Center to build a pipeline of projects under PPP Center’s Project Development and Monitoring Facility (PDMF). Compared to both solicited and unsolicited proposals, this third PPP mechanism presents a greater potential to bring infrastructure projects to market in a short period of time without sacrificing the quality of project development. This is made possible by the technical assistance provided by PPP Center and other relevant partners.

“We actually share the same aspirations insofar as getting projects moving along – starting with new projects and seeing those projects move along the pipeline and eventually being implemented,” said Undersecretary and Executive Director of PPP Center, Ferdinand Pecson as he welcomed the collaboration with CDIA in the years to come.