Singkawang Enhances Water Supply for its Unserved and Low-income Communities 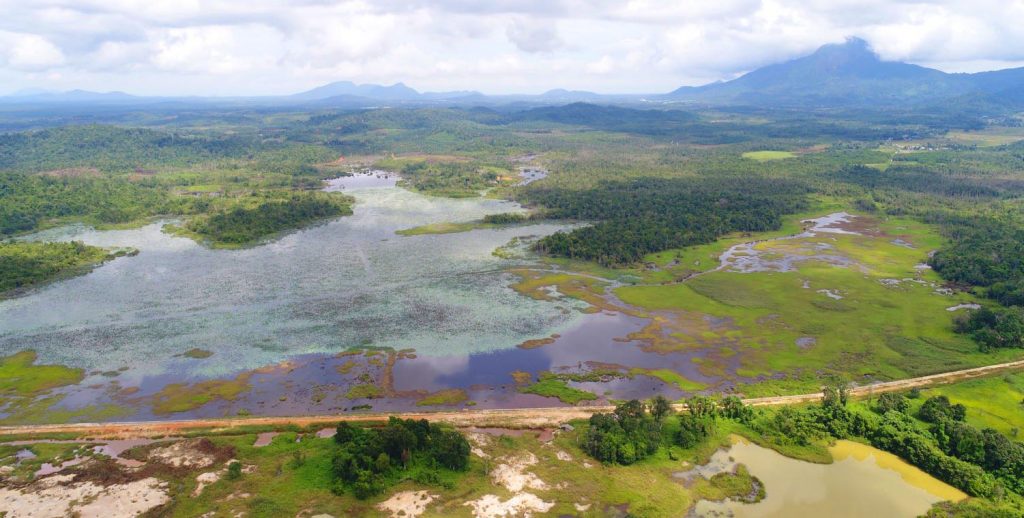 In the south zone of Singkawang City, piped water supply is available to only 2% of its 48,000 population. Together with CDIA and PT SMI, the city government is now taking steps to improve water services to residents, including those in Segatani Village, home to the city’s largest low-income communities.

Singkawang is a coastal city in Indonesia’s West Kalimantan province with a population of 263,058. Although most residents are in the central and west zones, the city’s recent growth has been observed in the south zone due to its accessibility to Pontianak, the province’s capital. The south zone has a population of 48,000; and houses the largest cluster of MBR (Mayarakat Berpenghasilan Rendah/low-income group). The government’s plan to develop an airport and seaport is encouraging future growth in the area.

The city government, through the Perusahaan Daerah Air Minum (PDAM) Gunung Poteng provides water supply to 34% of its population. The central and west zones have the highest coverage at 32% and 34% respectively, while the south zone covers a mere 2% or 950 of its 48,000 population. Majority in the area relies on rainwater harvesting, water tankers and groundwater for their water supply needs.

Aware of this challenge, the city government and the PDAM intend to expand the water supply services to include the currently unserved areas in the south zone. One of the projects identified is the development of Lake Serantangan (a natural lake located about 20 km from the city center) as an alternative raw water source.

“The development of Lake Serantangan is a strategic step, as the existing raw water sources are often not reliable in the long dry season. In addition, the Semalagi River watershed area [one of the current sources] is outside the administrative area of the Singkawang City Government, so it is relatively difficult to regulate its environmental sustainability,” said Ir. H. Asyir A. Bakar of the Department of Public Works and Spatial Planning of Singkawang City.

The city government sought assistance from CDIA and PT SMI to conduct a pre-feasibility study (PFS) to assess its viability as a raw water source, and recommend auxiliary infrastructure project components to enable the city to meet its current and future demand gap.

“We have established that Lake Serantangan is an alternative and suitable raw water source based on our PFS,” said Brian Capati, Urban Development Specialist of CDIA. “In order for the city government to proceed with its development, we have proposed two sub-projects – the Lake Serantangan, and the distribution network augmentation, which we recommend to be implemented in parallel to each other,” he added.

CDIA has likewise looked at possible implementation structures and examined various funding sources to be able to cover the necessary capitalization. It further conducted preliminary screening/rapid assessment on the environmental risks and social impacts associated with the project.

“Through our study, we are happy to have provided the technical advice needed by the city government to make informed decisions on how to take their infrastructure projects forward,” said Brian Capati. 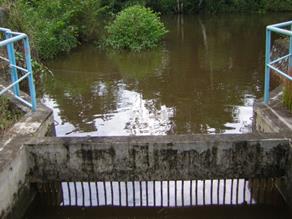 Water during dry season drops below the intake pump level at Seluang. 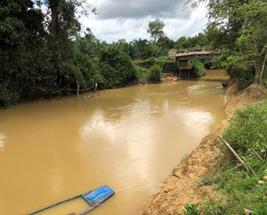 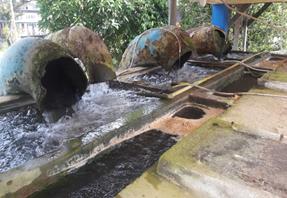 Treatment Plant: Corrosion to pipes due to high acidity of water. 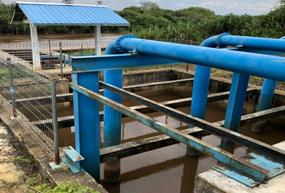