CDIA Completes the YUSIP Study, Passes the Baton to ADB for Loan Processing 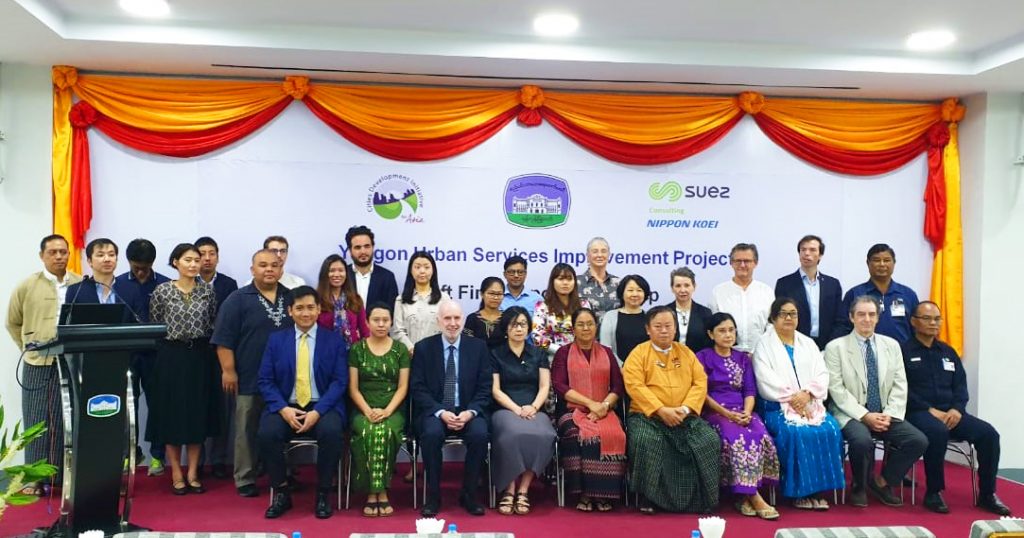 It also signaled the handing over of the study to the Asian Development Bank (ADB) for project processing, leading to the proposed loan for enhancing Yangon’s livability and resilience.

Equitable access to water and sanitation is underscored in Myanmar’s National Sustainable Development Plan. ADB is supporting this through the YUSIP, which seeks to provide consistent supply of high-quality water; and connect more households to the sewerage system towards better health and environment.

Yangon City Development Committee (YCDC), the agency supplying water to 33 townships in Yangon Region, delivers 205 million gallons per day (MGD) to customers. Of which, 135 MGD (66%) is sourced from the Ngamoeyeik Reservoir. Only 90 MGD is currently treated.

As the raw water from the reservoir is conveyed to the water treatment plant (WTP) via an open canal, it is prone to seepage, evaporation and pollution. Also, YCDC cannot directly manage some parts of the canal as they are under the Ministry of Agriculture, Livestock and Irrigation. These affect the system’s resilience and present quality and efficiency issues.

This served as the basis for CDIA’s PPS work, which included pre-feasibility study, preliminary engineering design, and due diligence documentation for the loan. CDIA assessed the proposed scheme, and identified the necessary infrastructure components.

At the draft final report workshop held 9 July 2019, the results of CDIA’s PPS were presented to key stakeholders.

CDIA recommended the provision of a 33-km enclosed pipeline from Ngamoeyeik Reservoir to Nyaunghnapin WTP with a new intake structure at the reservoir, a pumping station 0.9 km south of the intake, and ancillary structures.

These will make available 180 MGD of raw water from Ngamoeyeik Reservoir and convey it to the Nyaunghnapin WTP for treatment. This represents the first phase that ADB has earmarked for funding.

A potential second phase would include additional pumping facilities at the Nyaunghnapin, and onward pipeline to Aungtagon Pumping Station.

CDIA also undertook assessments such as financial and economic analyses, environmental safeguards and climate change, as well as prepared social and gender safeguards. They will be part of the due diligence documents necessary for processing the ADB loan.

Meanwhile, YCDC requested CDIA to include in its PPS the expansion of the city’s sanitation services. Based on most recent estimates, only 9% of the households are connected to the sewerage system. Others use septic tanks or discharge untreated wastewater to local drains, causing odor and health issues.

The existing wastewater treatment plant (WWTP) is underutilized, receiving only 0.5 MGD of sewage from the sewerage system built way back in 1880s. This is only 1-2% of potential sewage generated within the city. Septage collection is also inadequate due to the lack of vacuum trucks.

CDIA’s study proposed sewerage components to serve the priority areas adjacent to the city centre. These include collector sewers and a proposed WWTP.

At the conclusion of CDIA’s pre-feasibility study, it was apparent that the combined cost of water supply pipeline and WWTP works exceeded the potential ADB loan amount; hence the further development of the wastewater components was postponed to a later phase.

Yet when implemented, these interventions will connect additional people to the sewerage system, thereby reducing health problems and pollution to the Yangon River.

The conclusion of the CDIA study marked the start of ADB project processing, with the loan expected to take effect in the third quarter of 2020. 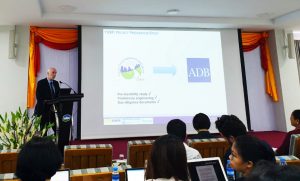 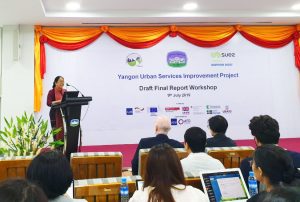 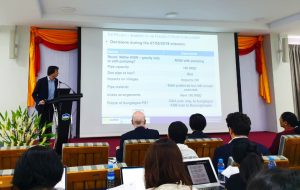 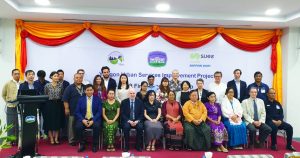