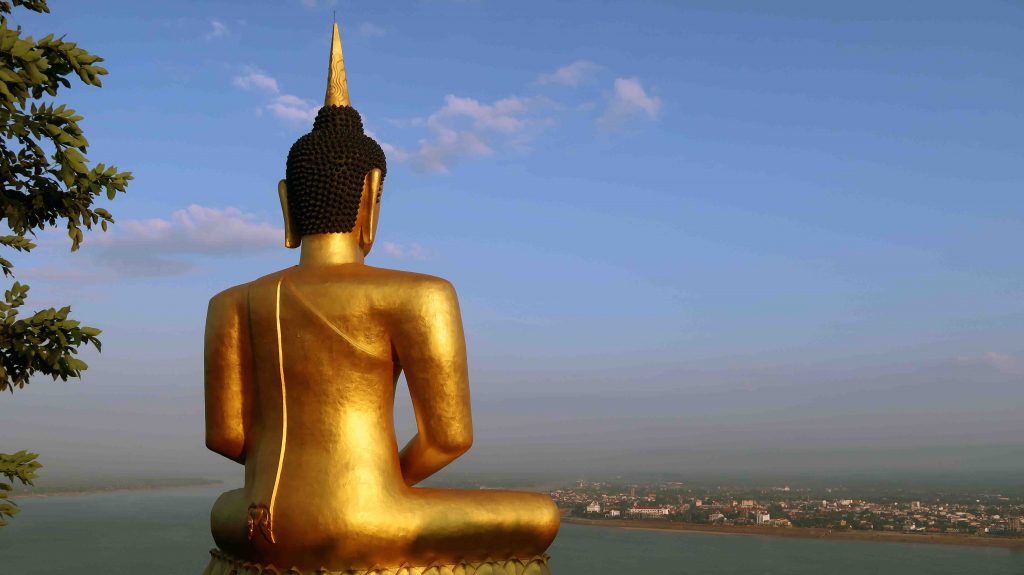 An excellent place to get a perspective of Pakse is from Wat Phousalao on a hilltop, where a golden Buddha sits still, watching over the city. One could easily think it is by divine intervention that Pakse is endowed with natural beauty. The Mekong and Xedon rivers and the nearby mountains contribute to it having one of the finest settings in Lao People’s Democratic Republic (PDR).

To preserve this natural advantage, the Governor of Champasack Province worked with CDIA in 2009 to develop a pre-feasibility study (PFS) for the Pakse Urban Environmental Improvement Project (PUEIP), an investment program supported by the Asian Development Bank (ADB).

It aimed at improving the city’s basic environmental infrastructure and strengthening institutional capacities towards becoming a green city and developing into a regional hub for commerce and tourism.

How has Pakse transformed 10 years since then? Was the CDIA PFS used to move closer to the city’s aspirations?

Nick Baoy and An Rubenecia, members of CDIA’s monitoring team went to Pakse on 21-28 October 2019 and sought answers to these questions.

“The massive ongoing infrastructure improvements indicate the great strides made by the local government in improving the environment and living conditions of its citizens,” said Nick Baoy, CDIA’s Monitoring and Evaluation Specialist.

“What is also amazing is finding out that the recommendations of CDIA on solid waste management, drainage, riverbank protection, sanitation and green infrastructure, which were only in paper 10 years ago, are now turning into actual infrastructure projects for the benefit of the residents,” he added.

In 2012, ADB approved a $31.91 million investment program for the implementation of the PUEIP. It is the first ADB project in Lao PDR to be implemented by the local government. As of September 2019, progress is estimated at 87%. When fully completed in 2021, the project seeks to benefit at least 130,000 residents in Pakse City and neighboring districts.

Almost 90% of the work necessary for improving solid waste management under PUEIP have been accomplished. From an open dumpsite, a state-of-the-art controlled sanitary landfill equipped with liner system, gas vents, and leachate ponds etc. will soon be operated with a capacity of 300,000 metric tons. To reduce the waste that goes into the landfill (and in the process extend the facility’s life to more than 10 years), a materials recovery facility to sort out recyclable materials will be developed in 2020. In the meantime, the local government continues its awareness campaign on waste management and recycling as it upgrades its waste collection and transport systems.

Pakse’s sanitary landfill is the first in Lao PDR and truly an innovation that other cities can draw lessons from.

Construction of drainage, access roads and pumping stations have been fully completed. Pumps will be installed in the stations this year.

In September 2019, unusually heavy rainfall caused massive flooding in Pakse. Although the unfinished drainage and flood protection projects did little to abate the flooding, safety nets like developing bigger canals, higher road pavements, and doubling the design period (50-year flood probability) have been incorporated to ensure greater and longer protection from flooding and other effects of climate change.

Civil works for the riverbank protection are 47% complete, focusing on the construction of 3km gabion walls along the most erosion-prone area in Xedon river. Taking the CDIA recommendation forward on the reinforcement work along Mekong River are the local government and the Korean Economic Cooperation and Development Fund (ECDF) under the $53 million investment program. This further includes riverbank improvements and landscaping.

Incidence of e-coli in Pakse used to be high and this prompted measures to enhance sanitation. To address this problem, ADB and the local government provided pour flush toilets and septic tanks to 171 poor households in the districts of Pakse, Bachiang and Phonthong, under the community environmental improvement component of PUEIP.

Along with provision of sanitation facilities, the 59 villages in the three districts have benefited, or set to benefit from constructing small access roads and associated drainage.

Despite having to contribute 10% of the total construction cost, communities understand the value of these measures in their lives.

Mr. Leokham, House Village Chief in Bachiang District attested how his community has been benefiting. “Before the access roads, getting around was very difficult, particularly during the rainy season.”

“What used to take half an hour to travel can now be reached in five minutes. People have also started putting up new businesses, which can improve their living conditions. Even community services are also reaching more people now, as evidenced by more villagers coming to our office.” he added.

The PUEIP is not only designed to benefit the residents of Pakse. It also seeks to improve the capacities of local governments, particularly the project coordination unit (PCU) and the project management and implementation unit (PMIU) on critical topics like project design and supervision, gender and development, accounting and financial management, procurement and disbursement, environmental and social safeguards, among others.

As of July 2019, 42 training activities have been conducted, with women comprising 38% of total participants. The bulk of capacity development activities are expected to be carried out in the remaining two years of the PUEIP implementation.

From CDIA’s monitoring activity, it was apparent that many of the components of the PUEIP took root from CDIA’s PFS work back in 2009.

The CDIA study served as an important instrument, mainly due to its facilitating factors: 1) alignment and consistency of the PFS with the city and national plans; 2) capacity building inputs from CDIA during the PFS and PUEIP-Project Preparation Technical Assistance (PPTA); 3) good project preparation at PFS and PPTA stages; 4) ownership of the project by officials involved in the PFS who now assume key positions; and 5) appropriateness of project implementation mechanism.

In the coming months, CDIA and ADB will work again with the local government to undertake another project preparation study. Building on the past work on PUEIP and addressing the basic needs of citizens, the new project will focus on improving city livability.

“For Pakse, which is in an area of natural beauty, investing in green infrastructure makes sense in the midst of climate change and environmental pollution,” said An Rubenecia, Communications and Outreach Specialist.

“What this project has shown us is the value of having a strong focus on meeting people’s needs – of ensuring that the green infrastructure projects can be enjoyed by the entire population. Only then can people feel more connection to their surroundings and be passionate enough to look after their natural resources – a gesture that the golden Buddha in Wat Phousalao seems to have been doing through the years,” she added. 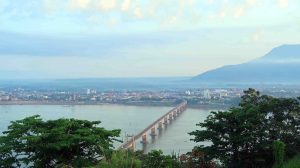 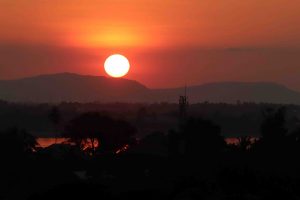 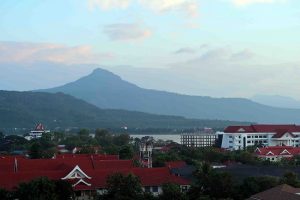 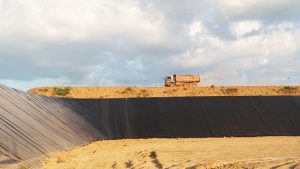 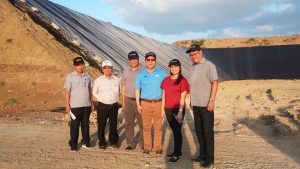 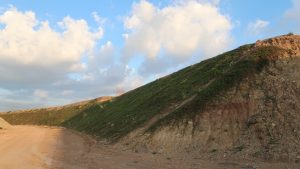 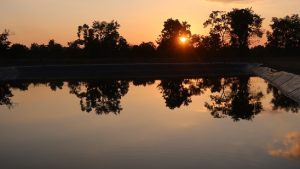 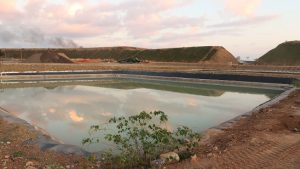 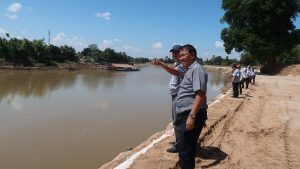 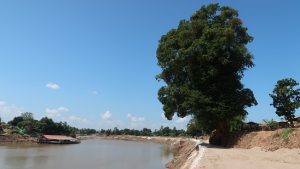 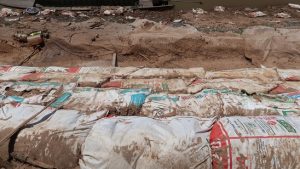 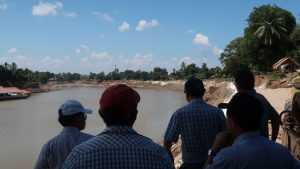 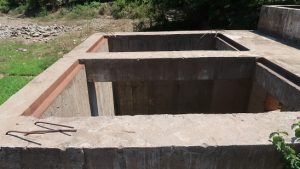 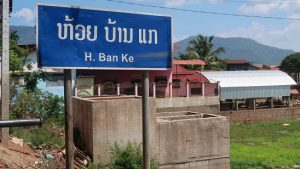 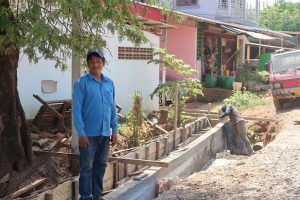 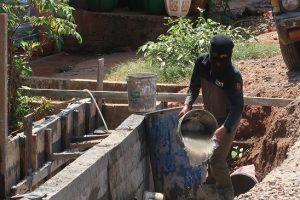 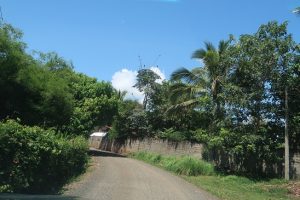 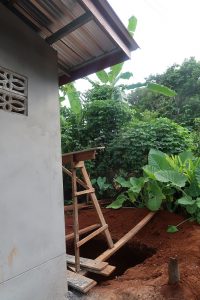 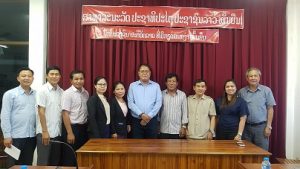 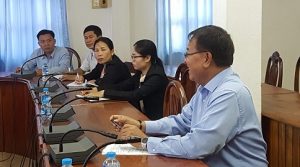 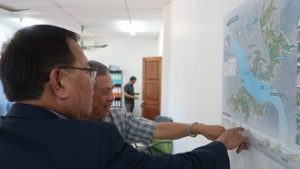 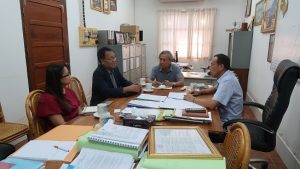 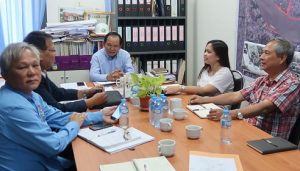 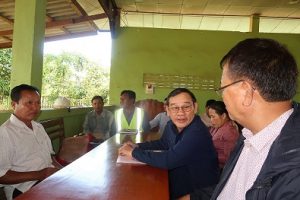