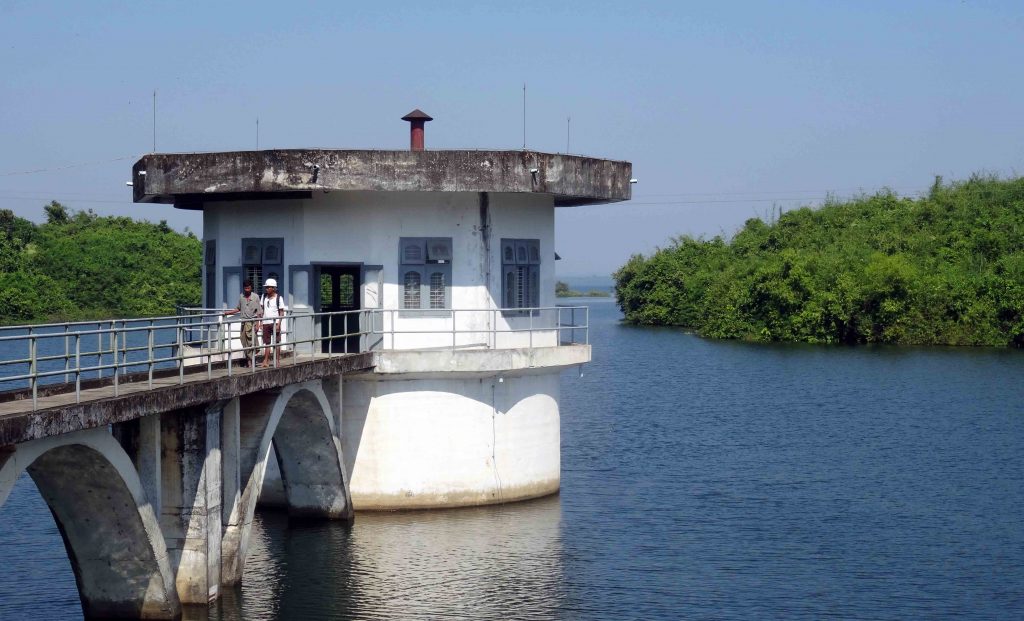 Cities in Asia and the Pacific continue to grapple with a clean water crisis, and climate change will only amplify the challenge. In response, CDIA has been preparing infrastructure projects to secure potable water supply and increase the climate resilience of cities in Myanmar, Indonesia and various other countries in the region.

“One thing that is not clearly understood: The world has enough water,” says CDIA Program Manager Neil Chadder. “The problem with water is that it’s not always available where and when required.”

In Yangon, Myanmar, Mr. Chadder notes that the dry season, during which Myanmar receives just 20% of its annual rainfall, has been getting longer over the past several years. Meanwhile, increased rainfall during the monsoon season stresses the local reservoirs and leads to flooding in Yangon, a low-lying city. With climate change, this seasonal disparity will become more extreme.

To secure the raw water supply for Yangon and increase its climate resilience, the Yangon City Development Committee (YCDC) worked with CDIA to prepare for the launch of the Yangon City Water Resilience Project (YCWRP) supported by the Asian Development Bank.

Currently, Yangon pumps much of its water supply for its population of more than 5 million people from the nearby Ngamoeyeik Reservoir through an open, unlined earth canal. Evaporation and seepage along the canal results in significant non-revenue water (NRW), which is water that is lost or unaccounted for during transmission.

YCWRP will help secure Yangon’s water supply by installing a new intake structure in the Ngamoeyeik Reservoir and developing an enclosed pipeline to transport water into the city. Officials expect that this will reduce water losses by an estimated 30% and allow the city to retain the water throughout the dry season.

The YCDC pumps water from the Hlawga reservoir in Yangon, along with several other sources, in order to supply the city with 209 million gallons per day (MGD). This is only enough water for less than 40% of the city’s population, which means that more than 60% of Yangon’s citizens instead source water through a variety of methods, such as digging wells and bore-holes on private property – a practice which accelerates soil salinization and further reduces the quality of the groundwater.

Beginning this year, the YCDC will work to replace the Hlawga’s reservoir’s existing water main, install a clear water transmission pipeline and construct a new water treatment plant. These developments will curtail the city’s systemic NRW and improve system efficiency and reliability.

Brian Capati, CDIA’s Urban Development Specialist, is overseeing the main components of the Hlawga project preparation study alongside representatives from the YCDC, with support from Agence Française de Développement and the European Union.

“Improving water quality directly impacts the health and sanitation of the population,” says Mr. Capati. He also mentions that the Hlawga project “could reap benefits for the economy and the livelihood of the city, and safeguard against water losses.”

These two projects will bolster Yangon’s water supply and climate resilience, but to fully realize this goal will require a sustained long-term effort.

“In 10 years’ time, hopefully the city will be close to where it needs to be,” Mr. Chadder says.

The CDIA team brings over a decade of experience to their water supply and wastewater projects.

Within just the past three years, CDIA-supported projects have addressed water supply infrastructure gaps for the cities of Luganville, Vanuatu and Panaji, India. Another project improved wastewater and sanitation in the Pakistani cities of Sargodha, Rahim Yar Khan, Muzaffargarh and Bahawalpur. In 2017, CDIA also supported a project to replace the dilapidated water supply infrastructure in Dushanbe, Tajikistan. Prior to the project, the city’s NRW had reached nearly 80%.

In 2019, CDIA completed a pair of development projects for the cities of Balikpapan and Singkawang in Indonesia.

The first project addressed water supply in the fast-growing city of Balikpapan, which will need an alternative water source by 2021. Mr. Capati, who oversaw both Indonesia projects, explains that, due to seasonal droughts, Balikpapan’s water supply sources could not meet the present, as well as the future water needs of its residents.

To remedy this, CDIA worked with PDAM Balikpapan to conduct a pre-feasibility study (PFS) on developing the Tengin River as a raw water source and constructing a dam on the river to control the water supply year-round. Balikpapan officials expect that this new source of water will benefit at least 54,000 households in the city.

Stabilizing the region’s water supply will benefit the Indonesian government, which will relocate its capital, currently Jakarta, due to rising sea levels. In 2024, the government will establish a new “green, smart” capital city adjacent to Balikpapan in the regency of Penajam Paser Utara.

Balikpapan will serve as the main transportation and economic hub of the newly-relocated capital.

CDIA then supported a water supply project for the city of Singkawang. As dry season gets longer, Singkawang’s two main rivers dry up, leaving its population of 190,000 without reliable water supply.

Through CDIA’s PFS, Singkawang city officials have established Lake Serantangan as an alternative and suitable raw water source to meet the city’s current and future water needs. They have declared it as a protected area, to limit human and industrial activities to preserve its water quality and conserve the watershed.

As they look ahead to future water supply projects, CDIA experts say that their team would keep working to convince city officials to proactively manage NRW. Mr. Chadder says that many city officials prioritize “showcasing flagship water projects” over the slow, gradual process of locating and repairing leaks in their water supply systems.

“The challenge is to point out to the city how much you can improve on your existing system,” Mr. Capati explains, “and how much you can save in the local and also the national budget” by eliminating NRW.

Mr. Chadder says that “if [cities] were only to control the amount of water they waste, we could delay future investment significantly.”

“We have to better protect, take care of and utilize this particular resource and stop wasting it,” Mr. Chadder concludes. “At CDIA, we want to improve resilience through greater efficiency and application of engineering knowledge.”