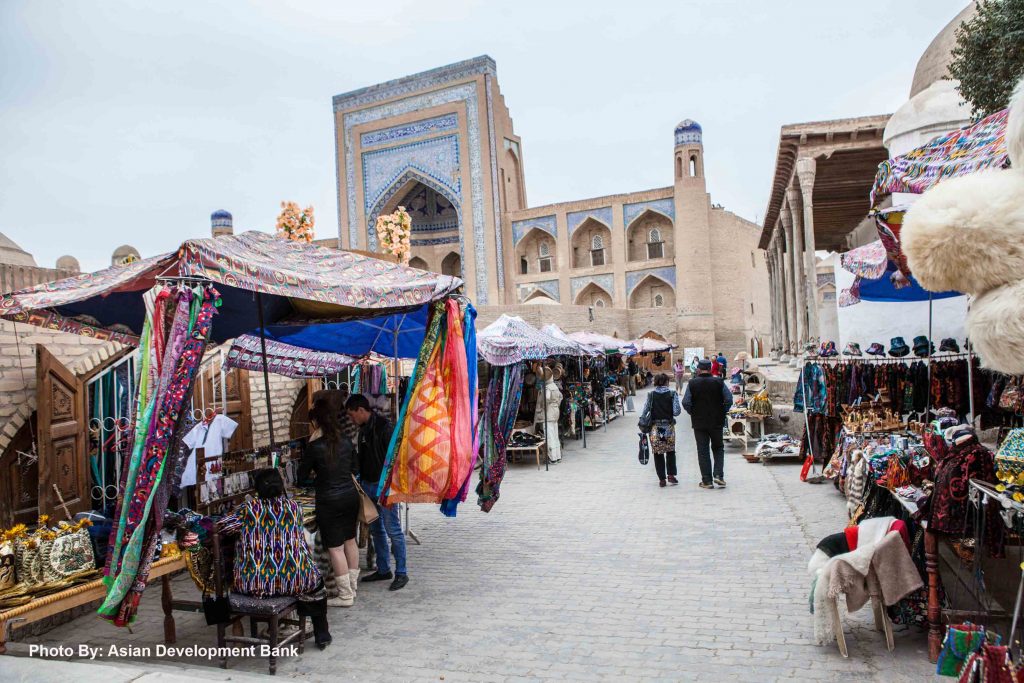 Recognizing cities as engines of growth, Uzbekistan has set sustainable urbanization as a priority agenda, with the goal of increasing its urbanization level to 60% by 2030. This policy calls for an integrated approach to urban development, to ensure that environmental protection, poverty alleviation and improvement of quality of life are incorporated in the way cities are planned, designed and developed.

Under its project preparation study (PPS) for Asian Development Bank’s Integrated Urban Development Project (IUDP) in Uzbekistan, CDIA completed an inception report, which outlines the development issues in the secondary cities of Djizzak, Khiva and Yaniyer (and its neighboring town, Havas). It also provides insights on how a cohesive and multi-stakeholder approach can address these issues.

Uzbekistan has a population of 32.5 million. Its capital city, Tashkent, along with the cities of Fergana, Namangan, Andijan, Samarkand and Kashkadarya are the primary drivers of economic growth and collectively account for 75% of the country’s total gross domestic product.

Economic opportunities and better living conditions are prompting the people of Uzbekistan to move to larger cities. This migration trend results in unplanned settlements, inadequate basic and social services, and deficient infrastructure in larger cities; and constrains economic growth and basic services in rural and smaller cities.

Status of Basic Infrastructure and Services

Recent SWM improvements have been made in the areas of waste collection and disposal, and service providers such as Toza Hudud have been established to provide SWM services in the cities. Despite these measures, the system has operational inefficiencies, poor health and safety provisions, and waste disposal deficiencies, among other issues.

While the coverage of centralized water supply in the urban areas is high at 83%, most households suffer from intermittent supply due to high water losses, ageing infrastructure and inefficient operations and maintenance (O&M). These factors have led to poor water quality and insufficient supply, which undermine public health.

Most cities have centralized sewerage systems, but service coverage is only 50%. Wastewater treatment plants are not functional and sewerage networks are in poor condition. Raw sewage discharged to water bodies causes pollution and poses severe health risks. Additionally, most residents who are not connected to the central sewerage system use unlined cesspits, further contaminating the groundwater.

The cities of Djizzak, Khiva and Yangiyer/Havas are also in need of urban regeneration, as segments of their urban areas are experiencing physical and economic distress. Many of the residential districts and public spaces will require rehabilitation or redevelopment to enhance livability.

CDIA’s PPS aims to formulate the IUDP up to pre-feasibility level, which will in turn be developed into an investment loan package for funding consideration by the Government of Uzbekistan and the ADB.

The IUDP is in line with the country’s aspiration for sustainable urbanization. In particular, the project aims to pilot integrated urban development approaches in the project areas. They represent a cross section of Uzbekistan’s small- and medium-sized cities, and the pilot implementation will provide different scenarios of how the development approaches can be replicated nationwide, with the goal of creating economically competitive and livable cities in Uzbekistan.

The following investment concepts were formulated by the Government ahead of the project:

Consultations and meetings to derive the project scope, produce sectoral reviews and define investment opportunities in the four cities were held with a range of government and other stakeholders at the national, provincial and city levels in coordination with the Ministry of Investments and Foreign Trade. Discussions with development partners implementing similar initiatives such as The World Bank, European Bank for Reconstruction and Development, and Islamic Development Bank were likewise conducted for better complementation.

CDIA will undertake several key activities during the next phase of this PPS.

Stakeholders have identified an indicative list of projects that correspond to the investment concepts, and this list will be validated and prioritized in subsequent consultations and meetings. The institutional capacities of stakeholders across all levels of the government will also be assessed to ensure effective project development, implementation and sustainability.