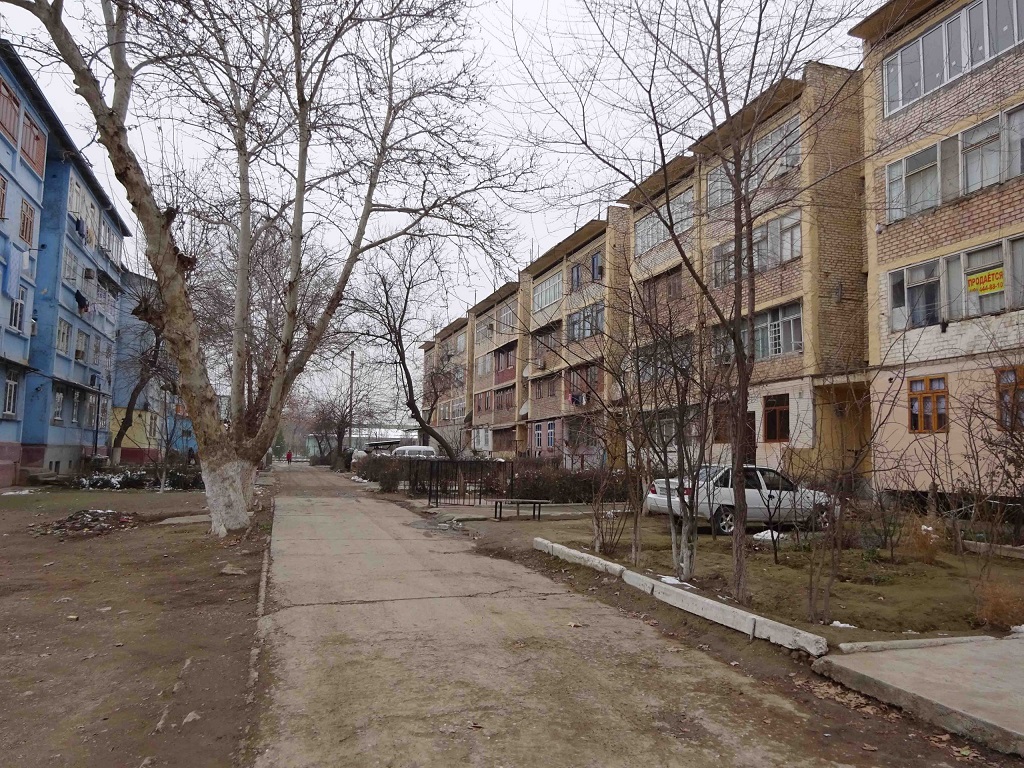 The cities of Djizzak, Khiva and Yangiyer/Havas in Uzbekistan are currently facing this issue, that is why they have decided to implement urban regeneration initiatives to transform their rundown neighborhoods into vibrant communities and find new purposes for their underused or neglected urban spaces.

To facilitate these measures, national and city officials are working with CDIA on a project preparation study (PPS) to pilot integrated urban development approaches. Urban regeneration is a key component of the PPS, along with solid waste management, water supply and sanitation. When completed, the PPS will inform the Asian Development Bank’s Integrated Urban Development Project.

“The government of Uzbekistan understands that decaying or underutilized urban areas must not be neglected. They are an integral part of the urban fabric as much as they are a source of untapped talent and economic productivity,” says Neil Chadder, CDIA Program Manager.

Uzbekistan’s traditional housing communities, called mahallas, are unique institutions established hundreds of years ago. Today, they stand as a reminder of Uzbekistan’s longstanding family values, culture and way of life.

In several mahallas in Djizzak, many of the multi-story housing blocks, particularly those that date back to the Soviet era are outdated. While they have been found to be structurally sound, they lack fully functional amenities such as heating, water supply, wastewater and electricity. Even if these services are generally available within the mahalla community, they are often not available to individual households. The surrounding environment and community services, such as kindergartens, are also in poor condition.

Djizzak City regards the urban renewal of these mahallas as a key priority. The residents and the government’s Ministry of Housing and Communal Services also support piloting mahalla upgrades in both the multi-story housing blocks and their public spaces.

To facilitate this plan, CDIA has identified an indicative long list of sub-projects to improve selected neighborhoods in the city, including the Itifoq Mahalla and several adjacent neighborhoods. It will also integrate better road connectivity; and improve community services (like kindergartens) and the surrounding environment through green infrastructure, enhanced solid waste management, sewerage, drainage and water supply.

CDIA will  discuss and prioritize projects with the government and other stakeholders in the next phase of the PPS.

“A holistic and participatory approach to the redevelopment of mahallas can lead to long-term success. Capitalizing on integrated planning and investment can help Djizzak demonstrate their potential for urban sustainability, in the same manner that the participation of residents can empower them to take ownership of the planned interventions,” says Neil Chadder.

Khiva has experienced a significant increase in the number of visitors in recent years. Khorezm Province [where Khiva is] attracted 179,000 international tourists in 2019, an increase of 125% from 2018. The region has also registered 1.63 million domestic tourist trips that represented an increase of 75% from 2018. The Mayor of Khiva has anticipated that foreign visitor levels could increase to one million per annum by 2024; and while this projection will need to be reviewed in light of the COVID-19 pandemic, it indicates the potential of the city for tourism development.

For the government to take advantage of this opportunity, it needs to supplement its tourism efforts with urban regeneration projects that will create secondary areas of tourism interest, apart from the city’s historic core, the Itchan Kala and Dishan Kala, of which the former was inscribed as a World Heritage Site (WHS) in 1990.

Much of the surrounding area outside the WHS is made up of mahallas that feature ancient houses of significant architectural and historical merit. While many of these houses are structurally sound, they lack access to basic services. The narrow roads and alleyways around them are also dilapidated and poorly surfaced. By enhancing the provision of basic services in these mahallas, they can effectively serve as tourist sites in their own right.

The city has initiated this process by prioritizing urban upgrading measures including the renewal of the Binokor Mahalla; the development of urban secondary roads; upgrading and tourism development around lakes, canals and waterways; marketplace rehabilitation; and a potential visitors’ center along the Khiva-Urgench Road. CDIA, as part of its PPS, has identified an indicative long list of sub-projects in line with these measures.

“The aim of urban regeneration efforts in Khiva is twofold. While we seek to increase the recreational value and livability in the area, we also hope to contribute to the city’s tourism development and economic growth,” says Neil Chadder.

Yangiyer’s  primary urban area is divided by the Sarkisov Canal, and there is an opportunity to redevelop the land on the banks of the canal to give small businesses, restaurants and other facilities a place to operate, and residents and visitors an opportunity for recreation. While Yangiyer has a relatively small urban community that can benefit from the canal bank restoration, such initiative can further serve Yangiyer’s neighboring city, Havas.

Through its PPS, CDIA is looking further into various recreational options and ecological upgrade sub-projects that could benefit the Yangiyer/Havas area.

“An interesting aspect of urban regeneration in Yangiyer is the dynamism with which plans are being crafted to make use of idle lands along the canal banks to improve the environment, create public spaces and offer opportunities for small and medium-sized businesses,” says Neil Chadder.

The urban regeneration initiatives in the cities of Djizzak, Khiva and Yangiyer are all aligned with the country’s objective to achieve sustainable urbanization, which relies on an innovative and integrated approach to address environmental, social and economic issues in the three pilot cities.

The next phase of CDIA’s PPS will involve prioritizing the long list of sub-projects and developing the identified sub-projects up to pre-feasibility level.