Improving the Environment through Infrastructure Development 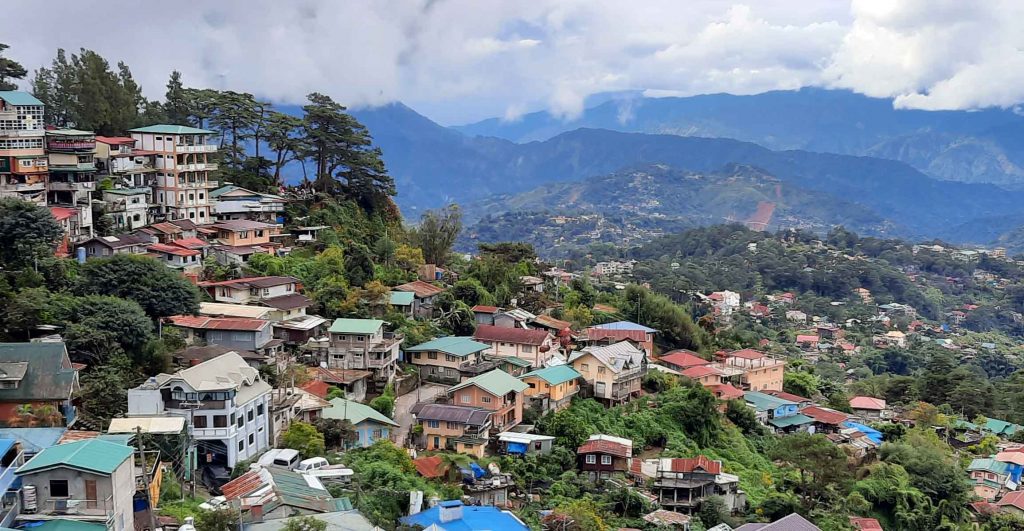 Asia’s fast-growing cities stress the environment and threaten to do irreversible damage to the climate. However, the negative consequences of urbanization can be mitigated or even avoided.

CDIA’s development specialists have been working with growing cities over the past decade, and they have seen that Asia Pacific cities are capable of utilizing infrastructure to develop in harmony with their environment – while also increasing their climate resilience.

On World Environment Day, the CDIA team reflects on two projects they supported that reduced environmental impact in the Philippines. These projects can now provide a blueprint for other cities to follow for their development work.

Protecting the groundwater and watershed in Cagayan de Oro

In 2012, CDIA helped prepare a waste management project in Cagayan de Oro (CDO) – a city of 700,000 on the island of Northern Mindanao.

Up to that point, the city had thrown most of its waste into a 14-hectare open dumpsite in the Carmen district. Open dumpsites, besides being a significant fire hazard, are a serious threat to the local environment; they cause surface and groundwater contamination and they release greenhouse gases. The Philippines outlawed such dumpsites in 2000 with the Ecological Solid Waste Management Act, and Cagayan de Oro needed to make plans to comply with this law.

CDO city officials tapped the CDIA team for their inputs on a pre-feasibility study (PFS). The study provided the technical details for the safe remediation and closure of the Carmen dumpsite and the installation of a new sanitary landfill (SLF). The PFS also recommended the construction of a solid waste transfer station in Agusan district.

With the project approved, city workers closed the Carmen dumpsite, covered the area with soil, and installed gas vents to prevent methane and other gases from building up underground. Then they revegetated the area.

When CDIA Monitoring & Evaluation Specialist Nick Baoy and Urban Development Specialist Brian Capati visited CDO in 2017, the city reported that it had plans to repurpose the area as an eco park “green space” for local recreation.

CDO had begun the construction of the Pagalungan SLF in 2016, and as of CDIA’s monitoring visit in 2017, the landfill had reached the capacity to service 67 of the city’s 80 districts.

The city had also secured funding from the national and local governments for a watershed management project, another initiative CDIA proposed in the 2012 PFS. Forest exploitation in CDO’s watershed area had led to increased soil erosion and rainwater runoff, which put the city at a high risk for flooding.

As of 2016, the city had reforested 3,000 hectares of the upland watershed, doubling the water retention capacity of the area. CDO officials have also started community-based bamboo reforestation in selected areas near the banks of Cagayan de Oro River, and will soon construct catchment ponds in partnership with the private sector.

“Current and planned project actions by the city have been consistent with most of the PFS recommendations,” says Nick. “If these actions are sustained by the city over the medium- and long-term, achieving the environmental benefits envisaged in the PFS are not far-fetched.”

In 2014, CDIA began working with officials in Baguio, a mountainous city of 350,000 residents to the north of Manila.

Baguio, called the “summer capital” of the Philippines, is home to an ascendant tourism industry  – but its rugged topography and intense rainfall make it vulnerable to flooding and landslides, which threaten the safety of the local population and make certain areas of the city inaccessible to visitors.

By 2014, the city had also outgrown its sewerage system, and untreated wastewater overflowed from drainage systems and contaminated the groundwater and local river systems.

To address these issues, Baguio City officials applied for technical assistance from CDIA in March of that year. A CDIA team visited the city to identify wastewater management initiatives and then contributed recommendations through a PFS that was completed in 2016.

When Nick and Brian visited Baguio last year, the local government had taken steps to actualize the PFS recommendations. The city had allocated nearly US$ 2 million of its own resources to construct a new septage treatment plant, acquire sludge dewatering equipment and rehabilitate sewer lines in Baguio’s Central Business District.

These initiatives, however, did not give the city the capability it needs to fully resolve its river pollution crisis. This is why Baguio City officials, as of 2019, were seeking external funding – including a potential amount of US$ 10 million from the Philippines’ Department of Tourism – for further wastewater and drainage infrastructure projects. This is part of Baguio’s efforts to rehabilitate Burnham Park, one of the city’s primary tourist destinations.

Baguio had also elected a new mayor, who was considering a proposal from the PFS to move the city slaughterhouse and wet markets to new facilities with proper waste management facilities that would prevent water pollution.

Nick and Brian also found that the country’s Department of Public Works and Highways (DPWH) had been making progress on the city’s drainage and flood control projects. The city had secured an estimated US$ 15 million from local and national funders, which allowed Baguio to construct a new sinkhole tunnel and new drainage channels along city roads.

Baguio City officials told Nick that flooding in the city had been reduced over the previous monsoon season due to these upgrades, and an estimated 2,000 households in the city now benefited from flood control measures.

As extreme weather events in the region are predicted to become more severe, these interventions should prove to be crucial for Baguio’s future climate resilience.

CDIA’s role in these projects included providing the local governments with detailed project proposals that would improve environmental sustainability for their cities – and would also be deemed as bankable investments by potential stakeholders.

The CDIA team was proud to have achieved these goals in Baguio and Cagayan de Oro. The projects in both of these cities highlighted the long-lasting value that comes from considering environmental protection into infrastructure project designs.

“The fact that these cities were eventually able to secure funding agreements from both national and local sources speaks to the careful consideration our team puts into project preparation,” says CDIA Program Manager Neil Chadder. “We’ve found it incredibly rewarding to collaborate with officials in Baguio City and Cagayan de Oro, and we are thrilled these projects are contributing to environmental sustainability in these cities.”