Why CDIA Works with Secondary Cities 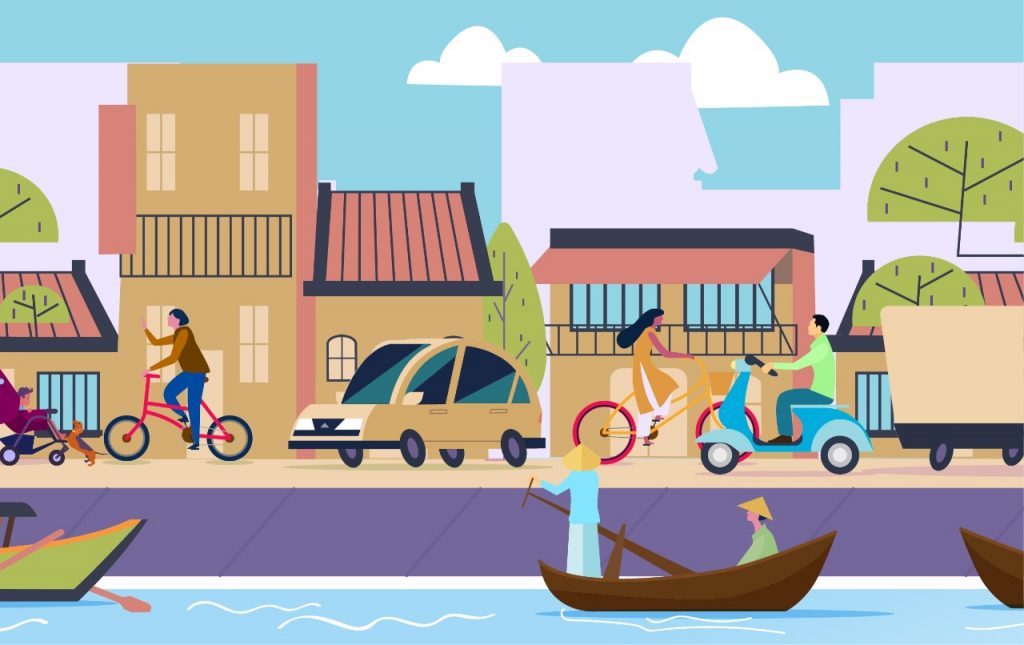 Almost half of Asia’s population lives and works in “secondary cities”, which are urban areas with smaller populations than megacities such as Jakarta and Manila.

While secondary cities have fewer people than most capital or “top-tier” cities, they are urbanizing at a much faster rate than their larger counterparts.

This rapid urbanization has led to a widening infrastructure gap. Public transport, waste management, water supply and other systems in many secondary cities have fallen into disrepair because of a lack of maintenance or insufficient investment for upgrades. And as time goes on, most cities eventually find that their populations have outgrown their infrastructure capacity.

CDIA’s primary mission is to address this infrastructure gap in Asia Pacific’s secondary cities. Since CDIA was launched by the Asian Development Bank (ADB) and the German government in 2007, its development teams have prepared infrastructure projects for 114 cities in the region.

Lara, who is an ADB Urban Development Specialist, has worked concurrently as Project Officer-in-Charge of CDIA since 2019. She works to raise CDIA’s profile in the development world so that the ADB-managed trust fund can help more cities bridge the infrastructure gap.  Prior to joining ADB, she worked as a Senior Planner of Urban Policy for the city of Edmonton, Canada. Before that, she spent over a decade working on a range of urban governance and environmental projects in cities throughout North Africa and the Middle East.

Many central governments, she notes, pursue a “monocentric” development model that prioritizes their primary cities – which are often the national capitals. The intent is that this will create an economic “ripple effect” that creates opportunities for citizens in surrounding urban areas.

While logical and well-intentioned, the monocentric approach often means that a country’s secondary cities will not be allocated sufficient financial and human resources to develop.

This is important than some people might realize; while secondary cities are responsible for less than 40% of the world’s GDP, they also produce most of the resources that the larger cities and their areas need to operate and develop. Their “behind-the-scenes” support is necessary to boost national economies.

Throughout her urban development career, Lara has seen that cities usually become economically competitive by attracting business and talent. However, cities need strong and resilient infrastructure if they are to do this.

Many secondary cities lack proper infrastructure, and Lara says that this leads to a “vicious cycle”; since these cities don’t have the services and infrastructure to attract businesses and workers, they then have less of a tax base with which to finance development investments. This problem is worsened by the rapid urbanization rate of secondary cities (which is generally much faster than the urbanization of megacities) and puts extra pressure on already stressed infrastructure systems.

CDIA’s mandate is to remedy this by helping these cities create bankable infrastructure projects that funding agencies and governments will invest in. This then helps central governments achieve a “polycentric”, or a more inclusive development approach, which can spur economic progress in many of a nation’s municipalities – not just the capitals.

These cities often have “overlapping regulatory frameworks and blurred administrative boundaries,” says Lara, indicating that CDIA specialists must quickly build relationships and trust with officials in the municipality, as well as the relevant government stakeholders, so all parties can come to the agreement necessary to move infrastructure projects forward.

CDIA also needs to be prepared to support urban planners and engineers in smaller municipalities who are overworked. Lara has seen that many of these civil servants are “spread out very thin across many sectors”. They must look after daily operation and maintenance of undersized infrastructure, draft applications for development assistance and plan the development of services in unserved areas – all while continuing their professional development.

The CDIA team also holds training activities for local officials in secondary cities to increase their technical and managerial skill sets. This is a key part of the development process in these cities as “the [development] talent has already migrated out,” to larger cities, Lara says. To ensure proper oversight and operation of new infrastructure, CDIA integrates capacity development activities into their project preparation studies (PPS). Development specialists also plan out bespoke capacity development roadmaps for local officials to follow, and detail these roadmaps with short, medium and long-term measures.

“We need to remember that the most significant challenge facing the region right now is natural disasters,” she says, adding that “this region experiences more than 55% of all natural disasters worldwide.”

This is why CDIA focuses on making infrastructure in all communities more resilient to the stresses and shocks of climate change, which include severe storms, flooding, unpredictable weather patterns and increasing temperatures.

If drastic action is not taken, these crises will almost certainly worsen in the near future – and it is the smaller communities that will bear the brunt of these sudden changes. This gives the CDIA team a sense of urgency as they work to bring infrastructure developments to all corners of the region.

Developing secondary cities can make a “total impact” for its people

Lara sums up CDIA’s approach by saying that her team “focuses on secondary cities because they are at a stage of urbanization where small interventions make a big impact.”

“If you’re working in a city or town of 500,000 and build a sewage treatment plant for 500,000 people, you have touched 100% of the population,” says Lara. “Imagine electrifying a town. How many people can then go to school [once this is done]? How much time can this save women working in their households?”

Lara concludes by saying that “the ability to create change is why this work matters,” and she remains eager to work with new Asia Pacific cities to become livable, sustainable and resilient.