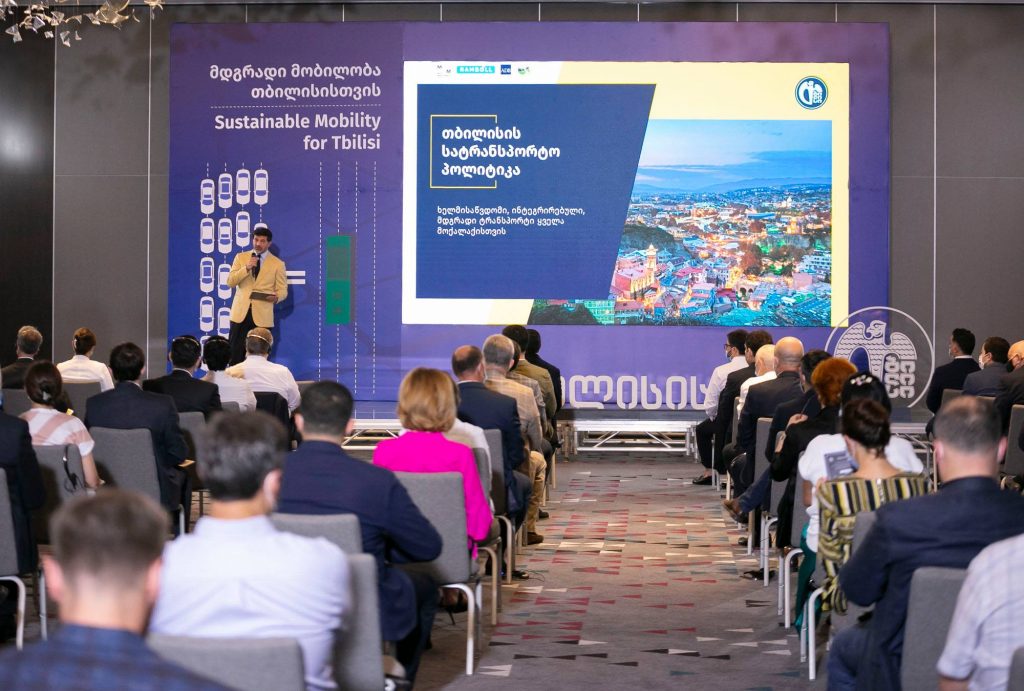 Mayor Kaladze underscored the importance of prioritizing sustainable transportation to address traffic congestion and air pollution in his city and also recognized the support of development partners like CDIA in the implementation of transport-related infrastructure projects.

“I would like to thank Mark Sellin and his team of experts. Their experience and involvement in the project are very important and helpful to us,” said Mr. Kaladze.

Under the Mayor’s direction, the city government has taken concrete steps to upgrade the capital’s bus, metro and cable car systems and improve their management. This city is also working to integrate its various transport modalities to make urban transport easier and more comfortable for passengers.

Tbilisi’s new transport policy includes the development of pedestrianization and non-motorized modes such as cycle lanes and e-scooters. Meanwhile, improvements to Tbilisi’s major roadways, such as Chavchavadze Avenue, have further resulted in better pedestrian traffic flow and a more organized parking system.

Mr. Kaladze also reported that work is underway to introduce “smart” traffic lights and street signs to ease congestion throughout the city.

He stated that his team took recommendations from international experts into account whenever possible during the implementation of these infrastructure projects.

According to Mark, “there is now a new mobility approach in Tbilisi and how the city, with the assistance of international donors has developed an accessible, integrated and sustainable transport for all.”

CDIA has supported Tbilisi’s shift to a more sustainable form of mobility since 2016 – when its development specialists prepared two project preparation studies that focused on improving the city’s bus network and parking systems and upgrading Tbilisi’s metro to meet modern day standards.

After these studies were completed, Mark led a team of five experts to guide the Tbilisi Transport Department on policy development, help design bus priority measures and assist capacity development.

This year, Mark and his team have continued providing advisory support as Tbilisi implements bus priority measures, cycle lanes and parking programs in line with its effort to redesign approximately 100 km of high-traffic core roads in the city.

As part of a capacity building initiative, the CDIA experts also work with the newly established Transport Agency to apply international best practices to their plans and designs. This is part of CDIA’s mandate to equip Tbilisi’s urban planners, designers and engineers with capabilities that will be useful in the long-term.

“I have been working in Tbilisi since 2015,” said Mark, “and especially in the last three years, there has been a total change in the approach and mindset of transport policy in the city…”

“Critically, it was the understanding that a city needs to move people rather than vehicles, which started the transport revolution,” he continued. “This has resulted in the development of sustainable measures – for walking, cycling and public transport.”

Mark finished by saying that, “Today marks just a start. There’s much more about to be implemented.”

Photos showing Mark Sellin, and the social distancing measures employed during the event: 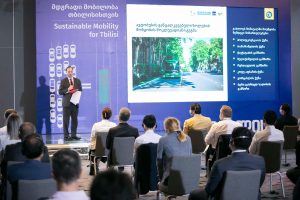 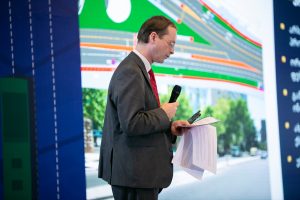 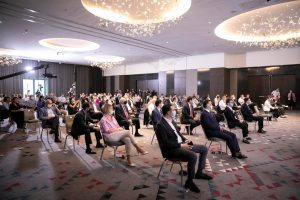 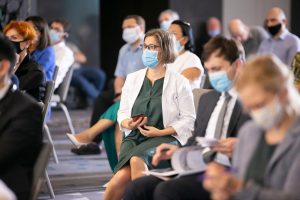