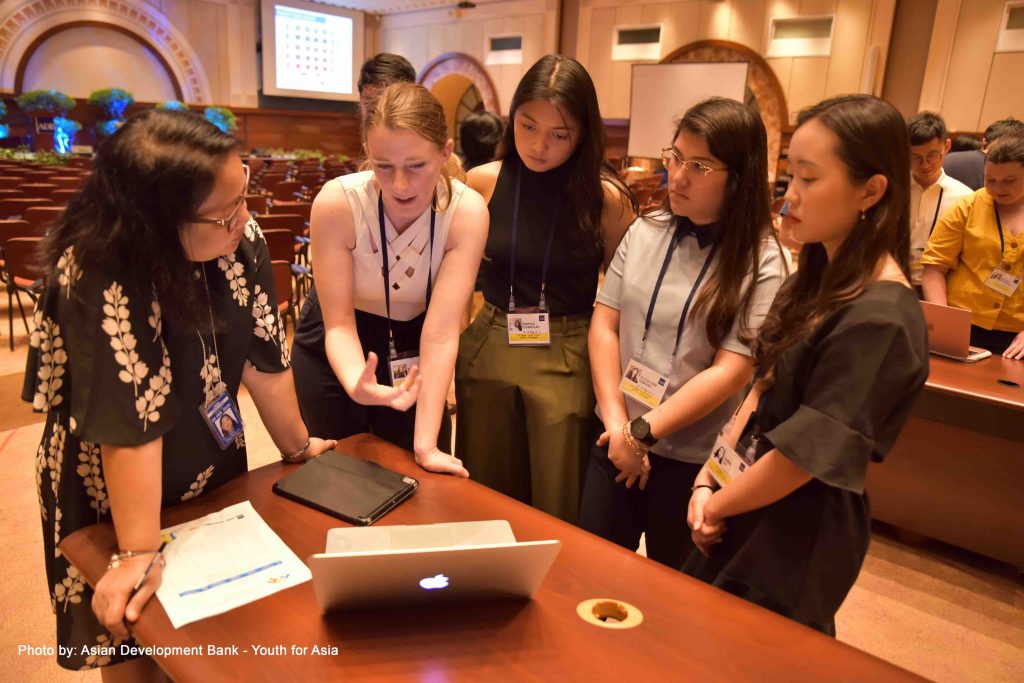 While there are many headlines about Asia’s aging population, it’s actually the most youthful region in the world – with over 1.1 billion people aged under 30.

But Asia’s growing youth population comprises a demographic that has massive potential to shape the region for today and tomorrow.

In celebration of International Youth Day on 12 August 2020, CDIA’s partners at the Asian Development Bank’s Youth for Asia (YfA) initiative offered their views on youth involvement in urban development – and why bringing youth on board to infrastructure projects is critical to securing a sustainable future for the region.

Asia is urbanizing quickly, as young people move out of rural areas to seek jobs in larger cities. This, combined with rising birth rates, means that children and youth now make up about 45% of the population of Asia’s developing cities.

They represent a large workforce that can contribute to both the formal and informal economies – and they plan on calling these cities home for a long time.

“You have to build cities for the young people,” says Chris Morris, head of the ADB’s NGO and Civil Society Center, who also serves as supervisor at Youth for Asia. “You just have to look at the demographics,” he continues, to see that the youth will soon inherit the cities they live in today.

The ADB launched Youth for Asia in 2013 to empower youth as development partners in Asia’s cities. It does this by getting them involved in ADB projects in developing member countries such as Georgia and Vietnam, and connecting them with project stakeholders.

Asia’s young urban population needs economic opportunities and the room to experiment with entrepreneurship,” Minh says – and more importantly they “must have a voice in urban development”, and that youth in urban communities “should be involved in every single [urban development] project”.

This is a huge challenge. How can our cities answer it?

Young people are personally invested in their city’s future

Minh explains that getting youth to volunteer on urban development initiatives starts with presenting them with projects that they can clearly see are relevant to their lives and cities – and then giving them opportunities to volunteer and contribute.

She points to recent construction of the metro network in Hanoi, Vietnam, as a prime example of this.

As the city installed a new Metro subway system, YfA worked with the local AIESEC youth chapter to mobilize students from National Economics University and other young community members to collect gender sensitivity data to enhance pedestrian and passenger safety for all 12 stations.

They used a mobile app called Safetipin to collect this information. Between October 2018 and January 2019, students canvassed the area and ‘dropped pins’ on the app to alert the government to areas that needed attention and help design a user-friendly metro system. The volunteers considered how “safe” the stations felt and if the stations had adequate security personnel.

They also assessed the quality of new infrastructure – including how well-lit the stations were at night, and how easy the access walkways were to navigate – and other urban design features such as the metro stations’ proximity to other public transportation services and local shops.

AIESEC also organized an open forum at which youth could discuss how the new metro system could use gender-safety initiatives to make passengers, especially women, feel safe when in-transit. YfA was a partner in the event, which was attended by more than 1,500 young people from throughout Vietnam. 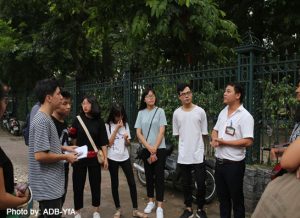 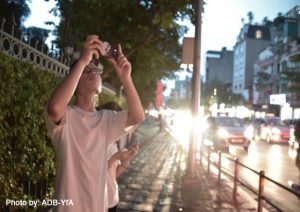 “We very much recognize and advocate for ‘cross-generation’ engagement,” Chris Morris says, adding that including the inputs of young people during the planning stages of projects will lead to more inclusive urban development.

“It’s very surprising to me that young people are left out of the participatory process in city programs, even when [in some cities] they represent over 50% of the population.”

Chris stressed that young people should, too, be part of project implementation because they “have different skills that they bring to the table that older city planners may not have.”

He points out that youth volunteers tend to be “well-networked, knowledgeable about the environment, and connected with social [or student] groups” that have the power to catalyze change in a city.

Minh notes that students and young people are more adept at using social media apps – and this makes them keen, savvy communicators.

This means that they can help local governments spread the word to their communities about imminent development projects “well before the bulldozers start arriving,” Chris says.

“The Hanoi [metro] project and the enthusiasm we had there, is a great example of partnering with young people to share information to the community,” he adds.

For their part, the CDIA team recognizes the importance of involving the youth and the rest of the community in its infrastructure project preparation studies.

And in Lao PDR, some students of Environmental Science at local universities in the cities of Pakse and Kaysone Phomvihane volunteered their time for a waste characterization study. Their participation was an opportunity to offer practical training for interested stakeholders in the context of CDIA’s project preparation study. This CDIA study is also now being used by The World Bank in their diagnostics and advisory services for solid and plastic waste management in Lao PDR.

Additionally, CDIA has held workshops with youth to generate innovative ideas on how to address certain urban challenges – such as the rejuvenation of the St. Inez Creek in Panaji, India. 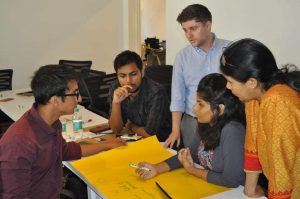 But this “young” movement needs to maintain its momentum

Chris says that the drive to include youth in Asian urban development is still relatively new – and organizations need to keep building on their progress if they want to make a greater impact.

He stresses the need to “look more carefully at how to involve citizens in designing cities, and how to involve them more in project implementation.”

Chris goes on to say that “we need to have more evidence of how bringing young people into projects can help bring a project together,” alluding to the importance of covering youth involvement in projects in the media – and broadcasting their efforts in a bid to inspire more youth to act.

“We need to do more than ‘talk the talk’ in aspects of supporting youth in development,” Chris says.

Minh follows this up by saying that it’s crucial to ensure young people have the economic opportunities that in turn allow them to contribute to the development of their cities.

“If there are opportunities for them to grow,” she concludes, “then the cities will grow as well.”

To get involved with Youth for Asia today, join us at the Asia Pacific Youth Symposium.

The 2020 UN International Youth Day theme is “Youth Engagement for Global Action.” Read more about the UN’s efforts to involve young people in development at the local, national and global levels here.

Cover photo was taken in August 2019 during the 7th Asian Youth Forum at ADB Headquarters.