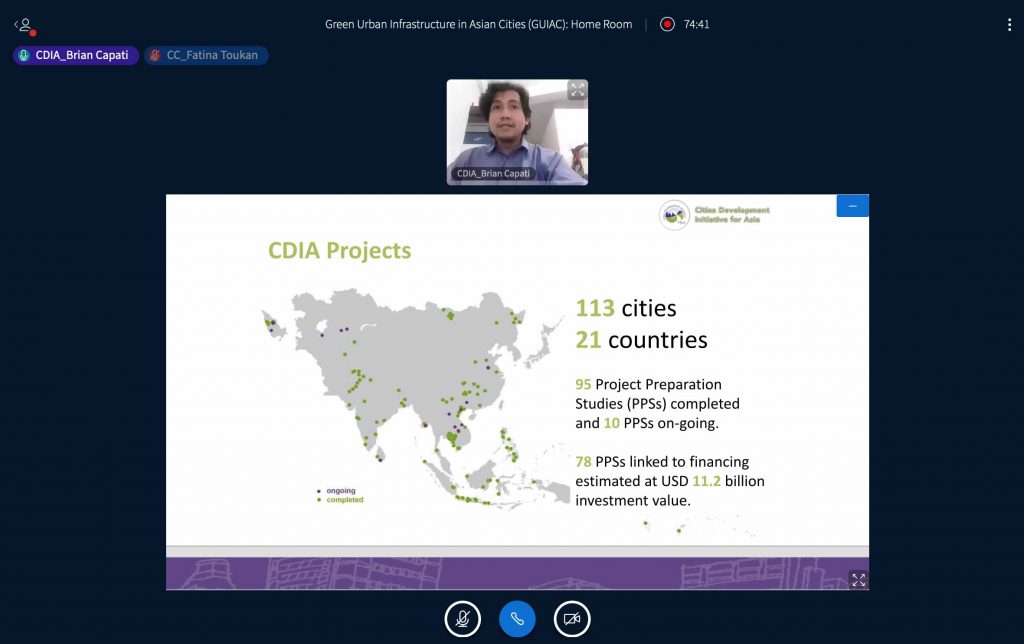 Connective Cities organized the workshops, which lasted between two and three hours each and were held from 03 to 14 August.

The workshops brought together city planners and regional and international development experts to refine the project concepts that the Indonesian cities of Palembang, Balikpapan, Kendari, Jambi and Bandung and the Nepali city of Danghadhi pitched in an earlier meeting in November 2019.

CDIA Urban Development Specialist Brian Capati led his team’s participation in the virtual workshop. After introducing CDIA’s work, he shared some good practices from cities that have been successful in enhancing their solid waste management programs.

Neil Chadder, CDIA Program Manager, later joined him in providing insights and recommendations to the city officials to improve the designs of their respective projects.

Both Palembang and Balikpapan sought to improve community participation in waste management efforts. Danghadhi city officials said they were considering an integrated waste management system that would lessen the waste that ends up in its landfills, and Kendari was exploring ways to increase its students’ awareness of waste management and encourage a culture that values a clean environment and city livability.

“We know that cities have difficulty preparing projects that are bankable and developed well enough for financiers to take them forward as investments,” says Brian. “That is why we are pleased to have been given the opportunity to share our insights on the proposed projects that we’ve been able to glean from our 13 years of experience in infrastructure project preparation. We are also thankful to Connective Cities for facilitating such fruitful discussions at these workshops.”