Infrastructure Can Build Climate Resilience in Cities, If Planned the Right Way 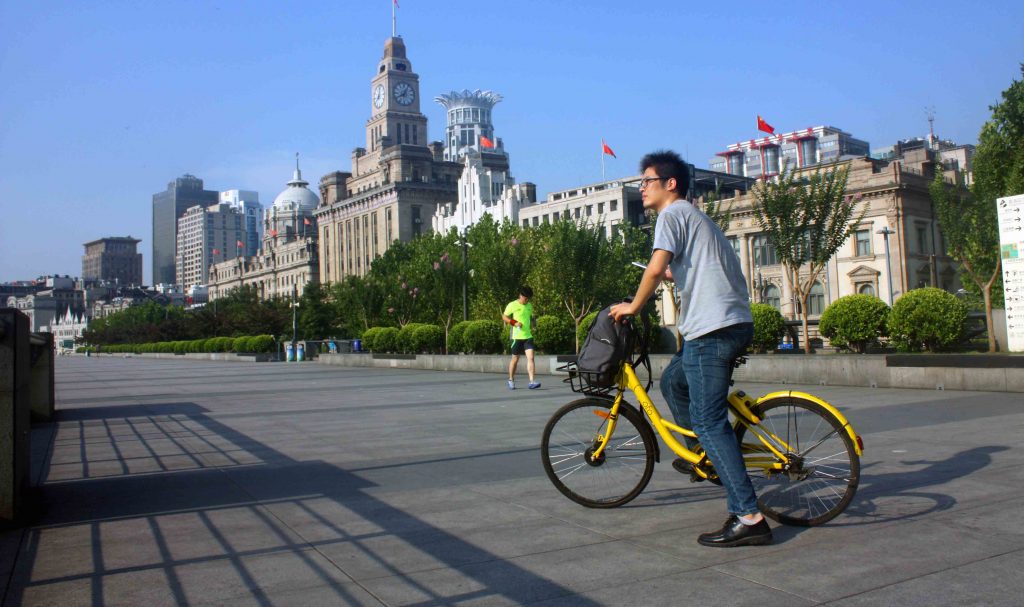 The reciprocal relationship between cities and climate

There is bad news and good news here; the bad news is that Asia’s growing cities are major contributors to climate change. Their increased construction activities, dependency on private vehicles, and a lack of adequate environmental safeguards in the industry account for the majority of the region’s carbon emissions.

Cities are already experiencing the negative consequences of climate change; it exacerbates poverty and inequalities, and impacts the environment. Temperature increases and erratic weather patterns have worsened water scarcity and brought more powerful storms to the region, and low-lying coastal cities in Asia and the Pacific are increasingly vulnerable to flooding and rising sea levels.

“Climate change is real and it is happening. We have no choice but to adapt to it,” says CDIA Urban Development Specialist Fabienne Perucca. “We are not going to reverse the trend overnight and it requires a collective and a massive change of mindset and approach.”

The good news is that cities in the region understand this and are already working to build their resilience and mitigate the impacts of climate change.

Climate-resilient and sustainable infrastructure is part of the equation

Some cities have already adopted climate solutions. These include water sensitive designs such as “sponge cities” (sustainable urban drainage systems that absorb and filter rainwater before it reaches local aquifers) that can mitigate flooding. In general, CDIA often recommends that cities pursue a mix of grey and green infrastructure that helps water to percolate, flow, evaporate or be stored.

Concerning urban mobility, it is essential for cities to develop networks that are designed to move primarily people – not vehicles. This paradigm shift is key to developing efficient and attractive public transport networks. If more citizens choose to use these modes of transportation, it will reduce GHG (greenhouse gas) emissions, increase city revenues and make cities more livable by reducing congestion and pollution.

Fabienne says that, while helping cities prepare infrastructure projects, CDIA also highlights the need for a holistic approach to infrastructure development. CDIA urban development experts integrate “soft measures” such as capacity development activities and institutional strengthening into their work with cities; as they are key to reinforcing those cities’ infrastructure investments.

Meanwhile, she says that it’s crucial for city officials to understand that planning infrastructure investments today will shape the urban growth and economic development of their cities for decades to come. Analyzing and managing climate risk as early as possible is more cost-effective than attempting to do so later, Fabienne adds.

Climate-resilient infrastructure development is urgently needed if cities are to protect their poorest and most vulnerable populations, who don’t have adequate access to infrastructure and services, from ever-worsening climate shocks and stresses. This is why CDIA works with city officials to include the least affluent communities in their plans, and makes sure their urban development projects incorporate a pro-poor aspect. Adopting this inclusive approach is key to building urban resilience while improving livability and economic development.

How CDIA works with cities to prepare climate-resilient infrastructure projects

There are three main steps to CDIA’s involvement with a city that is preparing an infrastructure project:

CDIA first completes a field assessment in order to fully understand the local environment and context for the new proposed infrastructure project. Urban development experts will also perform an initial climate screening at this phase, which includes an analysis of climate stressors.

This phase helps CDIA understand the climate vulnerabilities and risks inherent to the project area. Some work items in this phase include mapping vulnerable areas, reviewing and analyzing past climate conditions, preparing for future scenarios, and consulting local and provincial stakeholders. Once these tasks are completed, CDIA can propose a range of infrastructure adaptation options for the area in question.

CDIA then looks at the list of the projects the city has identified as key priority projects, and then, works to develop them up to the pre-feasibility level.

CDIA urban development experts have been involved in various climate resilience projects throughout the region in recent years. Here are some of the highlights:

The new Hlawga Water Supply Project will help secure the clean water supply for Yangon. Climate change has brought longer dry seasons to Myanmar, and CDIA has partnered with the city to install a new water treatment plant, service reservoir, and transmission and distribution pipelines that will reduce non-revenue water and make the system more efficient and reliable. Agence Française de Développement (AFD) is expected to finance the implementation of the proposed interventions.

Last year, CDIA prepared a Climate Vulnerability and Adaptation Assessment on the climate hazards, vulnerabilities and risks that affect four secondary cities in Cambodia, and this assessment helped to inform the prioritization of the cities’ investment projects.

The projects are now expected to contribute to the flood reduction, environmental sustainability and climate resilience. Read more

Valenzuela has an aquatic landscape and is located within a typhoon belt, making it especially susceptible to the effects of climate change.

In 2013, CDIA helped the city develop and enact flood protection measures. The ensuing government efforts reduced Valenzuela’s flood vulnerability and improved its capacity to prepare for and respond to flood-related disasters. Read more

The CDIA team is accelerating its efforts to help cities realize climate resilient infrastructure projects. To help them achieve this, the European Union and AFD provide support to CDIA to strengthen its capacities to fully mainstream climate change into their operations and develop communication products to raise awareness about climate change.

To get their message out to more cities, CDIA is now developing an interactive webpage that will tell the stories of their climate-related projects in the region and use an animated narrative to show infrastructure solutions that can help Asia Pacific cities address climate change challenges.

“With this webpage that we will launch early next year,” says Fabienne, “CDIA wants to do more to help people learn about the topic of climate change and how it affects their cities. We want to make it easy for city officials to understand how we can help them address climate change at the local level.”

And by doing this, CDIA hopes to empower cities to improve their resilience– and the lives of their people – by investing in climate-resilient and low-carbon infrastructure development.