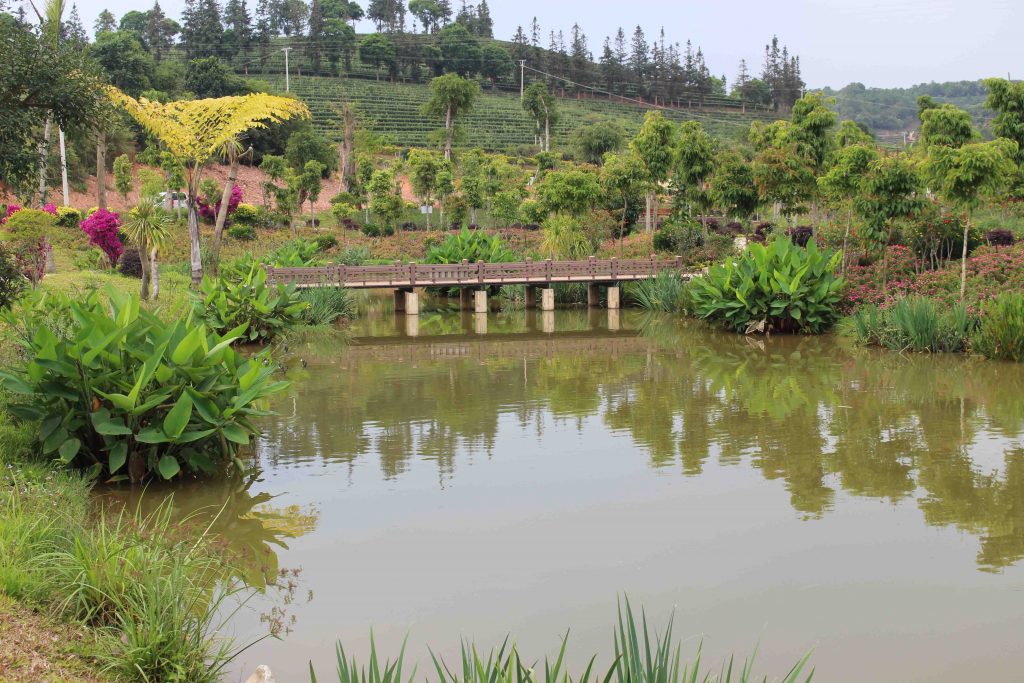 Asia Pacific cities are seeking solutions to adapt to rapid urbanization and climate change, and traditional “gray infrastructure” – such as water treatment plants or flood embankments  – remains a common and important approach.

Some cities are supplementing gray infrastructure projects, which in many cases are characterized by high installation and maintenance costs and rigid, singular functionality with “nature-based solutions” (NbS), which are infrastructure systems that embrace green elements such as trees and plants, wetlands, floodplains and open spaces.

A nature-based solution is generally defined as any action that helps protect, sustainably manage, or restore an ecosystem. While a growing body of evidence speaks to the applicability of NbS, particularly for small and medium-sized cities, they still remain relatively novel throughout the region.

However, CDIA intends to make these solutions ubiquitous in Asia Pacific cities by sharing with city officials their social, economic and environmental benefits.

The diverse applications of NbS

According to a research led by The Nature Conservancy, NbS have the potential to provide up to 37 percent of the emission reductions necessary to achieve by 2030 to “keep global temperature increases under 2°C” – a crucial milestone in the effort to mitigate climate change.

Meanwhile, Water Sensitive Urban Design (WSUD) is a type of NbS that cities can employ to increase their capacity for sustainable water management. Cities employing WSUD can pursue methods that include integrating natural elements (such as soil, water and plants) into water cycle management practices, which helps enhance infiltration and evapotranspiration and capture and reuse stormwater. This helps cities maintain the natural water cycle, mitigate water discharge from heavy rainfalls and reduce stress on a city’s water treatment facilities. And, crucially, it can reduce a city’s risk of flooding.

Soon, several cities in Vietnam will benefit from applying WSUD practices in projects implemented with the support of the Asian Development Bank through the Urban Climate Change Resilience Trust Fund. The local government of Hue – a city in central Vietnam which suffers from floods and typhoons during monsoon seasons, is using WSUD tools to regenerate a local pond and river.

In this project, gray infrastructure will be integrated into its surrounding nature to create an optimal solution: a restored wetland with a water circulation system, cascading walls and vegetated swales to treat street runoff, and raised walkways for social and recreational gatherings. This comprehensive regeneration will help the city absorb and store stormwater, improve its water quality and bring new, vibrant community spaces to life.

NbS also help cities move away from a sectoral approach to infrastructure development and instead require undertaking a comprehensive analysis of a city’s entire urban development plan to create synergies to public health, biodiversity, social-wellbeing, and economic growth.

CDIA urban development experts have worked on a pair of projects in the People’s Republic of China (PRC) that employed NbS to protect urban water bodies and increase livability in two Chinese cities.

The CDIA team began working with the city of Yangzhou in 2008 to integrate a new wetland park area into the city’s redevelopment plan, which then doubled as a recreational area in 2017. When members of the CDIA team visited Yangzhou that same year to perform a tracer study, they found that the new park had reduced pollution and improved the ecology along the city’s riverway.

And in 2012, CDIA consulted with the local government of the city of Pu’er to develop an infrastructure project to rehabilitate the Simao River and its surrounding area. The CDIA team recommended integrating NbS into the city’s flood control, environmental improvement and water reclamation works. They promoted ecologically sound and diverse measures, natural processes and materials, and based their restoration efforts on the idea of the features being part of the natural environment and not exclusively built structures. They also advocated for the use of native plant materials for revegetation and for reinforcing flood beds and riverbanks.

When Pu’er’s local government adopted this ecological and green development approach, it ensured cost-effective construction and maintenance operations. It also provided a habitat for the local biodiversity and recreated a natural river environment that served to protect the city against flooding.

A four-step plan to bring NbS to cities

The NbS approach is flexible enough to be utilized in many contexts of urban environments. However, in order to identify the most adequate and cost effective measures to increase urban resilience, cities should include stakeholder consultation and mobilize multidisciplinary teams, while adhering to the following key questions:

City officials first should assess their “baseline,” which includes a complete assessment of their climate risks and vulnerabilities and their capacity to adapt. They should also analyze their potential urban expansion plans and trends by mapping existing and future land use, and reviewing their conceptual master plans with a resilience lens.

Cities should next seek to define adaptation objectives and targets and also define vulnerability reduction strategies that will be most effective – based on that city’s local climate and unique budget considerations.

City officials should then acquire an understanding of the effectiveness of these adaptation measures and how they will suit their city. These measures can include “hybrid” approaches that combine gray and NbS, as needed to fit that city’s specific context. The design of such measures should consider technical, social, economic and financial dimensions, as well as the enabling policies in place.

The city then implements these measures in close consultation with the community. The “operations stage” of installing new infrastructure includes regular maintenance and repair, as well as necessary adjustments to NbS to suit changing climate conditions.

How CDIA helps make NbS a reality in Asia Pacific

Many cities, though ready to pursue improvements by implementing NbS, first need to overcome the challenges that hinder their infrastructure goals.

These challenges can include a “limited data baseline” – which means that cities do not have the scientific research or data on-hand they need to choose which NbS could suit their particular contexts. Other cities struggle to establish the “bankability” of their projects, which prevents them from getting funded.

CDIA has been working for more than a decade to solve these problems for Asia Pacific cities. The team’s urban development experts consult closely with city officials to help identify feasible NbS and find ways to integrate these measures into their urban development plans.

CDIA then works with cities to bring their development plans to life by helping them prepare bankable projects that downstream financiers including the Agence Française de Développement, the Asian Development Bank, the World Bank, national governments and entities in the private sector will consider and potentially approve.

As nature-based solutions become more mainstream, CDIA intends to utilize this opportunity to accelerate their adoption by cities across the region. In doing so, they can do an important part of the work to secure a more livable and resilient urban future for Asia and the Pacific.

Sign up for CDIA’s newsletter here for urban development news from cities across Asia Pacific.