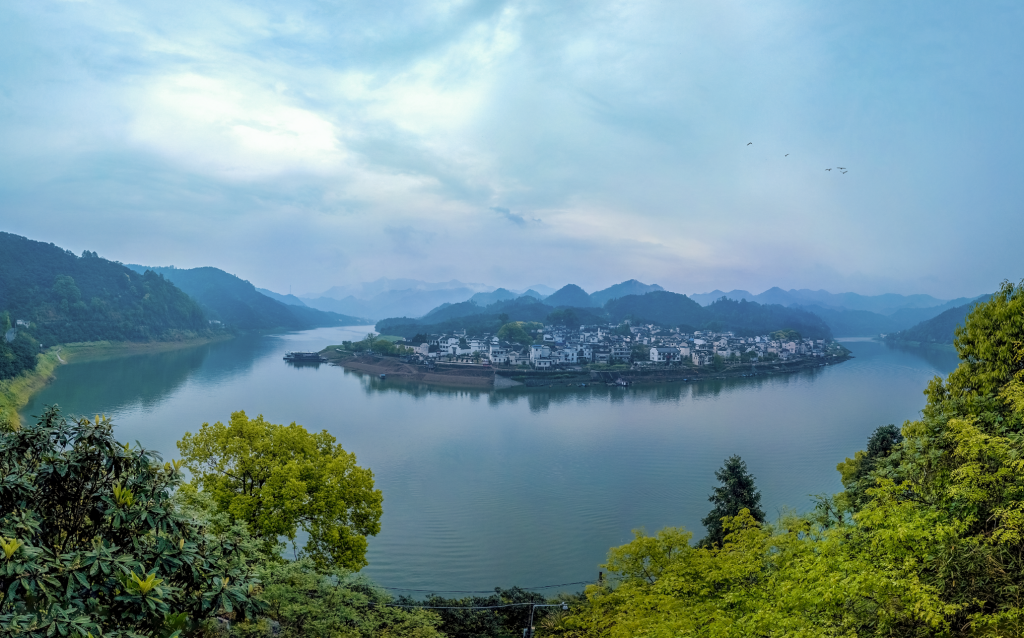 The theme of this year’s World Environment Day celebration is ecosystem restoration, and for most people this will bring to mind images of forests, water, and wildlife.

However, in reality, built urban environments such as cities are an integral part of the global ecosystem – and they have the power and the responsibility to protect and restore it.

The UN defines ecosystem restoration as “assisting in the recovery of ecosystems that have been degraded or destroyed, as well as conserving the ecosystems that are still intact.”

Ecosystem restoration is possible – but challenging

The good news is that much of the damage already done to our ecosystems can be offset with ambitious and strong engagement by key stakeholders.

Cities can help by prioritizing nature-based solutions, which include measures to protect “green elements” such as trees, wetlands and floodplains in their infrastructure projects.

The bad news? Cities of all sizes need to overcome significant challenges before they can implement such projects.

These challenges of leveraging infrastructure to protect and restore local ecology are all magnified in secondary cities, as these cities usually have fewer financial and skilled personnel resources – two of the key requirements for infrastructure projects – than their larger counterparts.

Meanwhile, in addition to the challenges of preparing projects that protect the environment, the COVID-19 pandemic has further complicated infrastructure financing. Most cities, provincial governments, and national governments allocate funding toward their immediate public health responses and away from potential infrastructure initiatives.

Signs of progress in the region

Several major Asia Pacific cities and communities have made deliberate efforts to revitalize their local ecosystems in recent years – and they can now give other cities inspiration for restoration projects of their own.

One example is Kuala Lumpur, Malaysia, which initiated the “River of Life” project in 2011 to revitalize the polluted waters of its Klang and Gombak Rivers.

The project involved removing garbage from river waters and riverbanks to let 110 kilometers of urban watercourse flourish again. The city also installed bike lanes and boardwalks along the water. A decade later, the ambitious project is nearing completion.

Besides these initiatives, cities including Bangkok, Thailand and Wuhan, People’s Republic of China have utilized water harvesting structures such as “sponge cities” to mitigate droughts, restore groundwater levels and create green spaces for biodiversity. These projects bring not only the environmental and climate value but also economic value, as certain economic activities were stimulated around the restored areas.

Finally, smaller communities – even those without the support of development organizations – are also initiating their own environmental protection and restoration initiatives. Over the past decade, Philippines communities such as Iloilo City have replanted trees in mangroves along their coastlines to form a natural buffer against hurricanes and other climate shocks.

All of these ecosystem restoration initiatives are crucial to climate change mitigation – as healthy ecosystems store large quantities of carbon emissions that would otherwise go into the atmosphere.

The CDIA team specializes in sectors critical to ecological restoration efforts – such as flood management, sewage management and water supply management – and have spent the last fourteen years lending their expertise to secondary cities preparing bankable and climate-resilient infrastructure projects.

In 2012, CDIA worked with officials in the fast-growing city of Cagayan de Oro, Philippines, to develop an infrastructure solution for solid waste management. CDIA developed a project preparation study (PPS) that outlined the proposed closure of an open dumpsite in the city and the construction of a new septic treatment plant.

When the city implemented the project in 2016, it converted the dumpsite into an ecopark and reforested 3,000 hectares of upland watershed which helped decrease erosion and rainwater runoff. These interventions provided an efficient and sustainable waste management solution for Cagayan de Oro – and protected nearby ecosystems from unprocessed waste.

Also in 2012, CDIA supported the city government of Pu’er, People’s Republic of China to develop a rehabilitation project for the local Simao River. The ensuing project included the use of native vegetation to restore the ecosystem along the riverbanks – and now serves as a model for other cities seeking ways to optimize climate resilience and protect their green spaces.

In 2019, CDIA urban development experts provided technical assistance to help prepare an ecological protection project in Huangshan, People’s Republic of China that aimed to reduce polluted water flowing into the city’s Xin’an River – a source of drinking water for 10 million residents in the Zheijang Province.

Huangshan officials considered CDIA’s inputs regarding upgrades to the city’s drainage systems in the project design. When completed, the project is expected to reduce the effects of flooding along the riverbank and improve the resilience of the Huangshan’s wetlands – while also allowing the city to reap the financial benefits of increased ecotourism.

The time to act is now

Despite the operational and health challenges posed by the COVID-19 pandemic, the ecological restoration work cities undertake today will pay much-needed dividends in the future – and help us avoid the devastating consequences of inaction.

This is why CDIA took action this year to create a new way to assist secondary cities prepare infrastructure projects.

With the majority of in-person field visits with city officials not possible due to travel restrictions, CDIA is taking its consultations virtually with a new series of Virtual Clinics – intensive, one-on-one consultations for Asia Pacific city officials who want to prepare and develop infrastructure project proposals that align with the sustainable development goals and funder’s priorities.

By the end of their meetings with the CDIA team, cities will have a prioritized list of sectors they need to focus on, and a comprehensive understanding of how to draft an application for infrastructure project support.

CDIA believes that their work with secondary cities to realize their infrastructure ambitions will help the region make imminently-needed gains for environmental protection and ecosystem restoration.

We’ve just concluded a successful first clinic session, and there are more seats available at the upcoming sessions.

To learn more about the CDIA Virtual Clinics and register to attend, visit: www.cdia.asia/virtual-clinics.

CDIA has collaborated with PT SMI in Indonesia to deliver a comprehensive capacity development program aimed at enhancing the project development ...