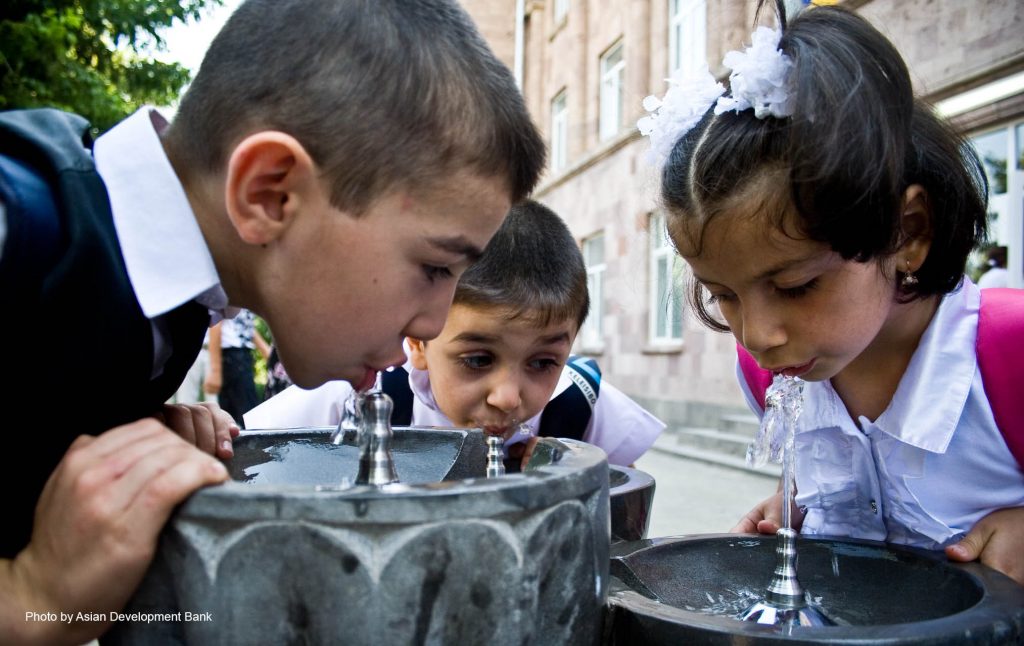 At the project confirmation workshop held 19 May 2021 in Dushanbe, Tajikistan, city officials and other partners endorsed the scope of physical works proposed by CDIA under its project preparation study (PPS) for the Additional Financing – Dushanbe Water Supply and Sanitation Project (AF-DWSSP).

“The additional components will boost the government’s ongoing efforts to modernize their water supply and sanitation (WSS) infrastructure,” says CDIA Program Manager Neil Chadder. “They are critical to ensure that Dushanbe’s residents are provided with more efficient and reliable water supply and sanitation services needed to fight off diseases and improve their well-being,” he adds.

Among the priority investments on water supply provision include the rehabilitation of Kafarnigan I and II well fields, reinforcement of water mains, rehabilitation of pumping stations and reservoirs, establishment of district metering areas, and the purchase of operation and maintenance equipment.

In 2018, CDIA supported the city in preparing a “priority project,” a set of interventions that aims to improve the water supply in Dushanbe’s Shohmansur District, enhance the sanitation services in the southeastern part of the city and recommend capacity development measures for the State Unitary Enterprise Dushanbe Vodokanal, the agency responsible for the city’s WSS services.

The Asian Development Bank (ADB) has taken forward the priority project through its investment in the Dushanbe Water Supply and Sanitation Project (DWSSP) totaling $41.22 million. It accounts for 55% of the CDIA-proposed interventions.

The ongoing PPS for AF-DWSSP aims to cover the rest of the priority project to ensure that Dushanbe’s water system is fully rehabilitated and expanded. The government is now discussing with ADB a possible grant for these additional works.

A team of CDIA experts has conducted reviews, surveys and site visits to identify the physical components of the AF-DWSSP. The list of possible interventions include the remaining parts of the priority project prepared by CDIA in 2018 but which were not included in the currently ongoing DWSSP implementation; work items and new priorities provided by the city; and work items jointly identified by DVK and CDIA during the initial stage of the AF-DWSSP PPS. The city and ADB clearly stated that the top priority are the works that will lead to the completion of the priority project.

With the endorsement of these physical works following the confirmation workshop, CDIA has started developing the conceptual and preliminary engineering design for these priority investments.

A final report workshop will then be conducted to present the findings. After which, the technical parts of the CDIA PPS in 2018 will be updated to include the engineering designs.

A separate and parallel ADB-managed transaction technical assistance team will then build on the work of CDIA to fully prepare the project for the financing of AF-DWSSP.

CDIA Program Manager Ramon Abracosa participated in the Asia Water Forum (AWF) 2022 as a panelist for the session on ...

CDIA released today its new publication titled, Climate, Infrastructure, and Your City to provide insights in preparing bankable and sustainable ...