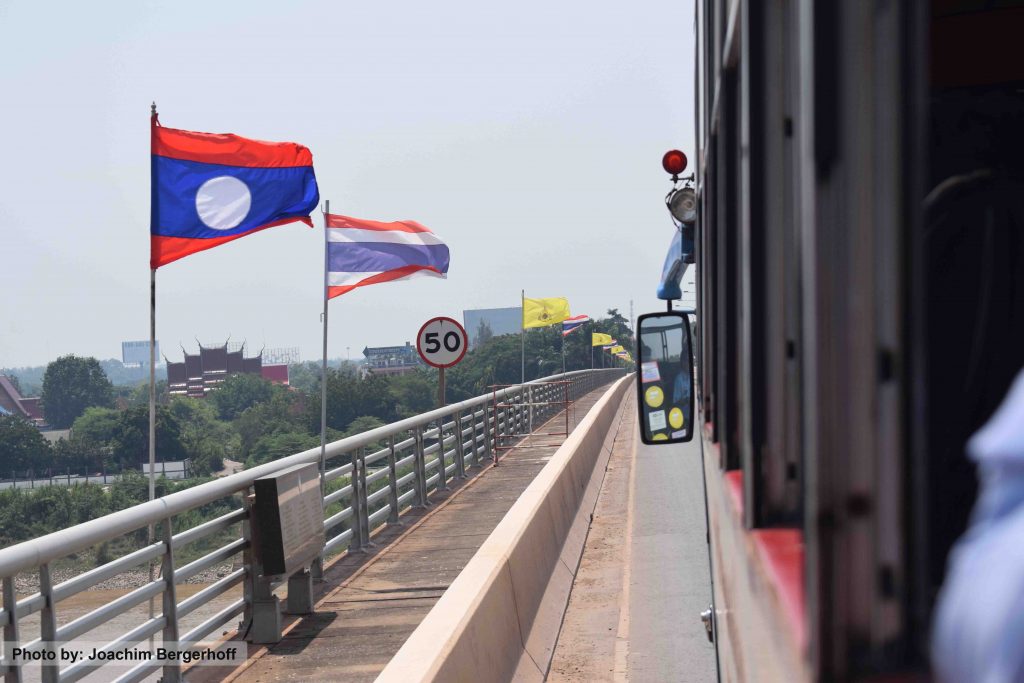 Passengers combining public transport trips to cross the border cities of Nong Kai in Thailand and Vientiane in Lao People’s Democratic Republic use a succession of three transport modes – one from the coach station to the first checkpoint at the bridge, a shuttle van to cross it to the other checkpoint station, and one on to the other coach station. This process, combined with crowded immigration facilities can often delay the crossing by over an hour.

CDIA will soon embark on a project preparation study (PPS) for the Vientiane-Nong Khai Cross-border Cable Car, which aims to offer an efficient and sustainable cross-border connection that facilitates the movement of people between the two countries.

“This type of project is rare for CDIA because it covers two countries,” says Chee Anne Roño, Urban Development Specialist in charge of the PPS. “The complexity of the project and the coordination requirement is double but we’re delighted to be working with both the Thai and Lao governments to provide an option for a hassle-free travel experience in their border crossing,” she adds.

The basis for the CDIA PPS is the initial work carried out by the Sustainable Design of Urban Mobility in Middle-Sized Metropolitan Regions (SMMR). The ASEAN-German cooperation project supports four metropolitan regions across Cambodia, Vietnam, Lao PDR and Thailand in their ambitions to create metropolitan mobility governance, plans and projects.

SMMR was instrumental in the evaluation of the existing international border crossing between Lao PDR and Thailand and actively engaged stakeholders in both countries in a common visioning process. Considering the opening of the Vientiane-Kunming rail line in December 2021, the stakeholders suggested different border-crossing solutions. Out of which, the concept for a cable car project over the Mekong River emerged as a quick and attractive cross-border, intermodal connection to link the passenger transport systems of Thailand and Lao PDR, freeing much of the capacity of the existing Friendship Bridge for freight traffic. By facilitating everyday cross-border mobility and as a potential tourist attraction in its own right, the cable car is envisaged to make a significant contribution to the economic corridor and can form part of the COVID-19 recovery strategy for both countries.

In partnership with SMMR, CDIA will take the initiative further by supporting the two countries and the border cities in formulating a PPS that will establish the viability of a cross-border cable car system designed to be linked to various existing/planned transport networks in Thailand and Lao PDR.

CDIA will prepare a feasibility study and preliminary design for the project that can be implemented via a public-private partnership mechanism. Through the PPS, CDIA also hopes to enhance knowledge on working examples of cable car systems, and share practices and lessons learned from similar projects.

The actual PPS is expected to commence in January 2022 and will run for a period of nine months.

“The project concept we will be studying is a potential game-changer for cross-border mobility,” says Chee Anne. “It will be designed with the framework of Avoid-Shift-Improve principles of sustainable mobility in mind by providing direct connection, creating an intermodal transport hub, and utilizing an environment-friendly cable car system.”

“The shared vision is to facilitate cooperation and integration not only between Lao PDR and Thailand, but eventually in other countries in Southeast Asia,” she adds.

To make rapidly growing and evolving cities in the Lao PDR more “liveable”, CDIA is helping local authorities in Luang ...