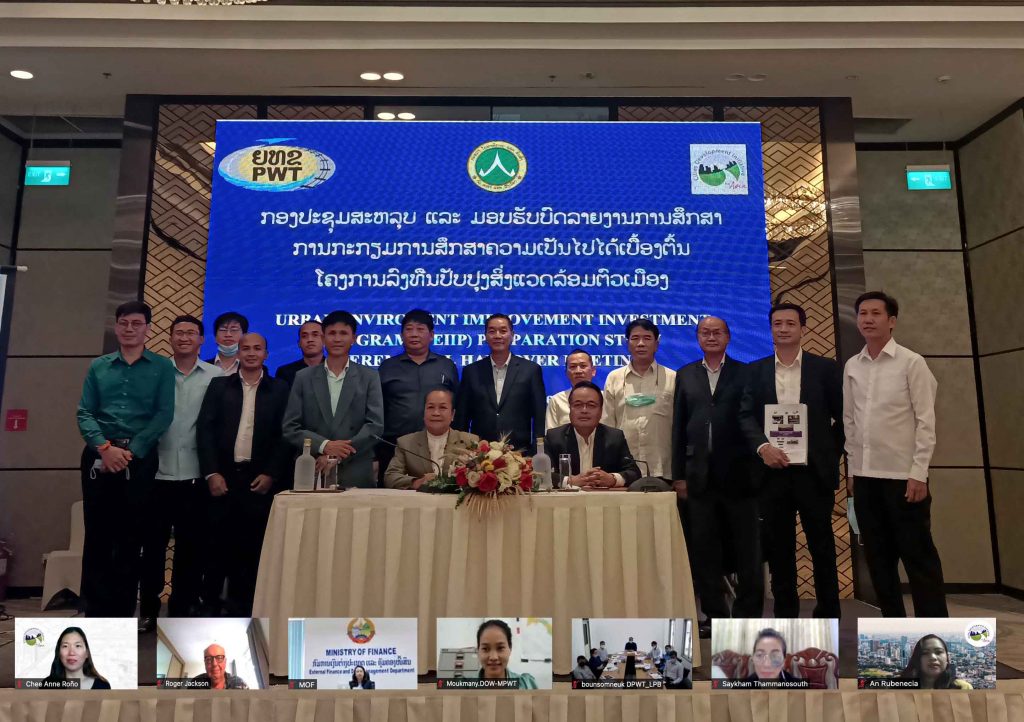 The CDIA technical team identified key interventions to enhance livability in the cities of Pakse, Luang Prabang and Kaysone Phomvihane. They proposed an investment package on solid waste, wastewater management, streetscape improvement and institutional development to realize the livability aspirations of the three provincial capitals, which were upgraded to city status in order to advance their administration and development.

“It has been quite a journey, which started late 2019 when the grant funding from CDIA was approved and we commenced work with the Government of Lao through MPWT,” said Chee Anne Roño, CDIA Urban Development Specialist who led the PPS team.

“CDIA is grateful that key people in government had come together and supported the PPS despite the disruptions from the pandemic. We were able to conduct technical missions in early 2020 but it was through extensive online consultations with all project stakeholders that we were able to contribute to the country’s urban development strategy and formulate a $123-million investment package for the three cities,” she added.

CDIA prepared a suite of urban investment measures, which is expected to be fed into the country portfolio of Asian Development Bank (ADB) in Lao PDR, particularly Urban Environment Improvement Investment Program. Dr. Viengnam Douangphachanh, Director General of MPWT’s Department of Housing and Urban Planning, provided critical oversight in the conduct of the CDIA PPS across the three cities.

For Kaysone Phomvihane, CDIA advised to build on earlier infrastructure investments on solid waste and wastewater management by improving the recycling and composting facilities of the city and setting up septage management systems for Zone I. To improve their drainage and street environment, the team recommended measures such as combined storm water drainage/sewerage channel systems for Zone 1, access roads in identified areas, road around park extension, pedestrianized and cycle paths, and park system throughout the city.

“We welcome the recommendations and are ready to support and cooperate in terms of implementation,” said Vice Governor Viengthavysone Thephachanh from Savannakhet Province. “The proposed investments are very important for us in developing our provincial capital Kaysone Phomvihane into a livable city in order to attract tourism, investment and trade,” he added.

For Pakse, CDIA experts proposed to further improve their recycling, composting and sorting facilities to supplement earlier investments under the ADB-funded Pakse Urban Environmental Improvement Project. They also included a proposal to expand the solid waste management coverage to the unserved districts of neighboring Bachiang Chaleunsouk and Phonethong; the setting up of sewerage and drainage management systems in Zones 1, 3 and 4 as well as the construction of access roads.

Vice Governor Somboun Heungvongsa of Champasack Province congratulated the PPS team and acknowledged the importance of holding consultation meetings to reach a satisfactory conclusion to the PPS.

For Luang Prabang, the team proposed comprehensive measures for solid waste collection up to construction of a new landfill as well as refurbishing a mobile autoclave for healthcare waste, critical with the ongoing pandemic. The World Bank has taken interest in proposals such as combined stormwater drainage and sewerage channel systems for Zones 1A and 1B, which is relevant under their ongoing Southeast Asia Disaster Risk Management Project in Lao PDR. Other proposals include pedestrian walkways, drainage and linear park along existing roads, and rehabilitation and slope stabilization along the banks of Khan River.

“We agree with the PPS results and are ready to support and cooperate with this project moving forward,” said Vice Governor Monxay Lamouaxong of Luang Prabang.

Additionally, CDIA provided the three cities with specific recommendations for building the capacity of implementing agencies to carry out the proposed urban infrastructure projects in a more efficient and sustainable manner. The Institutional Development and Capacity Building Road Map outlines the activities that will be implemented by the three cities in the short-, medium- and long-term horizons to address their main institutional issues.

Examples of these activities include development of city livability plans in the context of urban planning, drafting of appropriate legislations to clarify roles and responsibilities of various implementing agencies at the city-level, and hands-on training on the development and operation of infrastructure projects, among others.

“We agree with the study result, the timeline of implementation and the budget,” said MPWT Vice Minister in her closing remarks. “We have achieved our project and meeting objectives. I would like to thank CDIA in terms of the financial and technical support on the pre-feasibility study. This is a very important project for us,” she added. 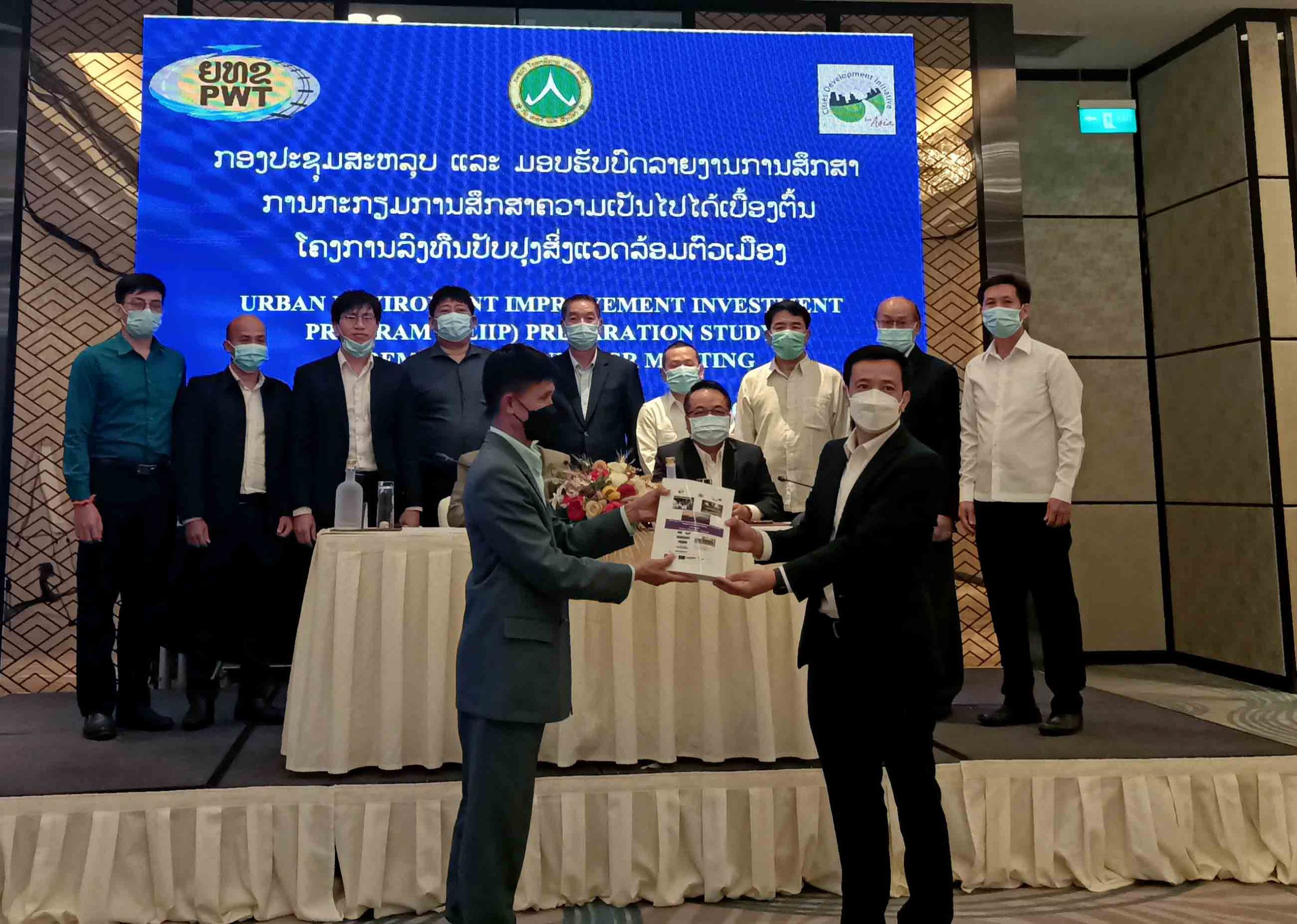 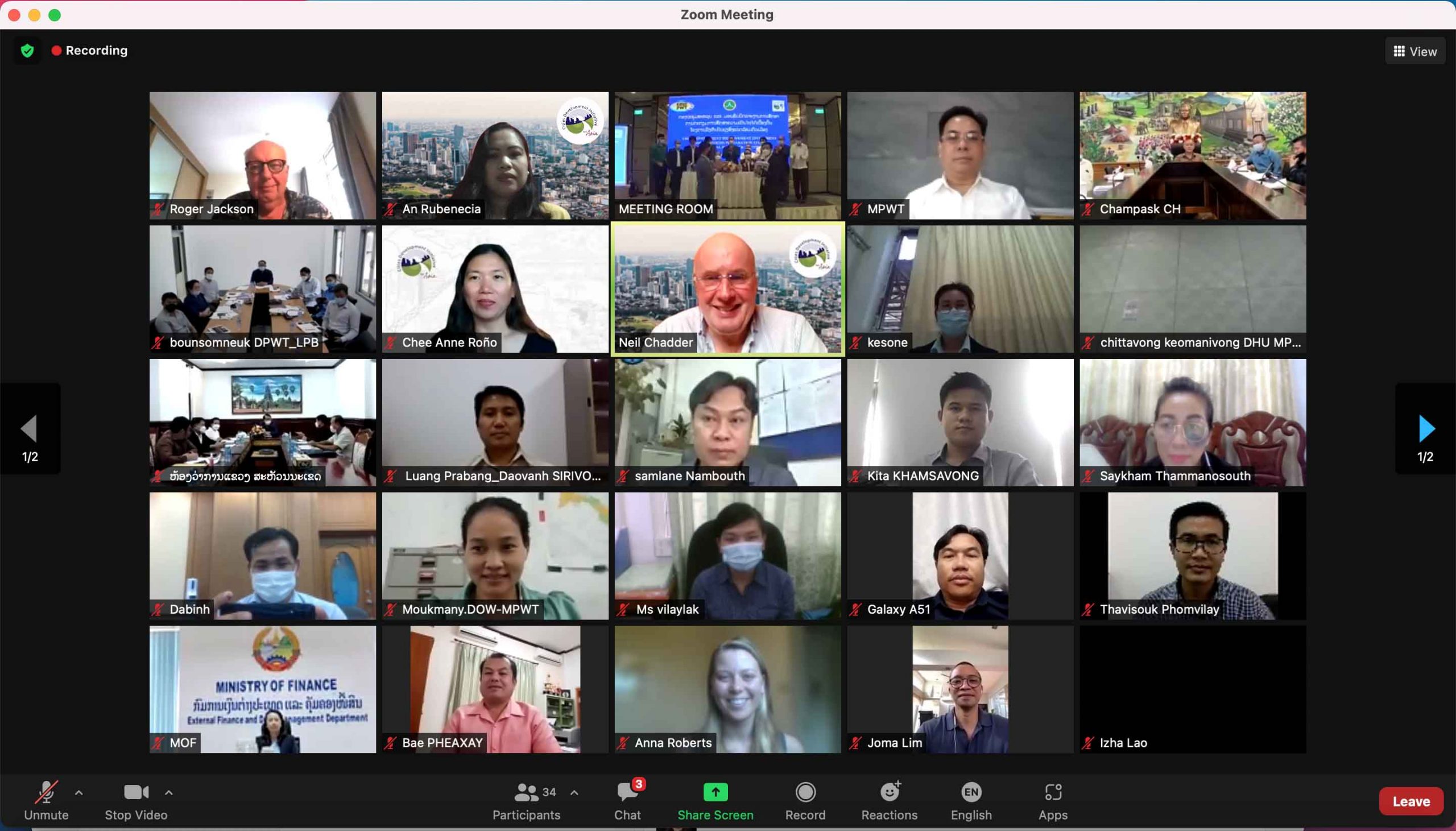 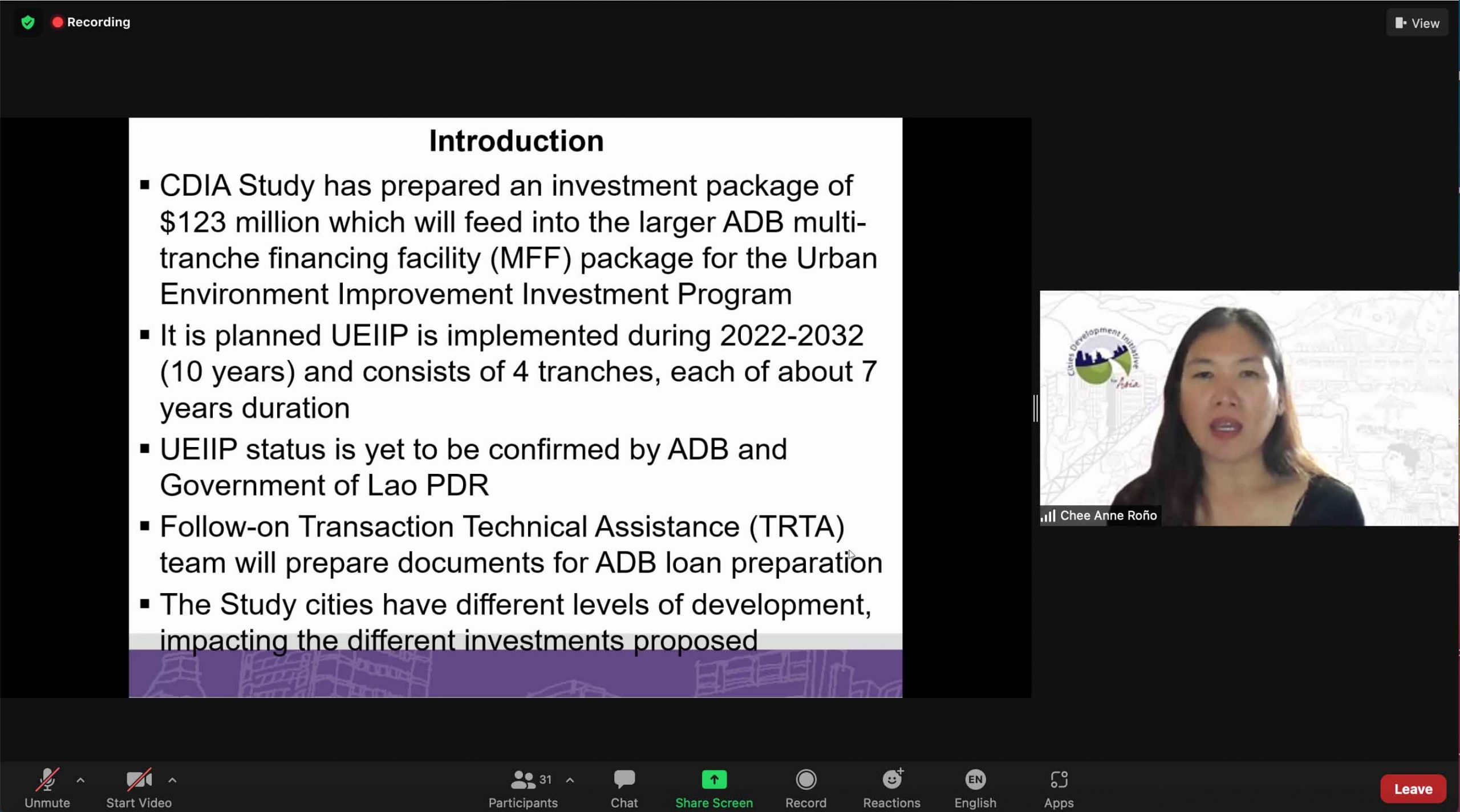 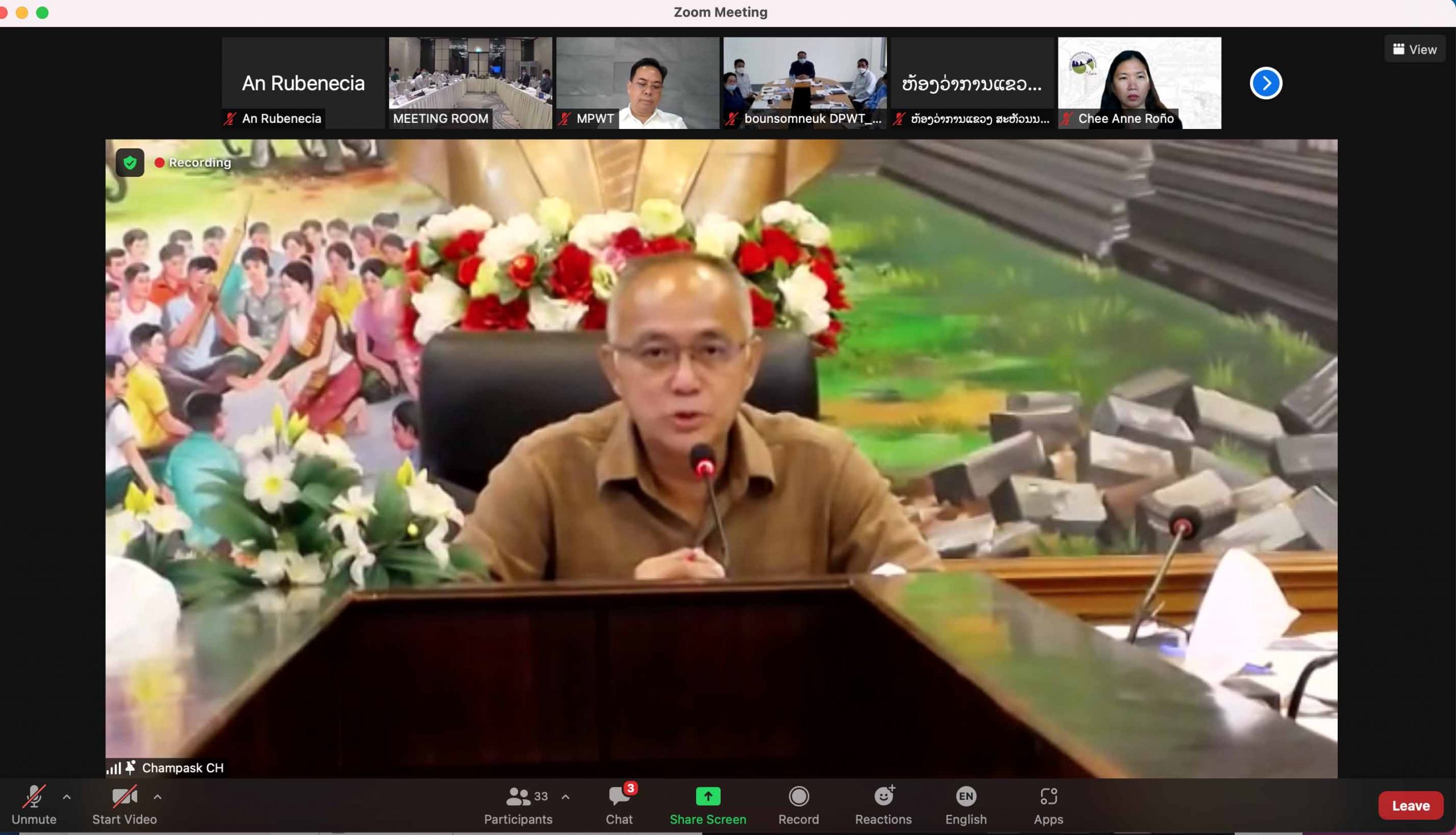 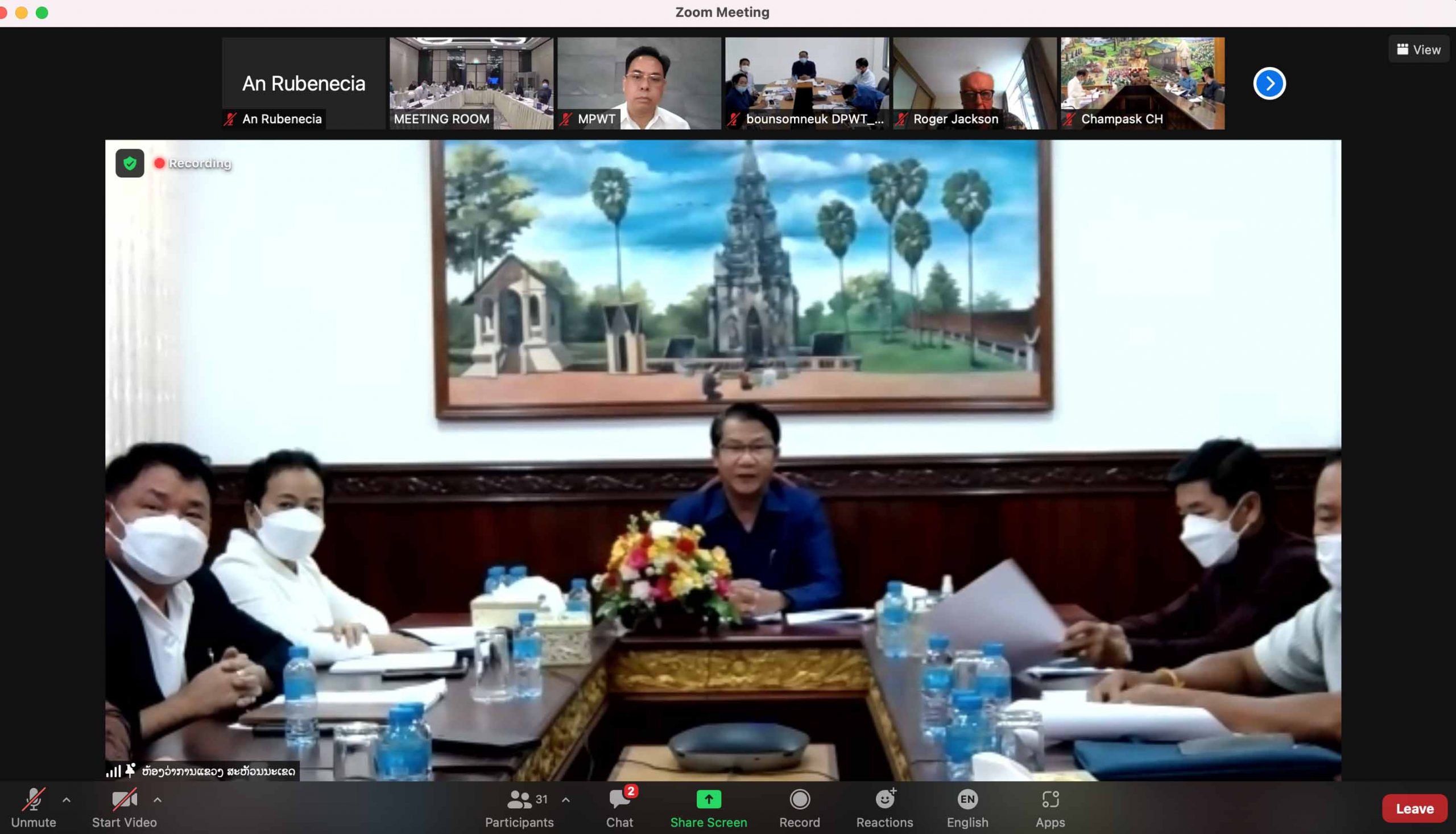 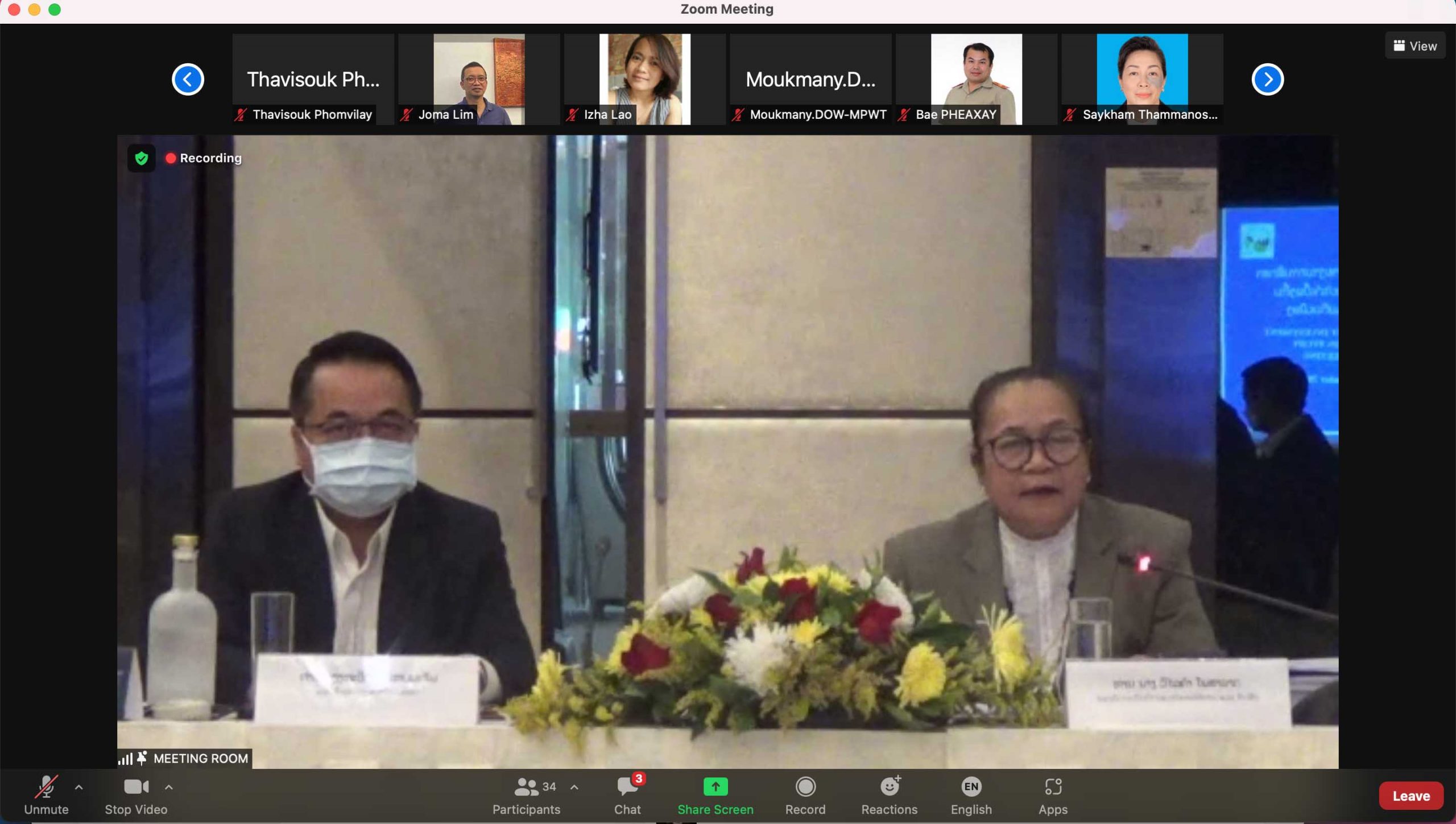