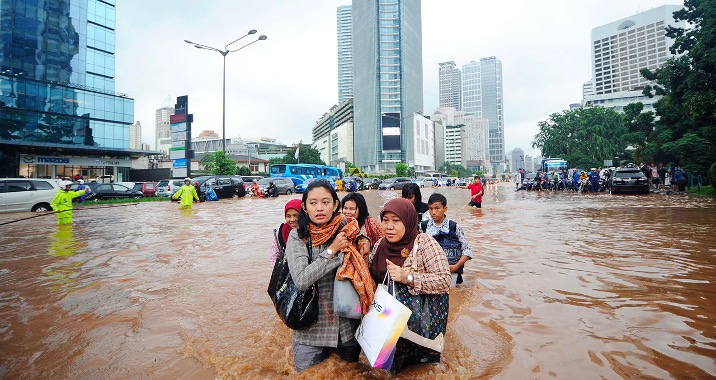 CDIA, in partnership with the Climate and Resilience Hub of Willis Towers Watson (WTW) delivered two training workshops on integrating climate resilience in project preparation on 3 and 8 December 2021.

Each of the two-hour session was specifically designed for city representatives who participated in previous CDIA Virtual Clinics. CDIA and WTW developed a bespoke training agenda that considers the development projects participants wish to develop for their respective city as presented during the clinics’ one-on-one discussion with the CDIA team. It further served as a follow-up activity to help cities refine their project ideas to better consider climate co-benefits and increase their bankability.

As many as 35 city representatives joined the first training session from the cities of Baguio and Naga (Philippines), Palembang (Indonesia), Aktau (Kazakhstan), Pokhara (Nepal) and Bishkek (Kyrgyzstan).

Their discussions focused on adaptation strategies relevant to mobility and urban renewal projects and the ways by which the cities can mainstream adaptation and systemic resilience in infrastructure project preparation.

One participant shared that a key takeaway from the training was “taking into consideration climate change in designing infrastructure projects like drainage, slope protection and other related projects for better and long-lasting effect.”

Another one said that “multiple hazards, including climate-induced pose a challenge to cities in the 21st century. A combination of grey-green-blue infrastructure is the best way forward in addressing these challenges.”

At the second workshop, 28 officials and staff joined from the cities of Tacloban and Dagupan (Philippines), Jeneponto (Indonesia), Khujand (Tajikistan) and Butwal (Nepal). Their discussions highlighted ways by which urban resilience can be improved in the context of water supply, stormwater management and wastewater management.

Participants further shared what they considered to be the hazards, exposure and vulnerabilities in their cities. They also identified climate resilience options, both structural and non-structural, relevant to the projects they plan to develop.

“When you’re thinking about your city projects, think about the hazards, exposure and vulnerability… and look at options systematically (both mitigation and adaptation) and disaster (current and future),” advised Anu Jogesh, Associate Director from WTW who led the training sessions.

“Think about the city’s systems and not just the assets, think about nature-based, capacity building and information and all of the others and not just structural. But of course, look at your own city considerations and what’s feasible for you based on what’s politically and institutionally possible. And when you come up with solutions, try doing it in a participatory manner using multiple criteria analysis,” she added.

The training workshops were supported by Agence Française de Développement and Expertise France to help CDIA mainstream climate change in its operations and strengthen the capacities of its partner cities.

Photos during the training workshops: 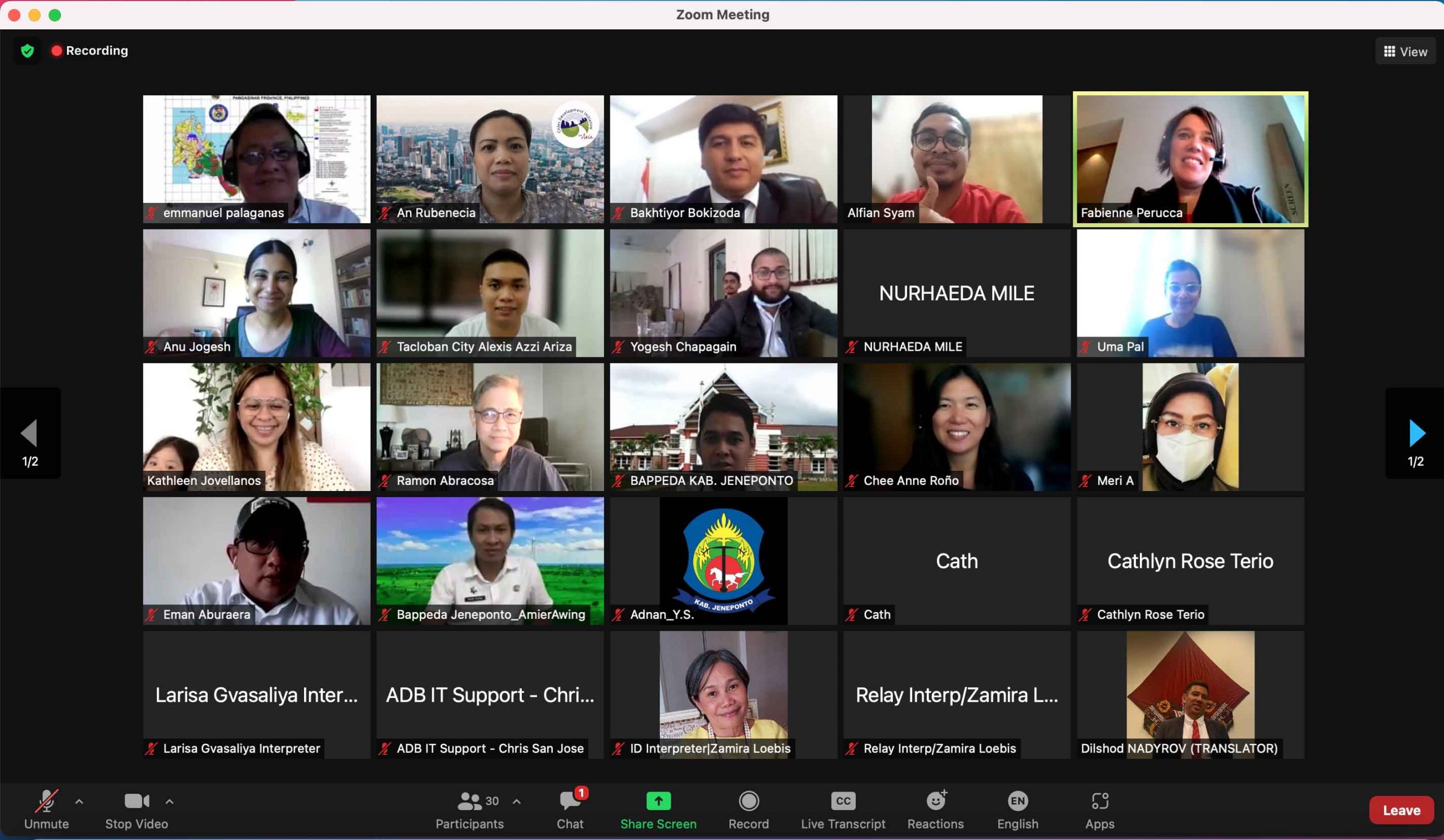 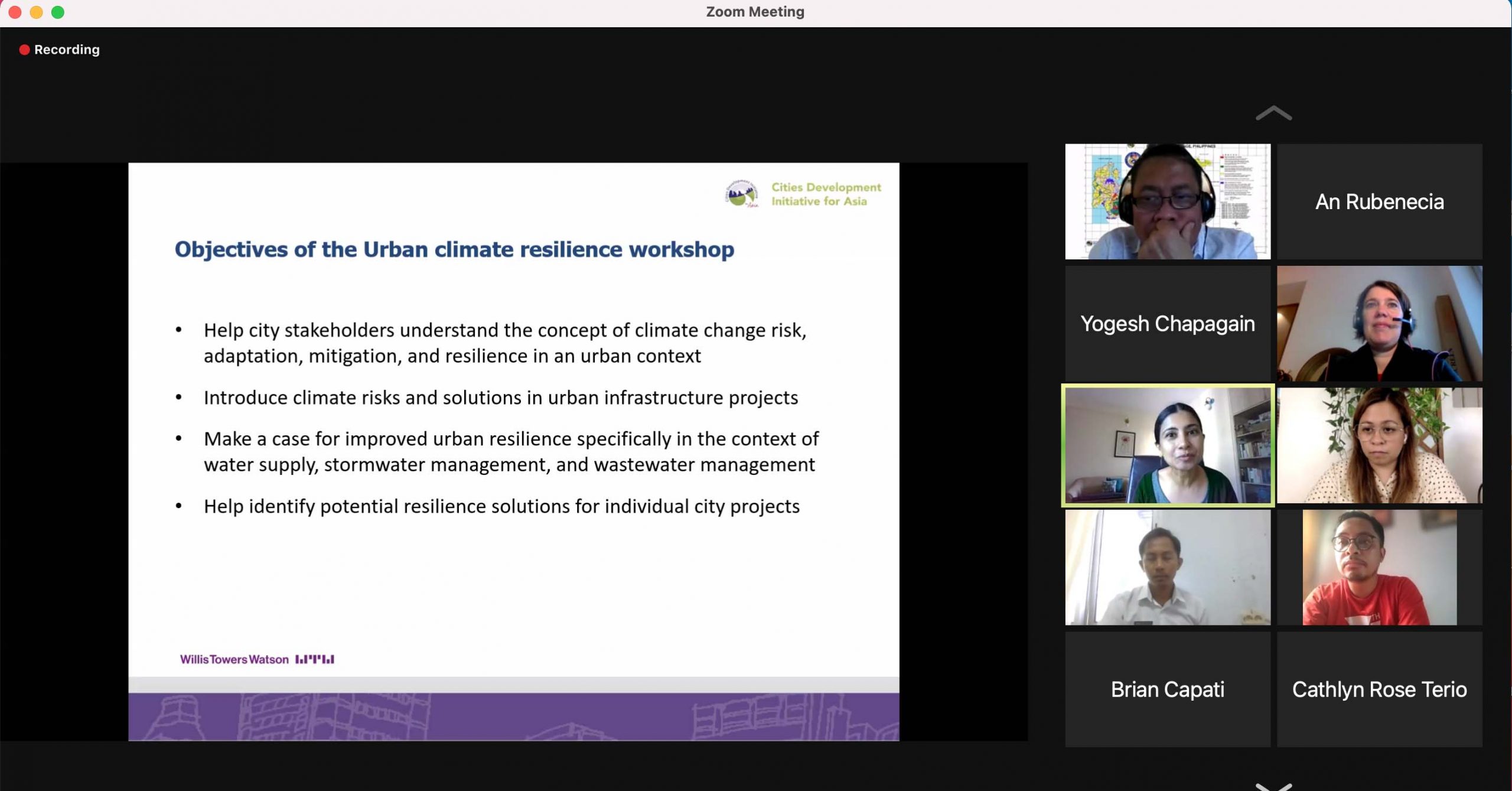 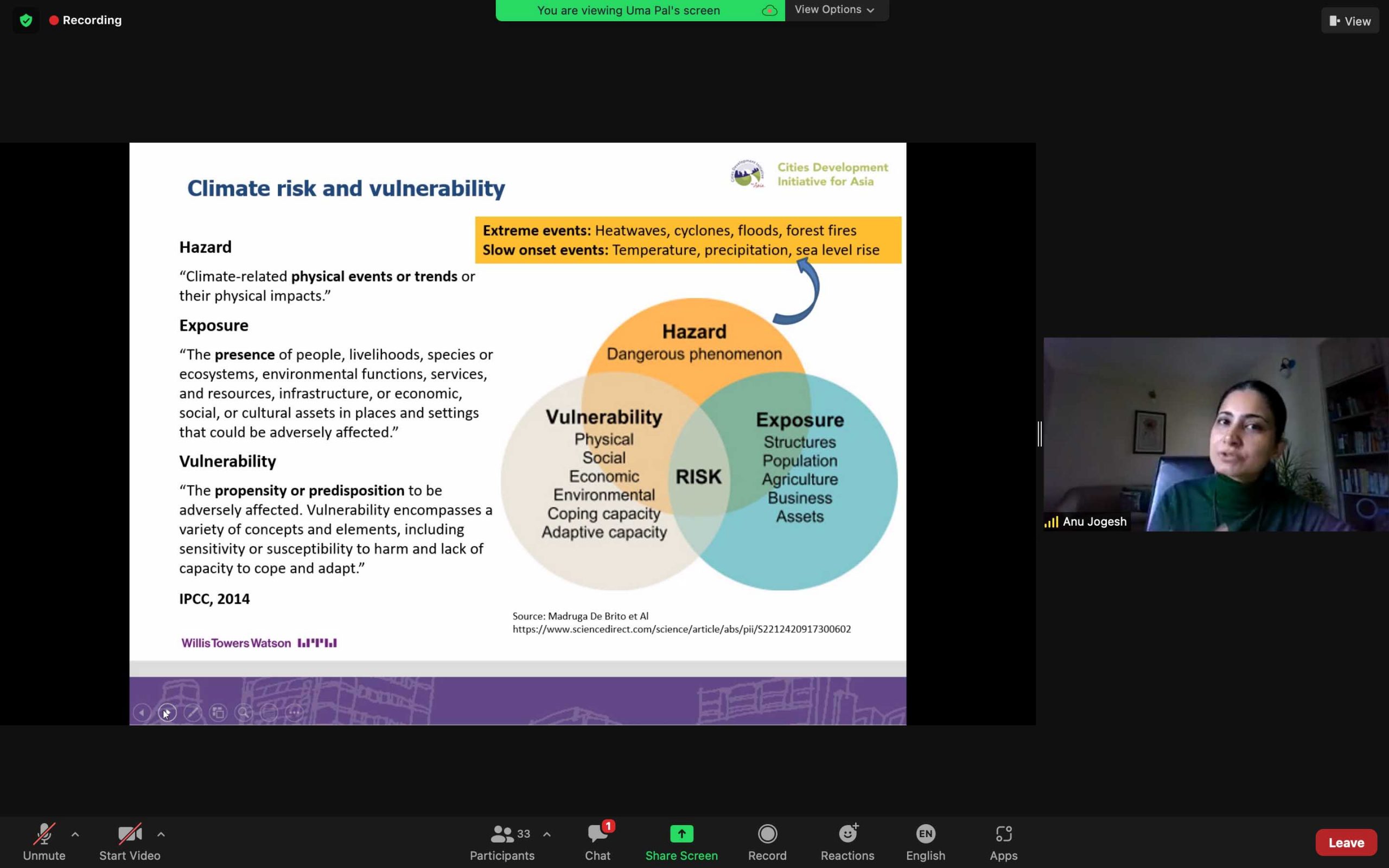