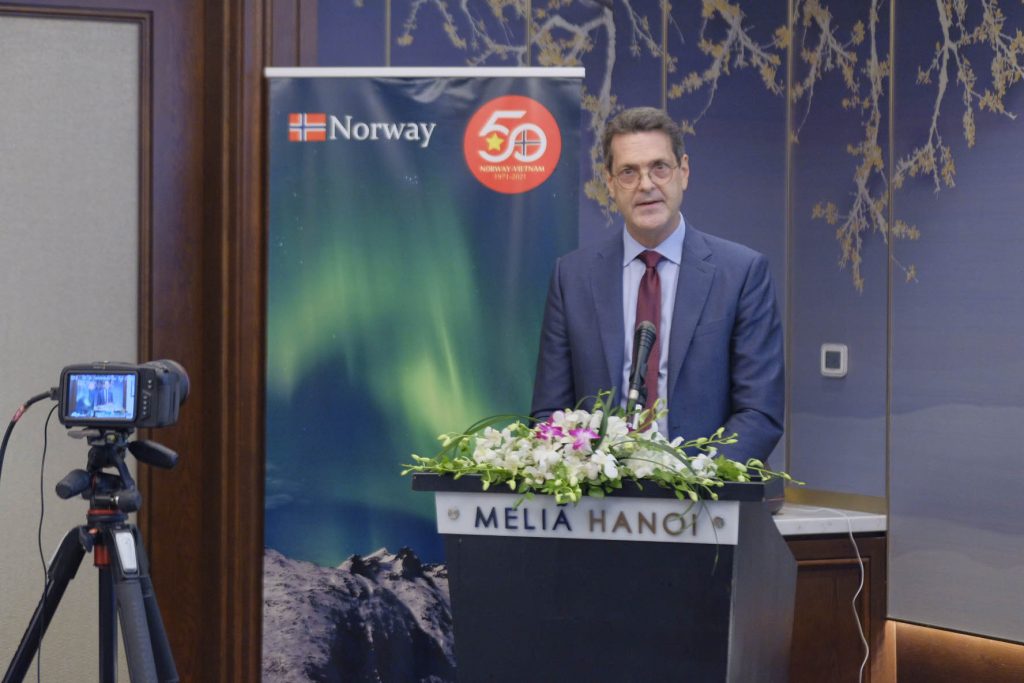 The PPS in Viet Nam aims to prepare a holistic solid waste management project that will promote circular economy and address plastic and non-plastic waste pollution. The PPS in the Philippines, on the other hand, will assess the viability of a ferry system that can improve mobility in the three cities and provide additional capacity to their existing transport systems.

The Asian Development Bank (ADB) co-hosted the webinar on “Multi-stakeholder Approach: A Key to Successful Circular Economy” with the Royal Norwegian Embassy and the Vietnam Environment Administration (VEA) of the Ministry of Natural Resources and Environment on 30 November 2021 in Hanoi, Vietnam. Over 100 representatives from various government agencies, development organizations, the academe and business community joined in-person or over zoom.

At the webinar, CDIA and the Vung Tau City People’s Committee launched their partnership, along with the Alliance to End Plastic Waste, Siam Cement Group and Innovation Norway to prepare an investment program covering all aspects of solid waste management. CDIA will prepare to the feasibility level, priority plastic waste project components that the Alliance can potentially finance for implementation, and develop a financing plan for non-plastic project components.

“Urbanization and the rapid generation of waste have accompanied Viet Nam’s growth in recent years. Even as many cities have become the center of economic activities, many of them require improvements in key urban infrastructure and services, including solid waste management.

The Vung Tau Solid Waste Management Project Preparation Study is one of the pathways by which ADB [through CDIA] is supporting the Government of Viet Nam toward a green recovery post-COVID and a low-carbon growth strategy. The pandemic offers an opportunity to rebuild our communities using more sustainable models to create a better, greener future for all. And one approach is by transitioning to a circular economy,” he said.

Click here for more information on the Vung Tau project. 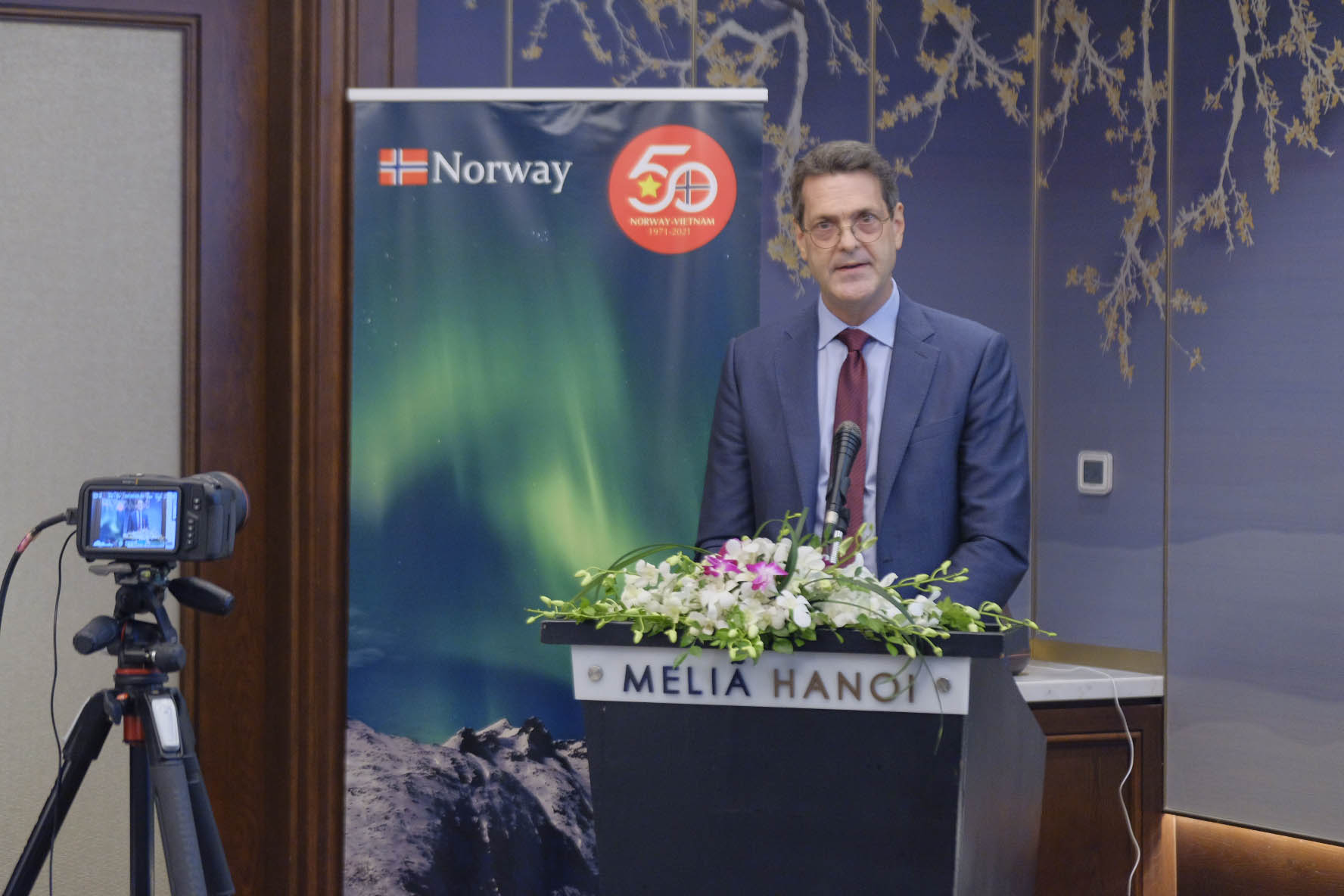 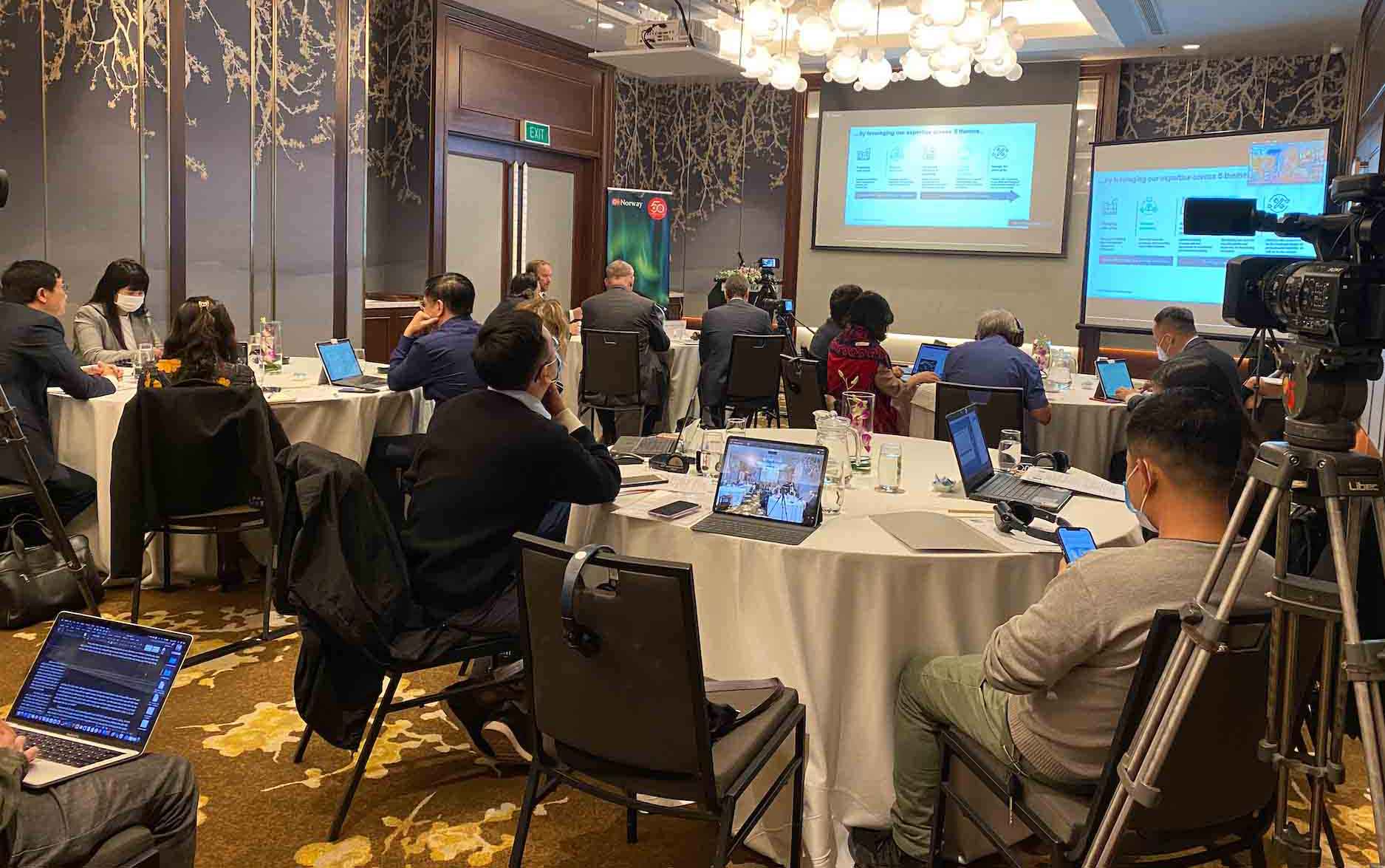 Partners who joined the webinar in-person at Melia Hotel in Hanoi. 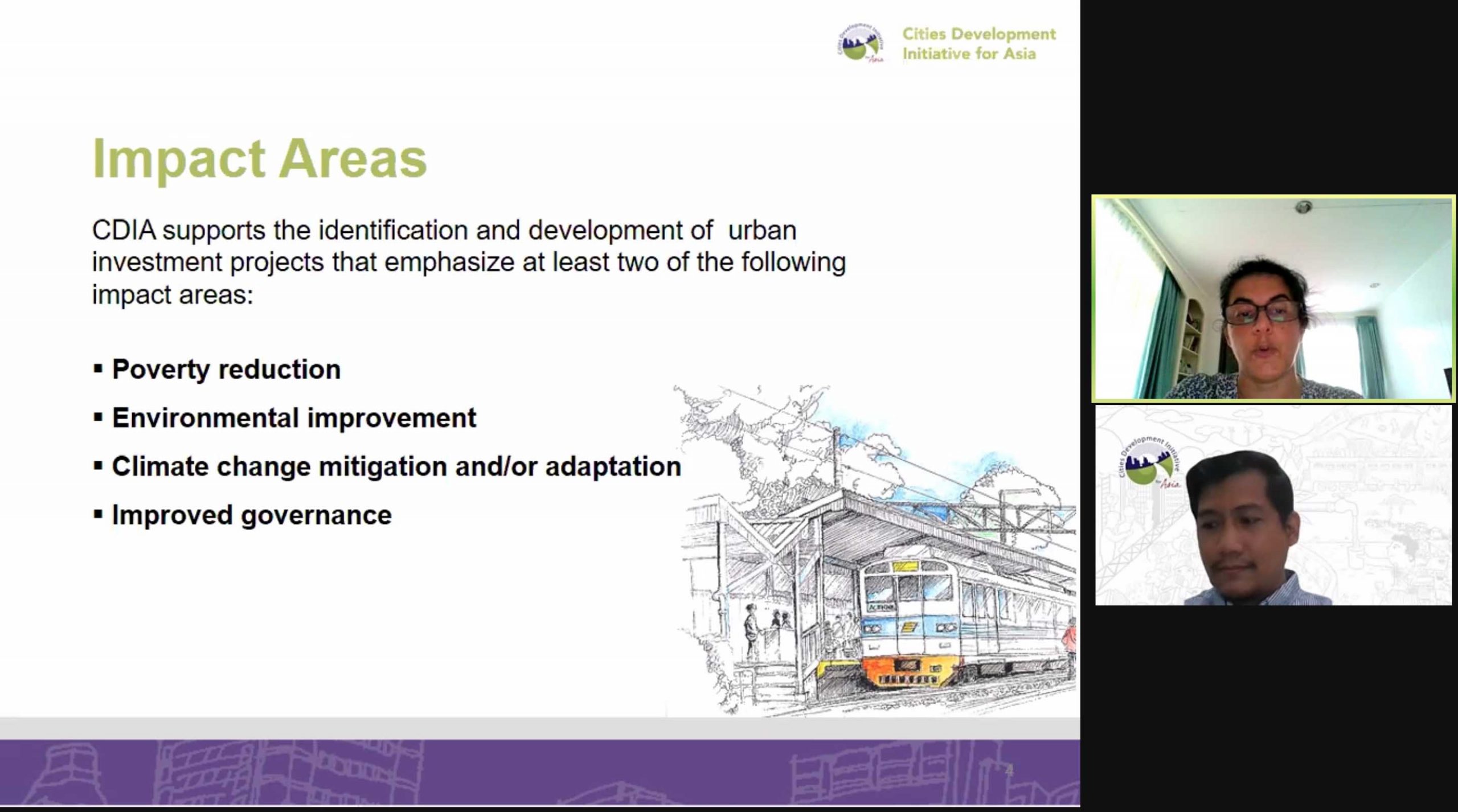 Also present during the ceremonial signing and supporting the initiative were San Fernando City Planning and Development Coordinator Brix Caesar Cafuir, and officials from the National Economic Development Authority, Public-Private Partnership (PPP) Center of the Philippines and the Poro Point Management Corporation.

Under said agreement, CDIA will provide grant assistance to prepare the feasibility study and preliminary engineering design of the infrastructure project related to the proposed ferry system that will serve the three cities. As the implementation of the project will be taken up through a PPP modality, CDIA will support the preparation of a PPP Call for Proposals and its auxiliary documents such as, but not limited to, the invitation to bid, instruction to bidders, a draft PPP contract, and bid evaluation criteria.

The three cities on the other hand pledged in-kind contributions amounting to 10% of the total PPS cost.

“We are committed to work closely with the three cities and other relevant local institutions, NEDA and PPP Center to prepare a robust project with high value addition and project readiness for the private sector to take forward to implementation,” said Lara Arjan during her opening remarks.

Click here for more information on the Tri-city Project. 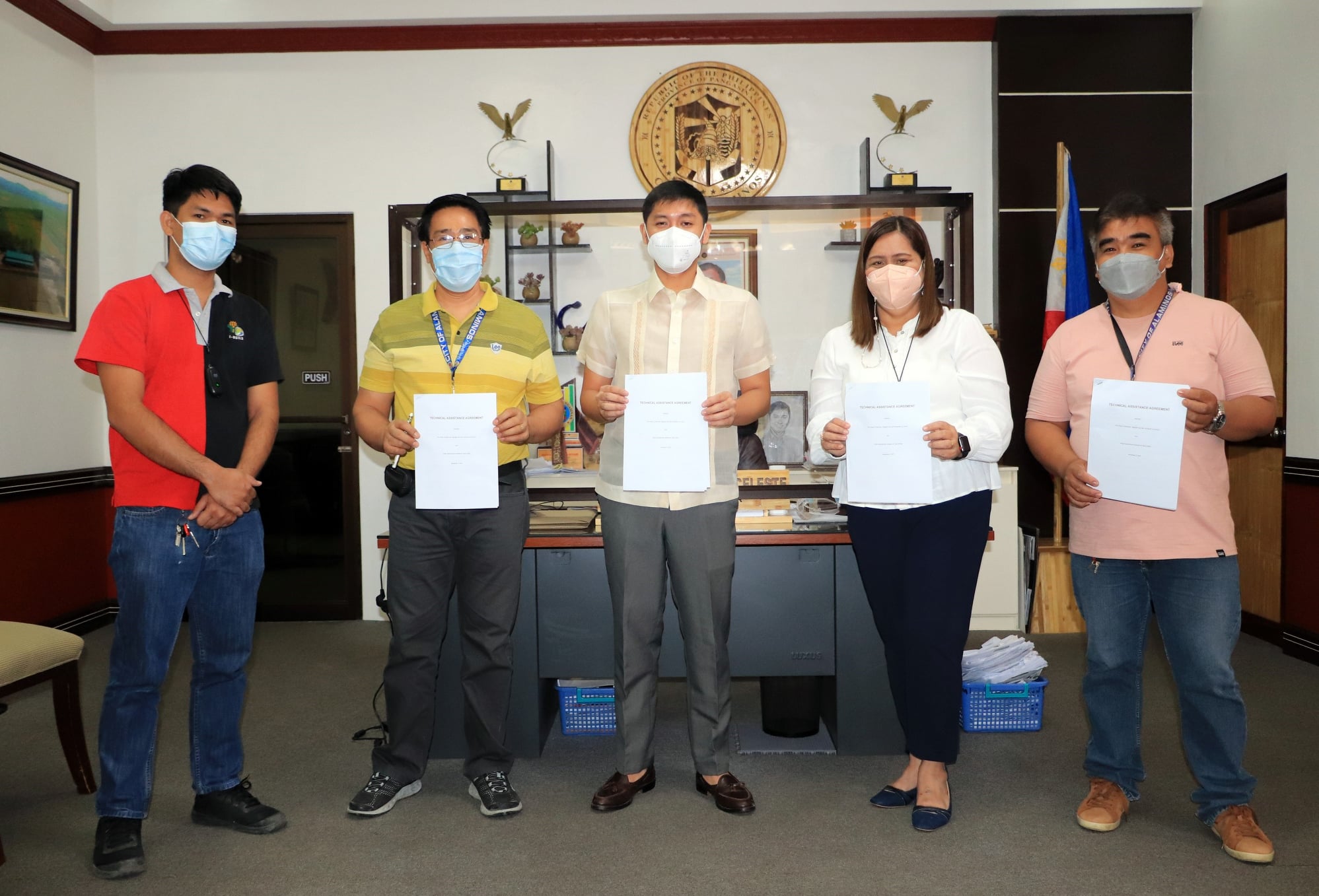 Alaminos City Mayor Bryan Celeste and other authorities during the ceremonial signing of the TA agreement for the Tri-city Ferry System Project. 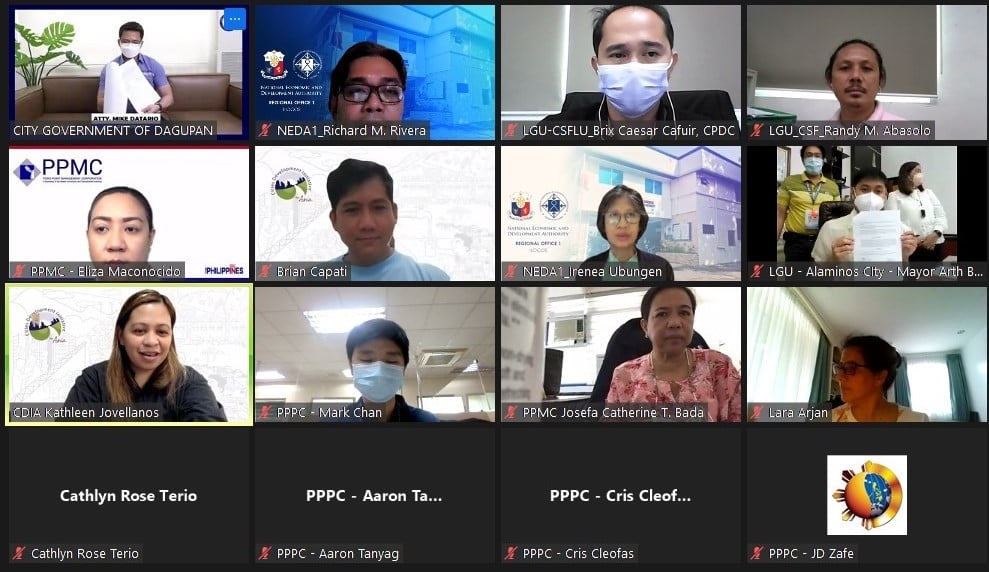 Representatives from key agencies and cities who joined the ceremonial signing of the TA agreement.