Johar Market Is Now A Bustling Economic Center, Reflecting the Glory of Semarang’s Past 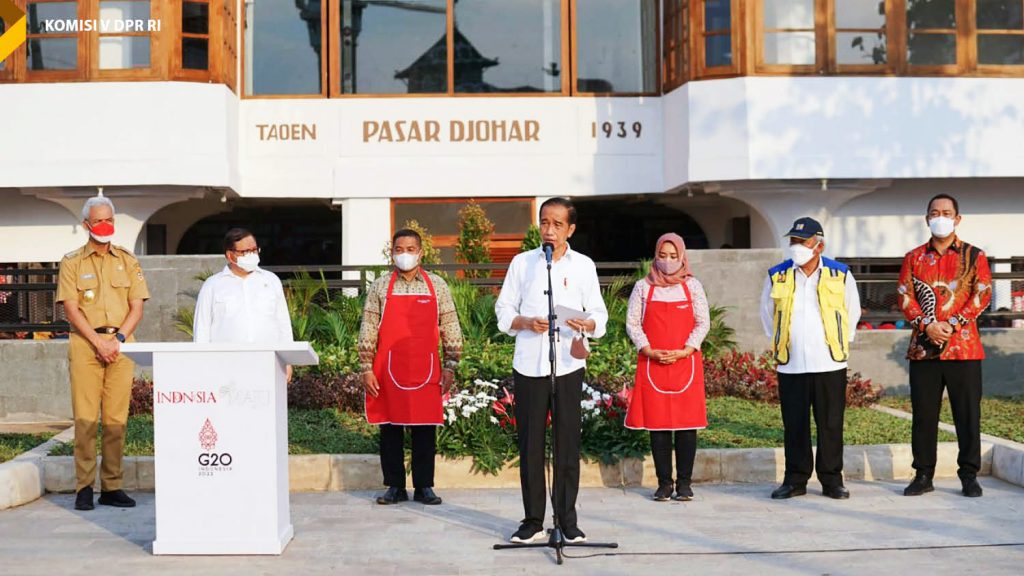 Built in 1939, the market has not only stood the test of time as an economic center, it has also survived two incidences of fire that destroyed the heritage buildings and forced many vendors to relocate to temporary markets.

“Today, I am happy to see firsthand the market that has been completely revitalized, making it cleaner, more modern, organized, and of course without disturbing the [conservation] rules because this is a cultural heritage building complex. I hope this market will become a bustling market, so that it can restore the former glory of Pasar Johar and become a landmark of Semarang City,” said President Widodo during his speech, translated from Bahasa.

For nearly a century, Pasar Johar has been one of the biggest trading hubs in Semarang, serving people’s daily needs from generation to generation. Despite its popularity, the market was in a dilapidated condition, highly exposed to climate elements, and lacked basic facilities to support its efficient functioning.

Committed to revitalize the traditional market, the Semarang City Government (SCG) applied for a project preparation study (PPS) support from CDIA in 2013 to redevelop Pasar Johar and its surrounding area to enable it to continue serving as a major trading center while preserving its historic buildings.

CDIA proposed investment options for the revitalization and climate proofing of Pasar Johar, taking into consideration the city’s redevelopment priorities and land use issues, and the needs of the vendors and potential private investors.

In 2015, less than a year after the PPS was completed, a big fire razed the heritage buildings, prompting the relocation of vendors to other parts of the city. In 2016, another fire broke out, which led to the total relocation of 4,500 vendors to temporary market sites.

At that time, SCG conducted a feasibility study (FS) and detailed engineering design (DED) for the reconstruction of Pasar Johar complex. The DED adopted options from the CDIA PPS, including the revitalization and restoration of the original structure of Pasar Johar Utara and Johar Tengah, development of Yaik Pernai and Yaik Baru, and the restoration of Alun-alun (public square).

In 2021, CDIA conducted a monitoring study to track the progress of its intervention in Semarang; out of which it found key positive impacts of the project.  First, guided by the CDIA PPS, the city was able to realize its objective of restoring the heritage buildings to their original state. Not only that, it has also incorporated climate proofing measures to avoid flooding, such as installing new drainage systems, raising the ground floor elevation above the street level, and making use of energy-efficient and green designs. 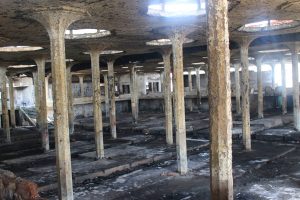 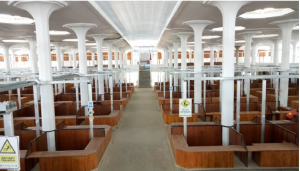 The redevelopment of Pasar Johar along with the improvement of support facilities such as open public spaces will also provide opportunities for the efficient utilization of space and identification of complementary uses that can increase market visitors and tourists. Ultimately, this will allow vendors to diversify into selling products with higher value and profit margins, thus, increasing competitiveness.

Apart from restoring the heritage buildings, the project will provide sustained livelihood to 6,896 vendors (80% of whom are women entrepreneurs) and support their 27,584 dependents. Indirectly, some 400,000 people including buyers and retailers from other traditional markets, individual market goers, pedicab drivers, porters and seasonal workers will benefit from the Pasar Johar revitalization in terms of improved access to income and livelihood opportunities.

Finally, the revitalized heritage buildings provide a more comfortable shopping experience for women, children, the elderly, and persons with disability (PWD) by optimizing the use of available market space; installation of ramps for PWDs, generators, and CCTVs; and provision of toilet facilities for men, women and PWDs, among other gender-responsive and inclusive market redevelopment efforts. 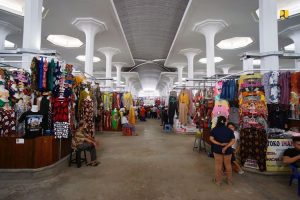 BAPPEDA Semarang City Representative Bapak Safrinal Sofaniadi lauded CDIA’s assistance, saying that they could have intensive discussions openly, and that they have received interesting inputs from the CDIA team in terms of planning for the revitalization of the historic building in a way that the city can benefit economically.

“CDIA team started the revitalization efforts by reviewing and looking for alternative temporary sites to allow a gradual relocation of traders, and then relocating them back once the new market is built. These are the things we didn’t think about before.”

He also appreciated the inclusion of open public spaces for people to use and enjoy in the redevelopment of Pasar Johar: “An open space is created that faces directly towards the mosque leading to the square. In the past, when we went to a traditional market, the mindset was that it was a dirty and scary place. In contrast, the design has led to the concept of an open public space.” 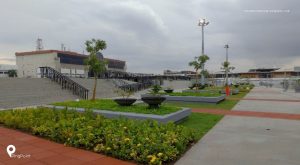