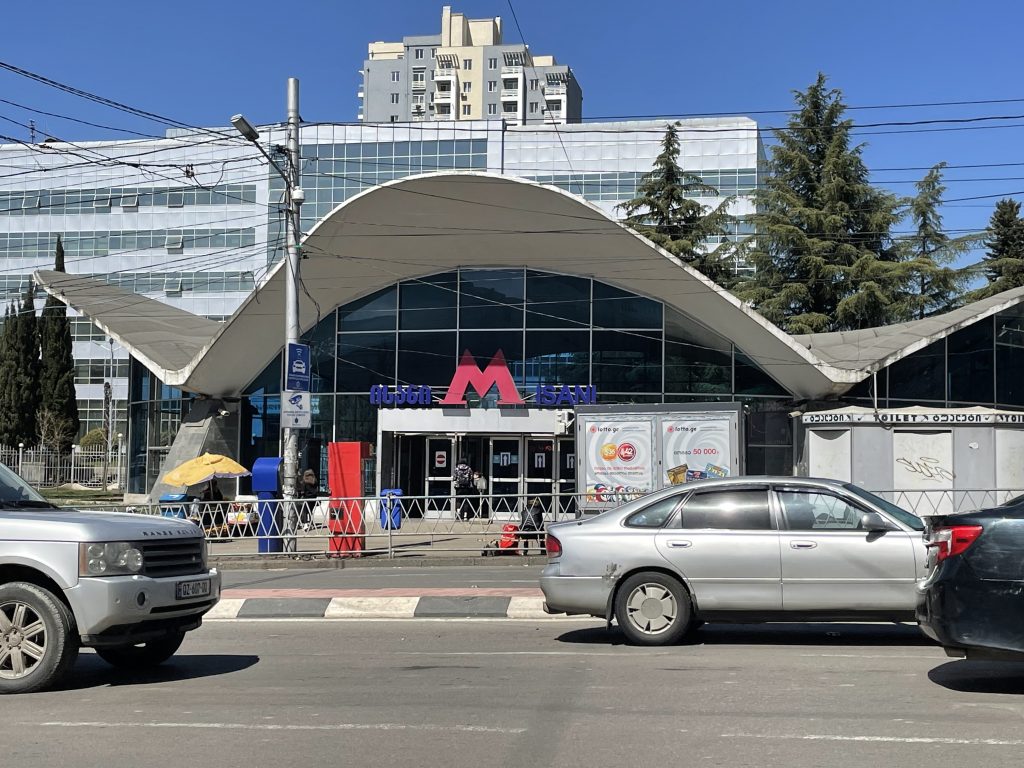 CDIA completed its project preparation study (PPS) for the Georgia Livable Cities Project with a final workshop on 24 May 2022 in Tbilisi, Georgia.

Through the PPS, CDIA developed an investment program to improve universal access and inclusive mobility for all passengers of the Tbilisi Metro, including persons with disabilities (PWDs), elderly, women and children. The project is considered for Asian Development Bank (ADB) financing under the Georgia: Livable Cities Investment Project for Balanced Development.

Tbilisi Metro opened in 1966 as one of the earliest metro systems in the former Soviet Union. It now comprises two lines with 23 stations spread over 27 kilometers, and serves around 500,000 passengers daily.

Despite being the backbone of Tbilisi’s transport system, its accessibility is hampered by several factors, including partly or unmechanized access points, unoptimized passenger flow, commercial encroachment, and absence of safety processes for PWDs.

In line with the government’s aspiration to become a more inclusive city, CDIA developed a package of investments that incorporated universal design principles to provide better and efficient access to the metro system; and ensure equal transport experience for all segments of society.

At the final workshop attended by officials from ADB and the city’s transport agencies, CDIA proposed an $80-million investment program, phased over 15 years.

Its team of experts recommended $30-million worth of priority measures for the initial five years such as the implementation of lifts and escalators, enhancement of indoor and outdoor features in priority stations, and the reorganization of commercial stalls within the vicinity of the Metro stations. They also developed preliminary engineering designs for second accesses in Akhmateli and Marjanishvili stations to improve passenger capacity and relieve congestion.

CDIA likewise produced detailed accessibility guidelines to address specific metro-related issues. Patterned after existing regulations in Georgia and international standards, they served as a reference for preparing the detailed designs of the investment projects. They will also guide other metro upgrade projects at present and in the future.

The team further introduced soft measures such as staff training and awareness campaigns to mainstream accessibility in the city’s transport governance.

The investment program was based on a comprehensive examination of the issues and gaps in all metro stations. CDIA developed a customized framework that considers all perimeters of relevance, and key topics along these areas. It then carried out a multi-criteria analysis, and stakeholder consultations to prioritize the stations needing the most urgent interventions.

The Georgia Livable Cities PPS is the sixth CDIA intervention in Georgia, supporting their efforts toward developing more attractive, livable and sustainable cities.

“I want to thank you all for the good cooperation with us,” said Giorgi Sharkov, Tbilisi Transport Company Director, during his introductory remarks. “I hope that finally we will have something, which can help us upgrade our services. This project is very important and we will continue to implement these actions to reach what we want to reach.”