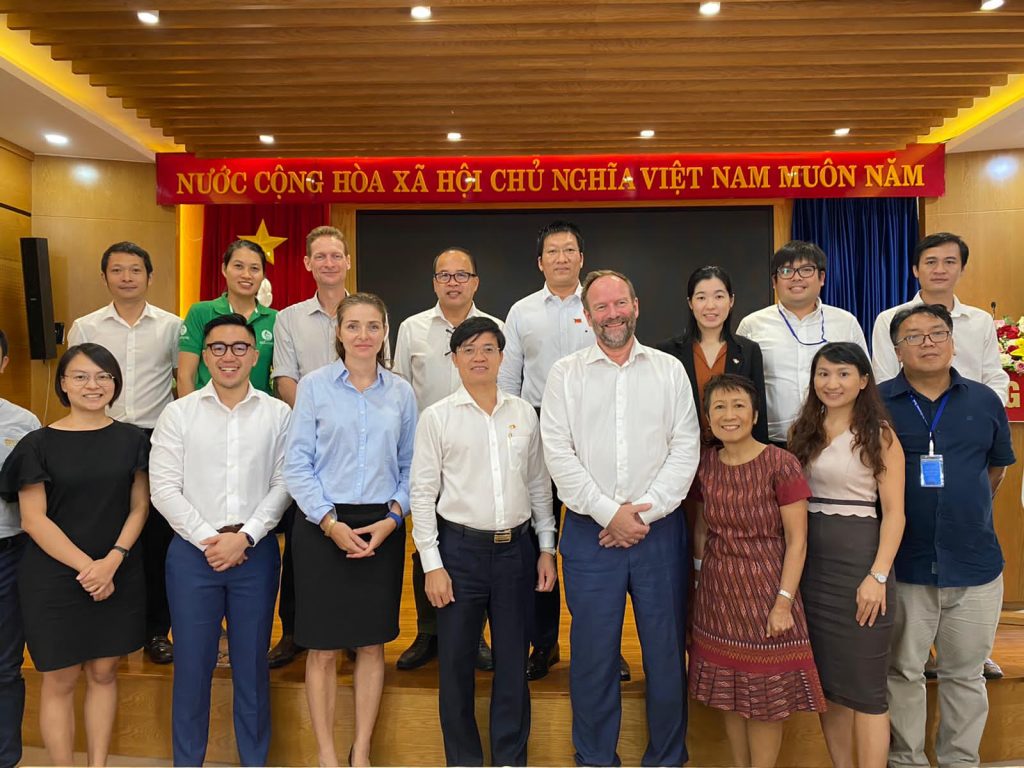 CDIA on 10 November 2022 capped off its project preparation study (PPS) in Vung Tau City, Viet Nam with recommendations on how it can reduce waste (in particular plastics) that ends up in its landfill or leaks into ocean; and scale up recycling toward a circular economy.

Viet Nam generates about 3.7 million tons of plastic waste every year with only 10-15% of it being recycled.Vung Tau City in the country’s Southern Key Economic Zone is facing solid waste management (SWM) challenges such as low recycling rate despite a high level of waste collection, absence of segregation at source, overloading of waste in open-container trucks, and heavy traffic at transfer stations, among others.

With support from CDIA, the government is aiming to holistically address key SWM issues in the city, with an emphasis on developing components to reduce plastic waste.

CDIA first conducted a comprehensive analysis of the existing SWM processes in Vung Tau and based on the assessment, it recommended four sub-projects, namely, (1) source segregation of waste and recovery of recyclables; (2) recycling apps for SWM public awareness, tracking recyclables, data collection, and compensation; (3) solid waste collection and transport upgrade; and (4) Material Recovery Facilities (MRF). These will not only resolve the existing problems in Vung Tau but will also contribute to climate change mitigation and greenhouse gas (GHG) reduction; environmental, social and economic improvements; enhancement of the city’s image as a prime tourist area; social consensus; and infrastructure development.

The MRF was identified as the principal investment project, which is expected to boost the income of SWM operations by 70%. CDIA prepared the feasibility study and the full proposal application for submission to AEPW for potential downstream financing. It likewise developed a financing plan for non-plastic waste project components.

In addition, CDIA recommended addressing various capacity development issues to strengthen the operation and sustainability of the investments. Actions include the development of operational manuals on integrated SWM in Vung Tau in general and on the waste transfer stations and MRF in particular. There is also a need to raise awareness of the general public on waste management; as well as carry out a comprehensive training of government institutions on their roles, standards, general management capacities, and advocacy skills, among others.

The proposed SWM system is expected to reduce GHG by 83,925 tons of C02/year. Although none of the SWM assets are expected to be impacted by flooding, which is a common occurrence in the city, the marine ecosystem and associated livelihoods will likely be affected when SWM operations are disrupted, according to the climate vulnerability and risk assessment. Therefore, appropriate mitigation and adaptation measures need to be incorporated to achieve the climate co-benefits that the project has the potential to deliver.

Based on the social and environmental due diligence, CDIA outlined measures for mitigating potential negative environmental and social risks. A key example has to do with the acquisition of land for the development of any new transfer facilities, but which will need to be addressed through appropriate implementation of Vietnamese land-related laws and legislations.

“On behalf of the city government, we thank ADB-CDIA, the People’s Committee, ESC and all members in the meeting for their support to Vung Tau City’s solid waste management,” said Mr. Vu Hong Thuan, Vice President of the Vung Tau People’s Committee/Mayor during the workshop.

Photos during the final workshop: 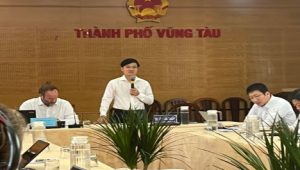 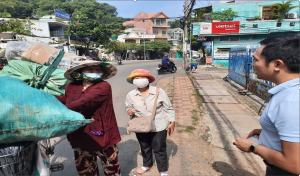 Urban Development Specialist Cory Naz interviewing Ms. Ha, an informal waste collector in Vung Tau City. Ms. Ha remarked, “I collect recyclables like plastic bottles from the households using my bicycle from early morning till late afternoon and sell them to junkshops.” She will benefit from a more organized system of waste segregation and the sale of plastic waste through the proposed MRF.