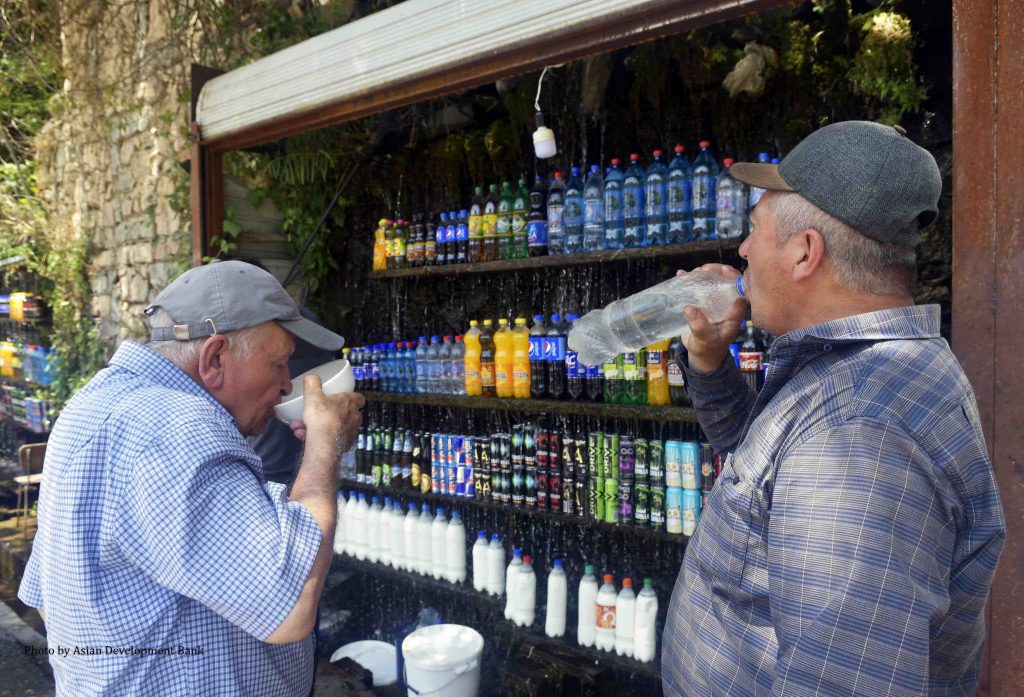 In September 2018, the Asian Development Bank provided a $41 million grant assistance to the Dushanbe Water Supply and Sanitation Project (DWSSP). The purpose of the DWSSP is to improve inclusive and sustainable access to safe and resilient water supply and sanitation (WSS) services in the city. The DWSSP is based on the PPS prepared by CDIA and submitted to Dushanbe City in June 2018. The CDIA PPS prepared 20-year road maps for water supply and sanitation, together with a road map for institutional capacity development having short-, medium- and long-term interventions. Based on the two road maps, CDIA prepared a priority project, which aimed at reducing non-revenue water in Shohmansur district, improving the sanitary condition in the southeastern part of Dushanbe and pursue key capacity development measures. The estimated value of the priority project was $75.58 million. With a value of $41 million, the DWSSP covers approximately 55% of the CDIA prepared priority project.

At the time of the PPS application, Dushanbe City was seeking a further grant from the ADB with a value of $ 35.0 million. The purpose of the new grant is to continue with the implementation of the CDIA priority project and support the implementation of the critical WSS interventions which were not included in the original project due to the limited funds. The primary objective of CDIA’s follow-up PPS support was to prepare the updated technical feasibility and preliminary engineering designs of the WSS infrastructure elements of the Additional Financing for DWSSP for ADB grant financing covering (i) the rehabilitation and expansion of the urban water supply infrastructure including water transmission, pumping stations, storage, distribution system and customer connections; and (ii) the rehabilitation of portions of sewerage main pipeline as well as the expansion of the sewerage system to unserved areas in Shohmansur district.

CDIA has begun a new project preparation study (PPS) in Dushanbe, Tajikistan to ensure the availability of water supply and sanitation (WSS) services for its residents. “We are delighted to work ...

At the project confirmation workshop held 19 May 2021 in Dushanbe, Tajikistan, city officials and other partners endorsed the scope of physical works proposed by CDIA under its project preparation ...