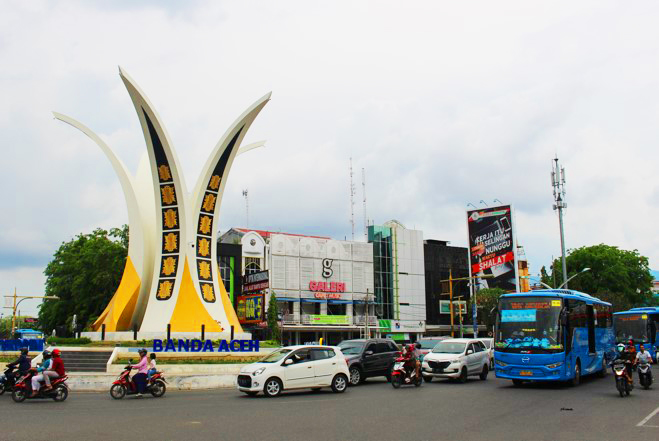 Banda Aceh’s role as the economic and social center of Aceh has turned the city into the most dynamic and developed city in the Province of Aceh.  However, economic development and land use changes have not been accompanied by significant improvement in the city’s public transportation system.  Presently, public transportation in Banda Aceh is served by the local transportation mode called labi-labi which is generally of relatively poor quality and is unable to compete with the increasing number of private vehicles (mostly cars and motorcycles).  Unfortunately, this rapid increase in vehicles has resulted in a large number of accidents, congestion at rush hour on many of the city’s roads as well as deteriorating air quality.  Unless a sustainable urban transport intervention is adopted by the City, this worsening set of circumstances will continue to degrade the existing labi-labi sector, increase congestion and, with it, declining levels of road safety.

CDIA’s role was to review and update the original pre-feasibility study (PFS) prepared by the city’s Transportation Unit to produce a detailed strategy to support the effective implementation of a public transport network with the expectation being that a BRT system will be the central feature of such a network. Specific questions that were addressed by the CDIA study include: (i) based on the results of the O/D surveys and the analysis within the PFS Report, does the city of Banda Aceh really need a comprehensive new BRT system or are other alternatives? (ii) for the key 2-3 corridors of maximum current and anticipated future travel demand, what are the physical constraints and opportunities offered to accommodate a future BRT? (iii) what kind of strategies, policies and both push/pull measures will be needed to facilitate the take-up of BRT services? and (iv) what can be done to ensure, and sustain, the financial viability of whichever BRT system is implemented?

When fully implemented, the project is expected to improve personal mobility by reducing travel time through providing a high-quality rapid transit experience at an affordable cost. Simultaneously, the BRT can reduce the number of personal vehicles on the road by attracting existing users of private vehicles who desire a comfortable, efficient, safe, and affordable mass transportation service. As a result, the BRT can decrease traffic congestion in the city.