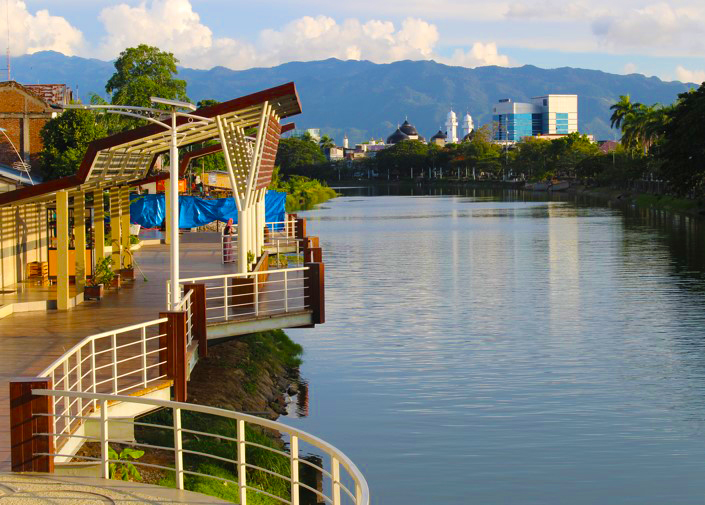 Banda Aceh, the capital city of Aceh Province in the western part of Sumatra in Indonesia, was severely hit by the tsunami in December 2004. Thousands of people lost their lives and many more saw their livelihoods washed away by the catastrophic waves. Although some of the basic infrastructures were rehabilitated through international aid, the city’s old central business district (CBD) was still badly in need of infrastructure that could help revitalize its economy.

CDIA provided technical assistance to the city of Banda Aceh in the conduct of a pre-feasibility study (PFS) of the Consolidated Urban Development Program for Krueng Aceh River. Specifically, CDIA supported the following activities: (i) investigation of the viability of a comprehensive river-based urban infrastructure development program; (ii) preparation of an investment plan and linking the prioritized projects to financing; and (iii) strengthening the capacity of the project coordination unit of the city government (TimKo) in preparing and implementing infrastructure investments.

When fully implemented, the consolidated urban development program in the old city center is expected contribute to the expansion of the economy of Banda Aceh through increased commercial activity in the area and improved environmental quality that will ultimately benefit some 20,000 residents, about half of whom are women.

Bringing Out the Unique Charm of Banda Aceh

Many people came to know Banda Aceh when it was severely hit by a tsunami in 2004, which claimed thousands of lives and destroyed livelihoods. What they might have missed ...