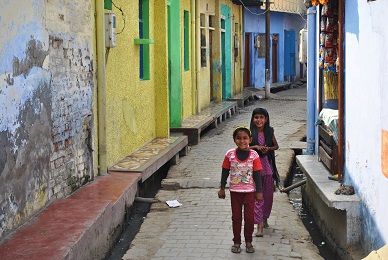 Constructed between 1902-1925, the Colombo Sewerage System (CSS) presently covers nearly 80% of the Colombo Municipal Council (CMC) area while also catering to two adjoining municipalities and 11 other locations. The CSS underwent several improvements with additional assistance from the ADB under the Greater Colombo Wastewater Management Program and the Greater Colombo Water and Wastewater Improvement Investment Program. However, the rapid expansion of urban areas exacerbated the issues related to maintenance and under-capacity of some of the sewers. About 30% of the city population live in under-served or unsewered settlements, causing environmental pollution and endangering the health of the population. Free services provided by CMC to the residents further constrained the delivery of adequate service and sustainable operation and maintenance of the system.

CDIA-supported activities included: (i) analysis of the wastewater sector in Colombo’s Urban Development Strategy; (ii) formulation of a pre-feasibility study for the wastewater network, pumping and treatment facilities and integration of stormwater and solid waste management components; (iii) identifying possible financial resources and cost-recovery options to maintain a sustainable system in the future; and (iv) identifying capacity gaps in the project preparation and implementation with a view to strengthening of the existing management system.

When fully operational, the project is expected to: (i) minimize the release of untreated sewage into the environment thereby avoiding pollution of groundwater and improving the quality of water bodies in Colombo; (ii) improve living conditions of people residing in unsewered areas; and (iii) reduce the risks to public health posed by water borne diseases especially among the poor and disadvantaged.

Interim Phase of the Wastewater Management study in Colombo

On 4 September, CDIA gave the midterm presentation on sustainable wastewater management in Colombo at the Ministry of Local Government and Provincial Councils in Colombo, Sri Lanka. The CDIA consultants introduced ...